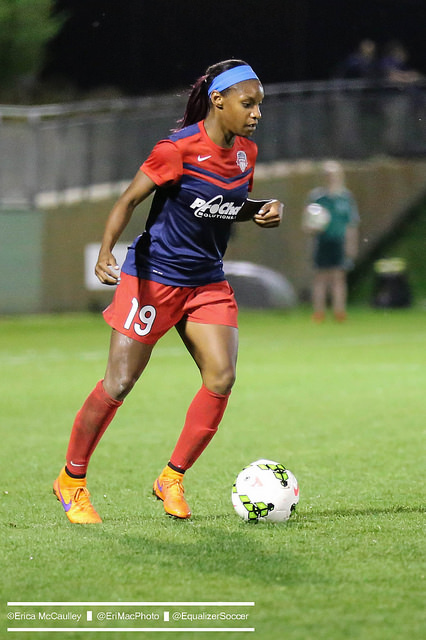 The Breakers face elimination while the Flash and Blues will be trying to jump over the Dash into fourth place. Sunday, FOX Sports 1 airs its first game from Providennce Park.

Points of Interest: The Breakers have now lost five consecutive home games and are winless in their last nine overall. If they lose this one and Kansas City beats the Flash they will be officially eliminated from playoff contention. To snap out of their slump they will need to stop Crystal Dunn whose remarkable season peaked last weekend with a hat trick against the Dash. The Breakers have allowed more goals than any other team by a considerable margin. They will need to clean things up in back to have any chance of returning to the win column. The only positive is the return of Julie King who served a red card suspension and did not travel to Portland midweek.

Points of Interest: A huge match between two teams trying to crash the top four, both of whom have been inconsistent throughout the season. The Flash have integrated nearly a full squad of rookies and are still trying to iron out some of the kinks that go with the territory of fielding a young club. FC Kansas City looked to be moving in the right direction until their World Cup players came back and they suddenly began to struggle. One of those, Lauren Holiday, is injured and listed as doubtful for this one. Both teams like to knock the ball around so this one should be fun.

Points of Interest: These teams have drawn five straight matches dating to 2013. The most recent meeting was in April when the Thorns rallied from an early 2-0 deficit to earn the point on the road. But that match was the start of a tough stretch for the Thorns, who have broken out of it with two consecutive wins. But the Red Stars represent a rested side that has risen to the top of the league thanks to the scoring exploits of Christen Press and Sofia Huerta. A third straight win will put the Thorns in fourth place by the time they go to bed Sunday night, but a different result will leave them in a chasing position. The Red Stars are three points off first place with a match in hand. This is the match. Any dropped points will take the situation out of their hands. Steph Catley remains out for the Thorns.