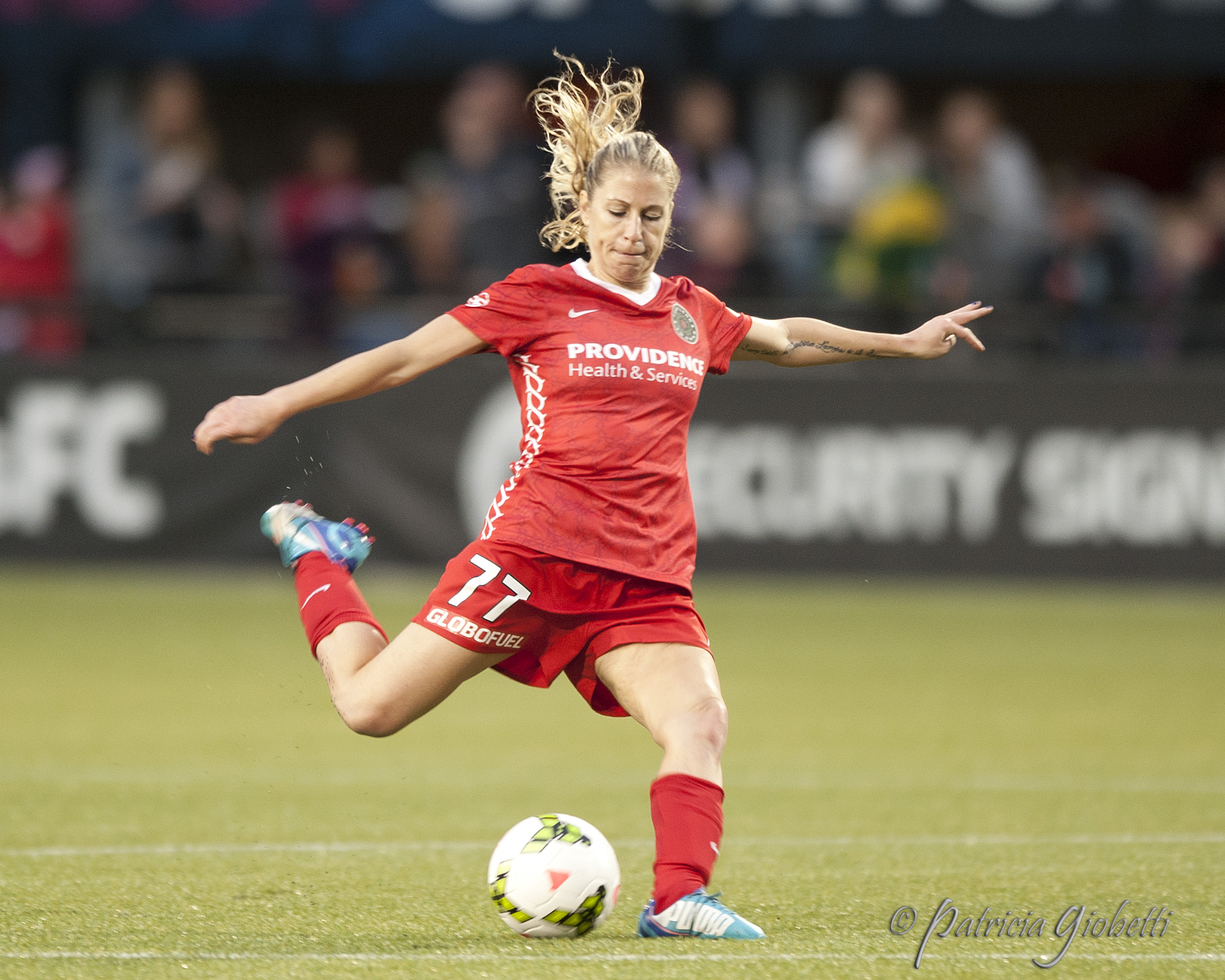 McCall Zerboni notched her first two goals as a Portland Thorn to lead the Rose City club to a rousing, 5-2 victory over Breakers on Wednesday night to move within a point of fourth-place Houston. The Thorns were dominant from the opening kick and opened the match up with a three goals over seven minutes just after halftime. The Breakers dropped their fourth in a row to equal their club record.

With Alex Morgan still out and Ayo Ayonma with her national team, Paul Riley sent Jodie Taylor out for her first action since the World Cup. The move paid nearly immediate dividends when she turned on three Breaker defenders in the 16th minute and blasted a shot to the far post from the opposite corner of the penalty box. It was the first goal as a Thorn for Taylor.

The Thorns continued to take the action to the Breakers throughout the first half, but some good play by goalkeeper Alyssa Naeher kept the match 1-0. Naeher’s hard work paid off in the 36th minute when the Breakers equalized against the run of play when Kat Williamson headed a cross into her own goal.

Taylor, still on the mend from a summer-long injury, came out after halftime in favor of Mana Shim. The Breakers offered a hint of early pressure, but in the 49th minute the Thorns began to drop the hammer. Zerboni snuck around the left edge of the Breakers’ defense and received a perfect ball from Allie Long to set herself up alone against Naeher. The finish was clear to give the Thorns the lead.

Four minutes later Sinclair tried to find Shim with a cross from deep on the left side only to have Naeher knock it away. But no one marked Zerboni and when the ball landed at her feet she had an easier finish than the first to make it 3-1. Three minutes after that Sinclair continued her playmaker role by laying a ball in the box off for Shim who beat Naeher with a crack to make it 4-1.

Long got herself on the scoresheet in the 66th minute when she followed up a rebound. The Breakers got another goal against the run of play in the dying minutes. Emily Menges touched the ball with an extended elbow inside the penalty area and Kristie Mewis beat Michelle Betos with her penalty.

“I think from the first whistle we were doing all the right things as a team,” Zerboni said in a post-match interview on the webcast.

The Thorns’ (5-6-4, 19 pts.) second straight win moved them to fifth place on goal differential from FC Kansas City. They host the Red Stars on Sunday. The Breakers (3-10-3, 12 pts.) remain last, eight points off the playoffs. They are the only NWSL club to have played 16 times. They are home to the Spirit on Saturday.

The Lowdown: The anatomy of a hat trick
Thorns acquire rights to Lianne Sanderson