CONCACAF Olympic qualifying in US in February 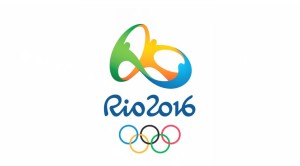 The Olympics begin one year from Wednesday.

CONCACAF women’s Olympic qualifying will take place in the United States in February 2016. Dates and venues are yet to be determined, but it will be a multi-city event, a source tells The Equalizer.

FIFA.com lists qualifying as taking place in January, but that is incorrect. CONCACAF has not made any official announcement. Venues are not yet finalized.

Mexico planned on hosting the 2016 Olympic qualifying tournament in Cancun, a federation official told The Equalizer, but plans changed when Atlante — the local team set to host the tournament — was relegated to the second division in 2014. The federation then decided not to host the event “for a lack of contacts, resources.”

Canada hosted Olympic qualifying in 2012 — all in Vancouver — with the U.S. and Canada advancing to London. There, the Americans won a third straight gold medal after beating Canada in a dramatic, controversial, 4-3 extra-time semifinal. Canada went on to beat France in the bronze-medal game.

Expect the Olympic qualifying tournament to take place in a warm climate or in a dome given the January timing, which would likely rule out any outdoor venue in the northern half of the country.