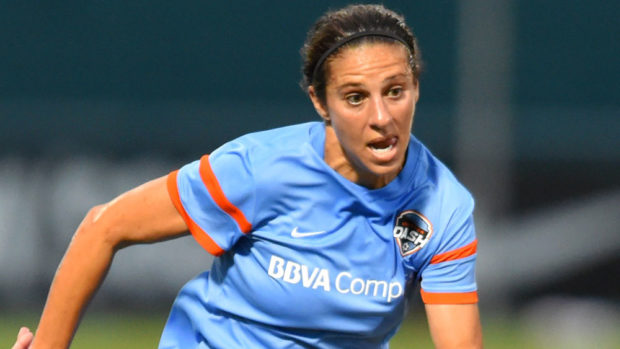 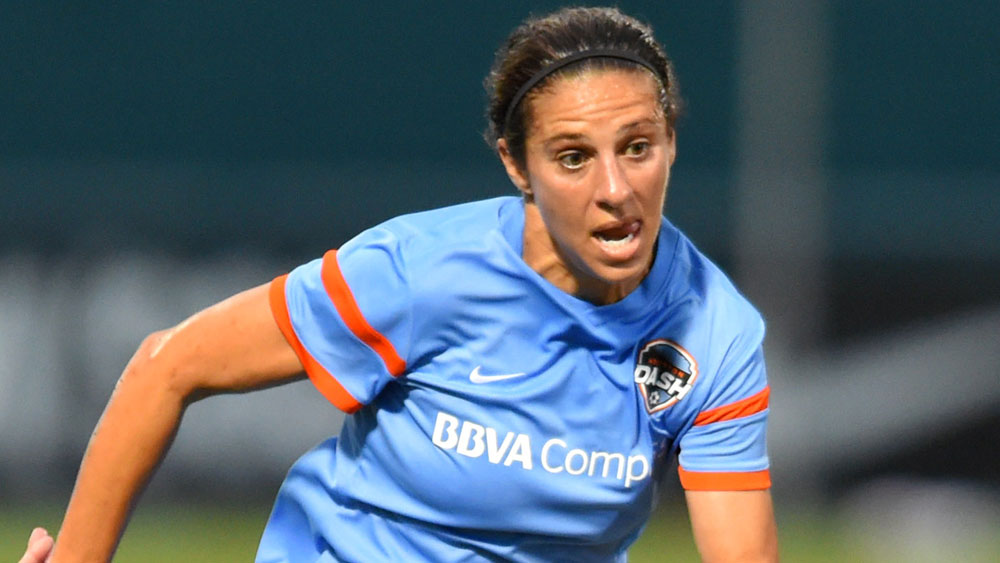 Carli Lloyd has scored in seven straight matches in all competitions. (Getty Images)

Injuries, rivalries, and sellouts will be storylines in Week 16 in the NWSL season. Here is a look.

Points of Interest: They last met in the first game for each following the World Cup break and the Reign fought off a feisty Breakers side to escape with a 3-2 away win. “We had Seattle,” Breakers coach Tom Durkin said recently. The Breakers entered that match as a .500 team and riding a four-match unbeaten streak. They have not won since, and they welcome the Reign back with the sides at the opposite ends of the standings. It could be said that the Breakers need this one to keep their playoff hopes alive, but reality is that they are very likely not going to make it. The Reign, meanwhile, are in a dogfight to retain the Shield, and they get a curveball this week with Haley Kopmeyer out on a right foot sprain meaning Caroline Stanley will likely make her NWSL debut in goal. Seattle also signed Abigail Steele in order to have a second goalkeeper.

Points of Interest: Carli Lloyd has been back with the Dash for three games. She has scored in all three. Her goals were the only tallies in a 1-1 draw and 1-0 win and then the game-winner in a 3-2 victory over FC Kansas City that moved the team inside the playoff bubble for the first time ever. If you’re scoring at home—and most of you are—that is seven straight games with a goal for Lloyd dating to the round of 16 at the World Cup, and nine goals during that stretch. Last time these teams tangled it was Crystal Dunn who nabbed the only goal in a duel with Kealia Ohai. This time, Ohai will be the supporting cast to Lloyd with the Dash looking to climb another rung into third place.

Points of Interest: The Flash may well have torpedoed their season during a three-game, 12-day home stand that saw them take but a single point despite leading Sky Blue 3-1 in the second half of the first leg. Now they face a road trip on a short rest for the return match against a squad that is feeling confident for the first time with six goals over its last two matches and three straight games without a loss. The Flash sat Brittany Taylor for the first time in two years on Wednesday but still could not keep things buttoned down in back. The specter of going up against Kelley O’Hara and Samantha Kerr again with uncertainty in the back does not bode well. Pressure is up for both teams, although with the schedule winding down and much ground to make up.

Points of Interest: For the first time this late in the season, FC Kansas City are outside the top four. Now their rivals from Chicago can deal their playoff hopes a blow in the ninth renewal of the Midwest Melee. It looked like FCKC were about to earn a dramatic draw on Wednesday until Carli Lloyd beat them with one of the best goals of the season. Now they have to deal with a team that has handled them pretty well through the years. Both teams are nearly complete but in two games with the U.S. players back, Kansas City has yet to nail it down on both sides. The Red Stars, meanwhile, have hardly missed a beat this season and have the deepest group of forwards in NWSL.