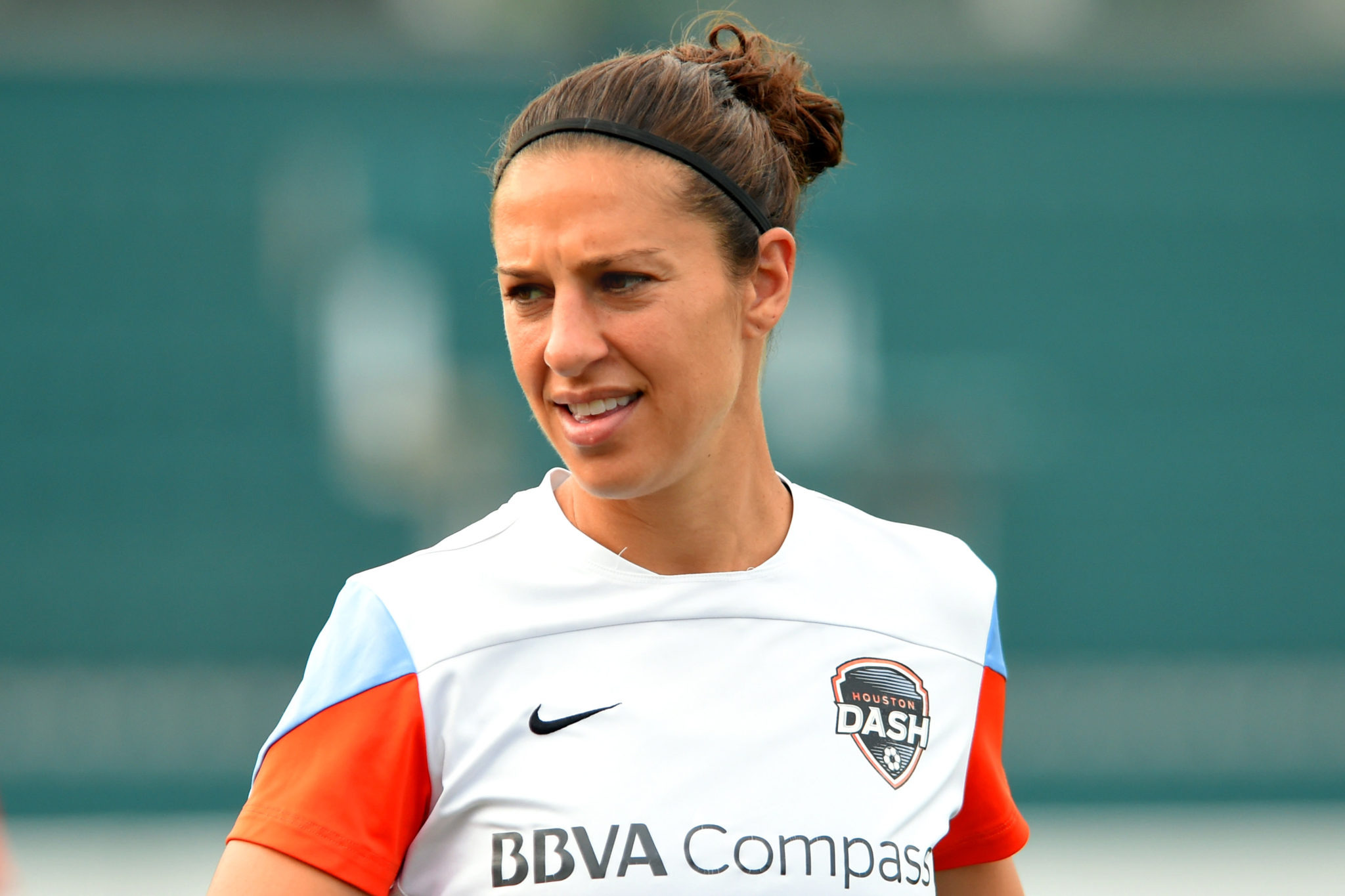 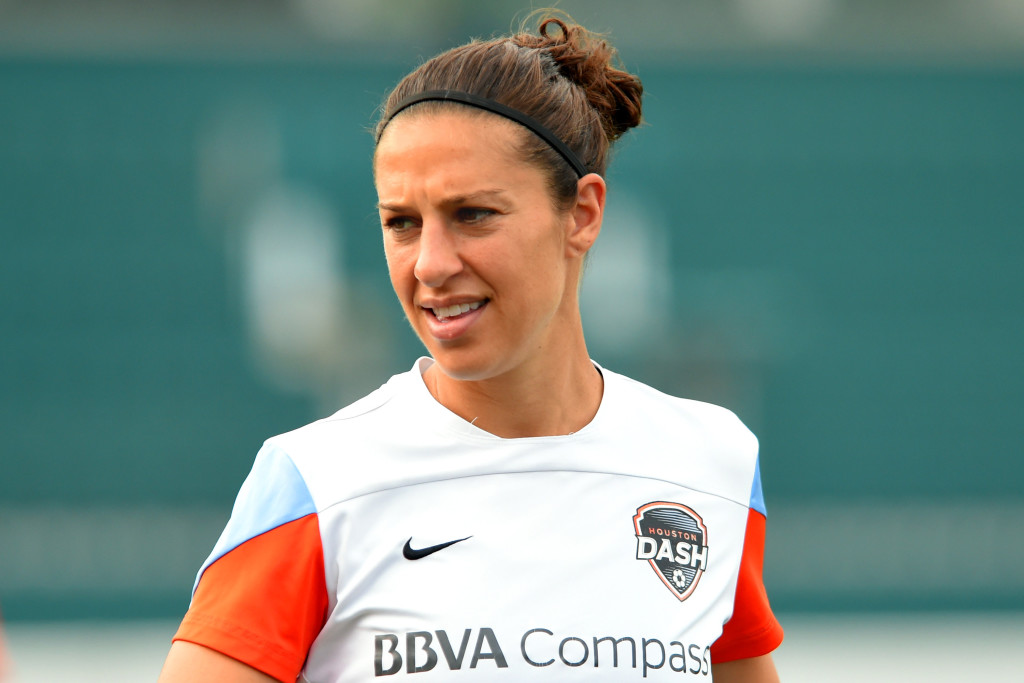 Carli Lloyd scored for the 7th game in a row. (Getty Images)

Carli Lloyd scored for the seventh straight match in all competitions to lift the Houston Dash past FC Kansas City, 3-2 on Wednesday at BBVA Compass Stadium in Houston.

The victory lifts Houston over defending NWSL champions Kansas City and into fourth place — the final playoff position — in the standings.

It’s the second straight game in which Lloyd has scored the game-winner. On Saturday, she netted the game’s only goal in a win over the Western New York Flash, her former team which she criticized ahead of the match for the way in which the club handled trading her to Houston last October.

Lloyd also scored in her first game back from the World Cup, a 1-1 draw against FC Kansas City on the road on July 20. She scored in her last four World Cup games, including a famous hat trick in the final victory over Japan. Lloyd has now scored nine goals in seven games across all competitions.

FC Kansas City took the lead in the 3rd minute when Lauren Holiday’s shot from 18 yards out was deflected into the net, but Houston quickly responded. Australian international Ellie Brush scored a beautiful side-volley equalizer in the 12th minute, and Jess McDonald gave the Dash the lead four minutes later.

Sarah Hagen would eventually equalize for Kansas City in the 83rd minute — shortly after checking into the match — when she tapped in the rebound after Liz Bogus’ shot hit square off the post.

Lloyd, however, would once again have the last laugh.

“It’s kind of my bread and butter to take a touch and look up and strike it,” Lloyd said on the postgame broadcast. “It’s one of those shots that was really well-struck.”