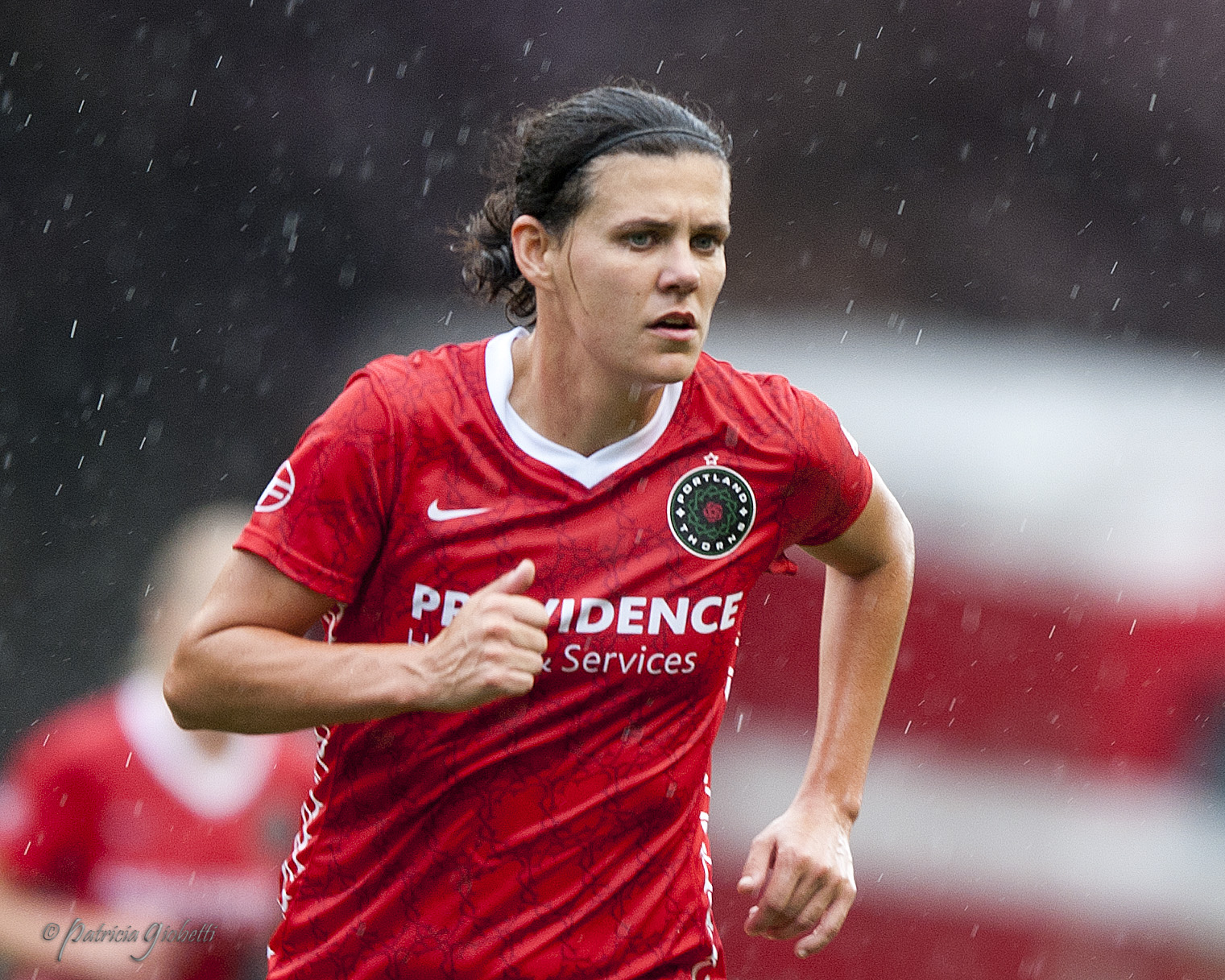 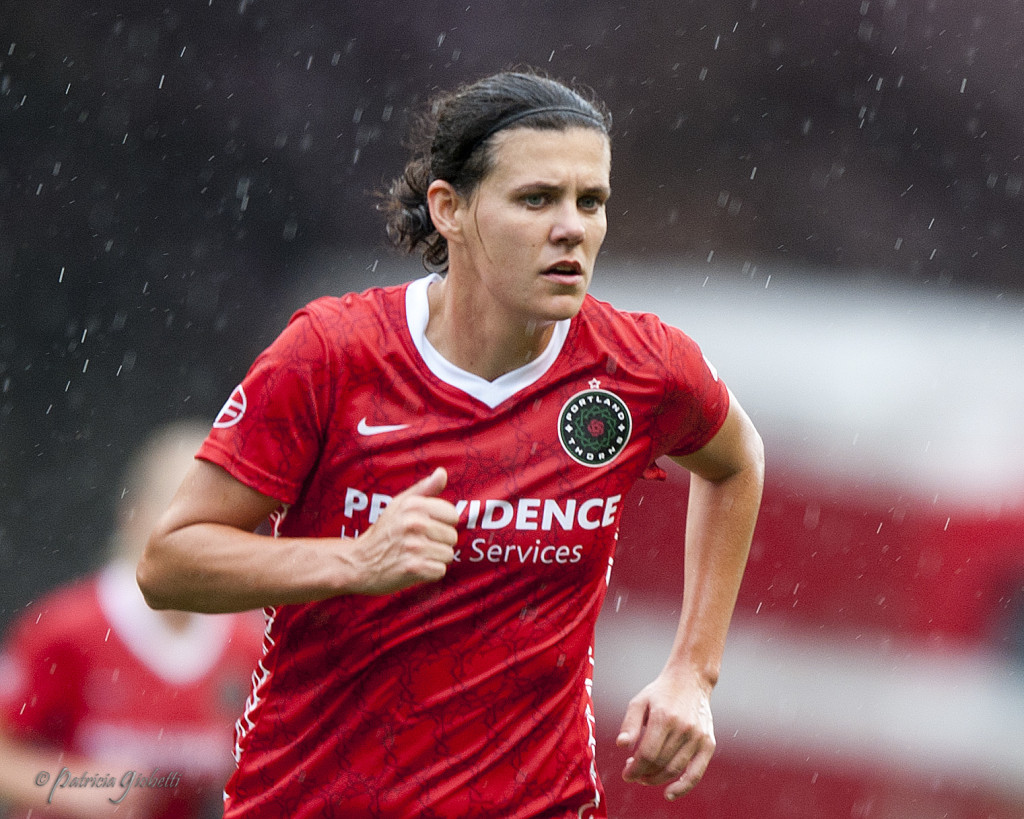 Christine Sinclair had a goal and an assist for Portland on Wednesday. (Photo Copyright Patricia Giobetti for The Equalizer)

ROCHESTER, N.Y. — Christine Sinclair had a goal and an assist to lift the Thorns over the Flash, 2-0 on Wednesday night at Sahlen’s Stadium. The result also lifted the Thorns over the Flash on the table. The club’s first win outside Portland since June 21, 2014 vaulted Paul Riley’s side into sixth place with the Flash dropping to seventh after taking only one of a possible nine points during three home matches in 11 days. Idle Sky Blue dropped to eighth.

The Flash came out of the box with two early chances including one in the opening minute. Jaelene Hinkle went forward off the opening whistle and fought off Rachel Van Hollebeke to get off a far-post cross. Michelle Heyman put it off the outside of the post. In the 9th minute Jasmyne Spencer put Lynn Williams through for a chance but Thorns’ keeper Michelle Betos came out and made a great save to knock it wide. The Flash rarely made a serious threat after that as the Thorns gradually took charge of the match.

In the 33rd minute they broke through for their first goal in 314 minutes. It was a left-sided attack that began with Emily Menges and went ahead to Ayo Ayonma. The Equatoguinean played it ahead to Sinclair who caught Flash keeper Sabrina D’Angelo half way between her lin and the ball. Sinclair calmly chipped the ball over D’Angelo for her second goal of the season.

The Thorns nearly doubled the lead from the penalty spot only a few minutes later. Allie Long played a ball to Sinclair who swooped into the 18 where she was tackled by Becky Edwards. Both players appeared shaken up on the play and after a discussion with the assistant referee the Thorns were awarded the penalty. Long stepped to the spot and struck a poor penalty that D’Angelo was able to grab to her left.

Aaran Lines switched the Flash into a 4-3-3 in the second half and the change created some early chances but most of them were filtered away from the face of goal. Finally the Thorns secured the two-goal lead with some more great work by Sinclair. The all-time leading Canadian international beat Abby Dahlkemper to a loose ball, dribbled into the box, then waited as Dahlkemper hustled back. Sinclair’s patience paid off as she made a simple pass to a streaking Long who had an easy finish for her team best sixth goal of the season.

NOTE: Brittany Taylor did not play for the Flash for the first time since July 31, 2013. She had played a club record 41 straight matches and a league-record 3,960 minutes.