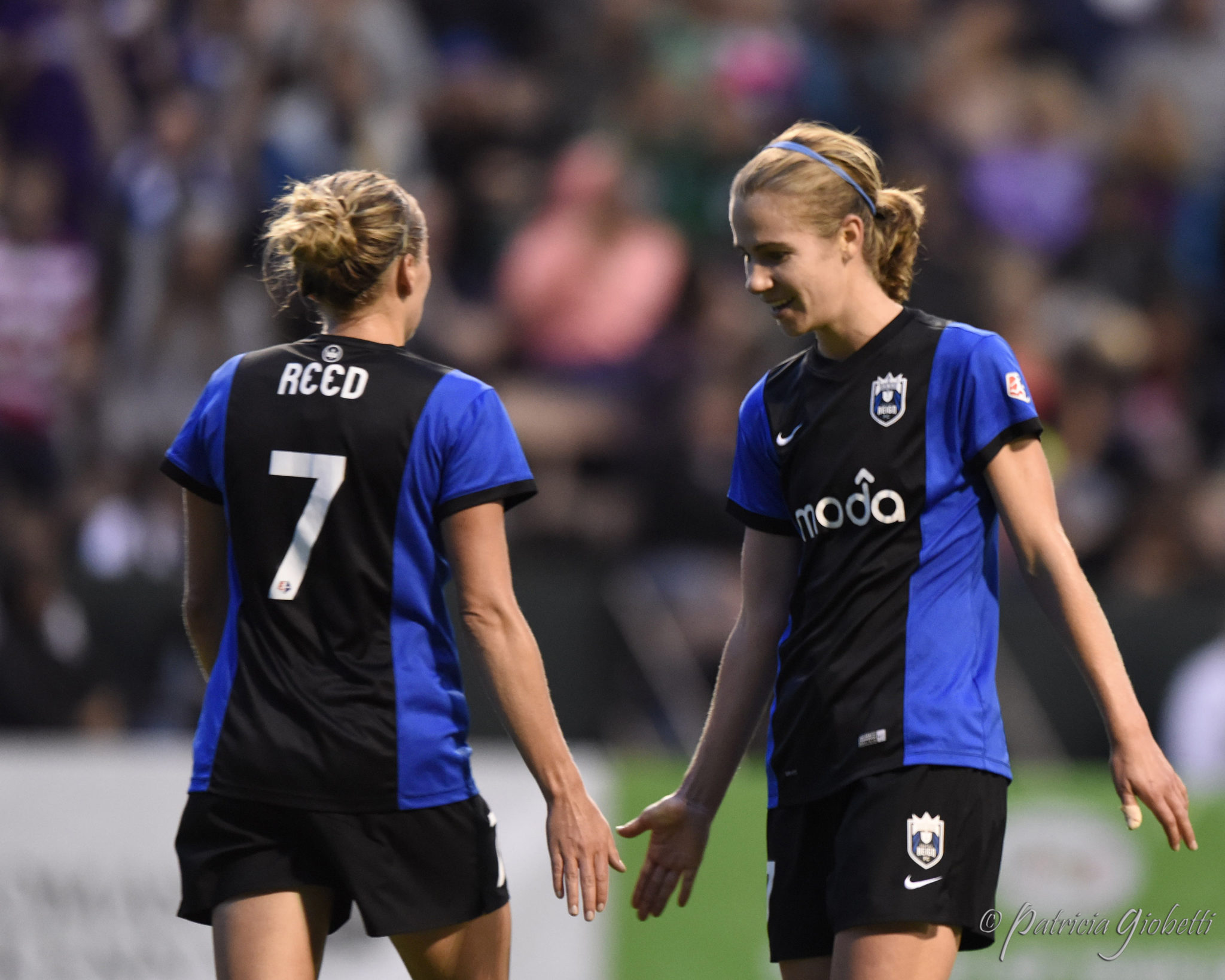 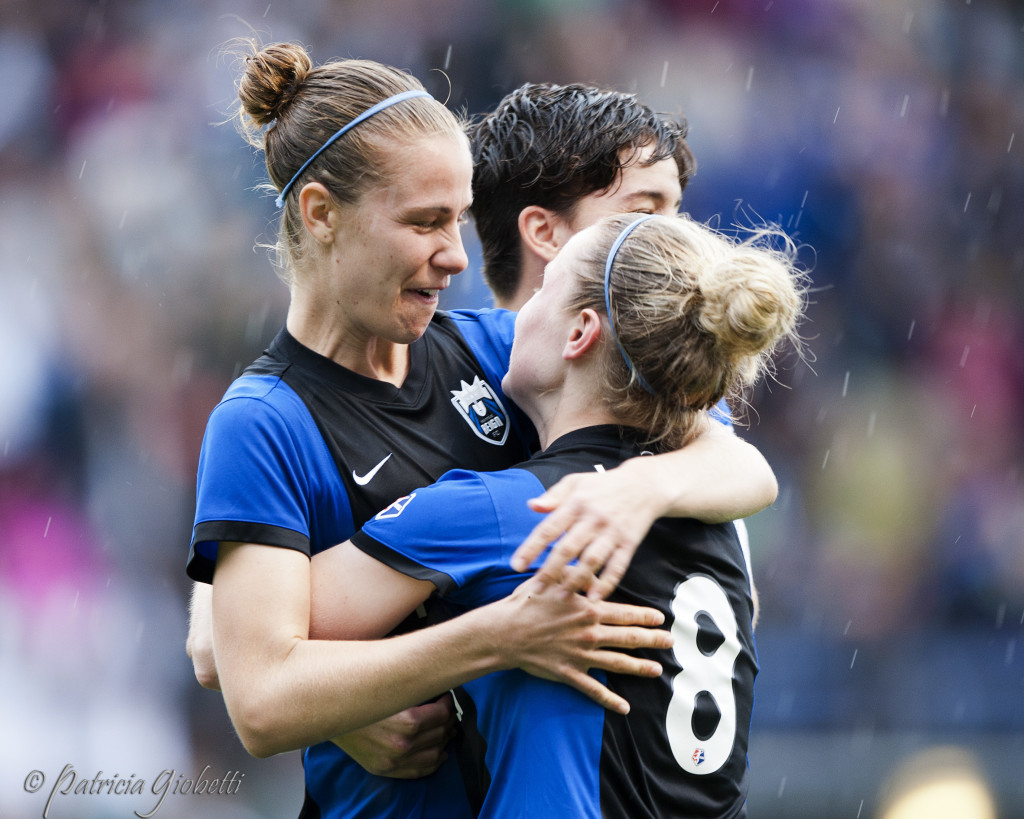 Beverly Yanez scored twice in the opening five minutes of the second half on Sunday. (Photo Copyright Patricia Giobetti for The Equalizer)

The largest crowd ever to watch a Seattle Reign FC home match were treated to a 3-0 drubbing of rival Portland Thorns FC that brought the home side to the top of the NWSL table by a point over the Red Stars. Jessica Fishlock scored in the first half and Bev Yanez scored twice in the opening five minutes of the second half in front of 6,303 at Memorial Stadium. The Reign offered limited seating on the normally vacant South Grandstand for the first time. The Reign improved to 15-0-5 all time at Memorial.

The first half hour was played aggressive but even with both teams eschewing the feeling out process four days after the Reign’s 1-0 win in Portland midweek. In the 38th minute the Reign scored on a patented counterattack. Meleana Shim—who started when Sinead Farrelly was shaken up in warmups—gave the ball away in the defensive midfield to Jessica Fishlock. The Welsh midfielder played the ball immediately to Kim Little and slashed between two Thorns defenders where she was able to take the return pass and beat Nadine Angerer.

[MANZARI: Carli Lloyd rips Flash, then scores on them and beats them]

The Thorns suffered another injury just before the half when Steph Catley hobbled off. It was mere minutes from halftime but Catley was immediately replaced by Kendall Johnson.

Half a minute into the second half, Johnson got beat by Yanez on a header that made it 2-0. Lauren Barnes started the play up field by turning toward the sideline and delivering a long ball for Merritt Mathias to run onto. Somehow Little was able to run free down the left and Mathias turned on the goal line and gave it to Little whose picture-perfect cross found Yanez.

Yanez struck again in the 50th minute after the Thorns repeatedly struggled to clear balls out of danger. Following a corner kick the clearing attempt went to Stephanie Cox and she was able to find Megan Rapinoe open down the left. Rapinoe’s cross had eyes for the far post and Yanez one-timed it past Angerer for the finish.

The Reign (8-3-3, 27 pts) had little trouble seeing out the match, keeping goalkeeper Haley Kopmeyer undefeated in 14 of her 16 career starts. They are in Boston for an afternoon match on Saturday. The Thorns (3-6-4, 13 pts) remained in eighth and have only one win in their last 11 matches. They have a long trip and quick turnaround ahead of a Wednesday match at Western New York. The Thorns are idle next weekend.