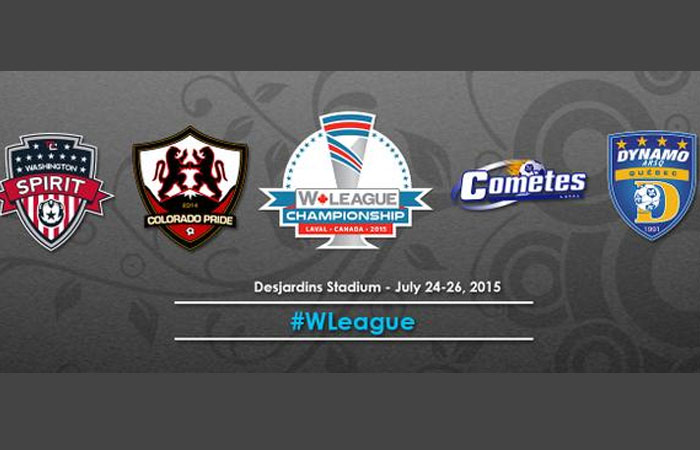 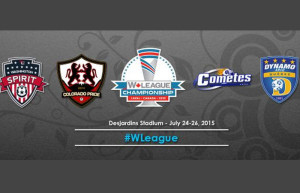 The Seattle Sounders Women—always competitive in the strong Western Conference of the 18-team USL W-League—hosted the Western Conference Final last weekend against second-place Colorado Pride, with the winner advancing to Laval, Quebec for the W-League’s Finals. The Pride—who went out at the same stage in their inaugural season last summer to eventual champions and now defunct Los Angeles Blues—was not intimidated by the long history of their opponents, playing in their 15th season and a four-time national semifinalist who beat Seattle earlier in the season thanks to two goals by Australian import Tara Andrews. (The Pride lost 2-1 to Seattle in Bellingham in July before trouncing the Sounders at home 5-1 two weeks ago.) Andrews was the leading goal-scorer and point producer in the W-League in 2015 with 18 goals and three assists for 39 points. That was six goals and nine points more than second-place Charlotte Lady Eagles forward Leah Fortune, who played for Brazil at the U-20 Women’s World Cup in 2010 and for the University of Texas.

Along with host side Laval Comets from suburban Montreal, the Quebec Dynamo ARSQ (Quebec City) qualified as the best Northeastern Conference side after Laval. The two teams are the only Canadian sides left in the league after four Ontario-based sides left the league after 2014. Washington Spirit Reserves—last season’s runners-up—won the Southeastern Conference title. They pipped Charlotte Eagles for the title, where longtime head coach Lee Horton announced that he is retiring. Since 2000, Horton has amassed a regular season record of 135-22-37 (W-D-L) and his teams missed the playoffs only three times in 15 seasons. The Eagles won a W-2 title in 2001.

The Colorado Pride is coached by former Wales international Sian Hudson, in her first season as head coach after serving as an assistant in 2014. Hudson played in the English Super League and represented Wales at every age group in the European Championships from 1995-2000. In 1997, she became the youngest player to ever represent her country at the full international level. Hudson also worked with the Wales national team in a coaching capacity. She admitted in a telephone interview following their Western Conference title victory over Seattle that if she hadn’t had to end her career early due to injuries, that she still might be playing in England.

“The Pride organization built off what they started last season,” she said about her Pride team, who won nine games and lost only two in twelve regular-season games. “We’re hoping to go all the way [to win the championship] this season.”

Tara Andrews, a revelation in the league this season, was not a starter last year but did well for her Newcastle Jets team in the Australian W-League in the winter. Andrews has been with the Jets for six seasons and entered the 2014-15 Australian W-League season with 17 goals in 48 matches. She has been capped at the youth level by Australia and is “on the cusp of the national team,” says Hudson. Her coach discussed how she became the go-to forward for the Pride

“She is playing with an unbelievable amount of confidence this year, and getting used to the physical aspect of the game last year and understanding what to expect this year has helped her a lot,” Hudson said. “If you look at the type of goals she has scored this season, with her head, with her left foot, right foot; on the weekend [in Seattle] she beat three defenders on the dribble before slotting the ball with her left foot and the second was a volley over the keeper’s head from 25 yards. She’s one of the players that the NWSL teams should be considering out of the W-League.”

Hudson said that Washington State University junior Kaitlyn Johnson has been another forward that has done exceptionally well for the Pride, “with a great work rate and very gifted on the dribble, so she has been instrumental for us across the front line.” Another key impact player was goalkeeper Britt Eckerstrom (Penn State), who also returned from the 2014 side, and finished second in the league in goals against average (GAA) at 0.635 just behind Laval’s Rachelle Beanlands (0.631).

“Britt has been absolutely critical for us,” Hudson said. “She’s made huge saves in a lot of our big games. She is playing out of her mind right now. She had a penalty kick save against Seattle and two other first class saves.”

Hudson also doubled as the club’s general manager, saying that she “thoroughly enjoyed the season, working on things from a business perspective with the marketing, the media, sponsorship, the general manager responsibilities and the recruiting aspect of the team as GM and the first year as head coach.” She will take a job with Colorado College for the fall. She is unsure about the future but would like to keep involved with the Pride. “I’d love to work with the highest level of players that I can.”

The NCAA does not allow a coach to have any of their players on a summer league team. Besides that factor, there have been some concerns circulating around some W-League teams, particularly the Arizona Strikers and Colorado Storm, that the league may not exist next year.

Hudson isn’t concerned about her club’s stability, however.

“The Pride has established ourselves in a short period of time as one of the best W-League franchises in the country,” she said. “If the league is around, we’ll be looking to build on what we have done in the past two years. I hope to remain involved in some capacity.”

A United Soccer Leagues source said in response to the concerns among some players and team staff: “We can tell you that we are business as usual here [with the W-League]. We remain committed to operating the W-League, and plan to continue to do so.”

This reporter was actually at the first W-League Championships in 1995 in Cincinnati. The league has been a leading light at promoting the women’s game and committed tremendous resources, including adding a U-20 W League (W-20) a few years ago. The number of franchises have risen and decreased over the years, in part with the advent of the fully professional leagues, but the W-League is a recent low with 18 teams. There is some interest in western Canada in joining the league for 2016. A more formal relationship with NWSL sides (like what the Washington Spirit have done) for reserve sides would help the W-League, but these concerns about the league surviving seem without merit at the current time.

Laval’s key players are three Canadians who made the Northeastern Conference All-League squad announced this week: defender Kelsey Wilson (McGill University) midfielder Kayla Adamek (University of Central Florida) and goalkeeper Rachelle Beanlands (University of Maryland). Wilson and Adamek were also named to the 11-player all-league side. Laval finished this campaign with a 9-1-2 (W-D-L) mark. The Montreal area side made the League final in 2013 but fell in the conference final last year. They are coached by former Canadian international Cindy Walsh.
Quebec Dynamo finished two points behind Laval (8-2-2) while defender Marie-Sandra Ujeneza (University of Laval) made the all-conference team. The club did a complete turnaround from last season’s 1-8-3 side and is in the league ginals for the first time since 2012.

The schedule for the weekend is as follows: