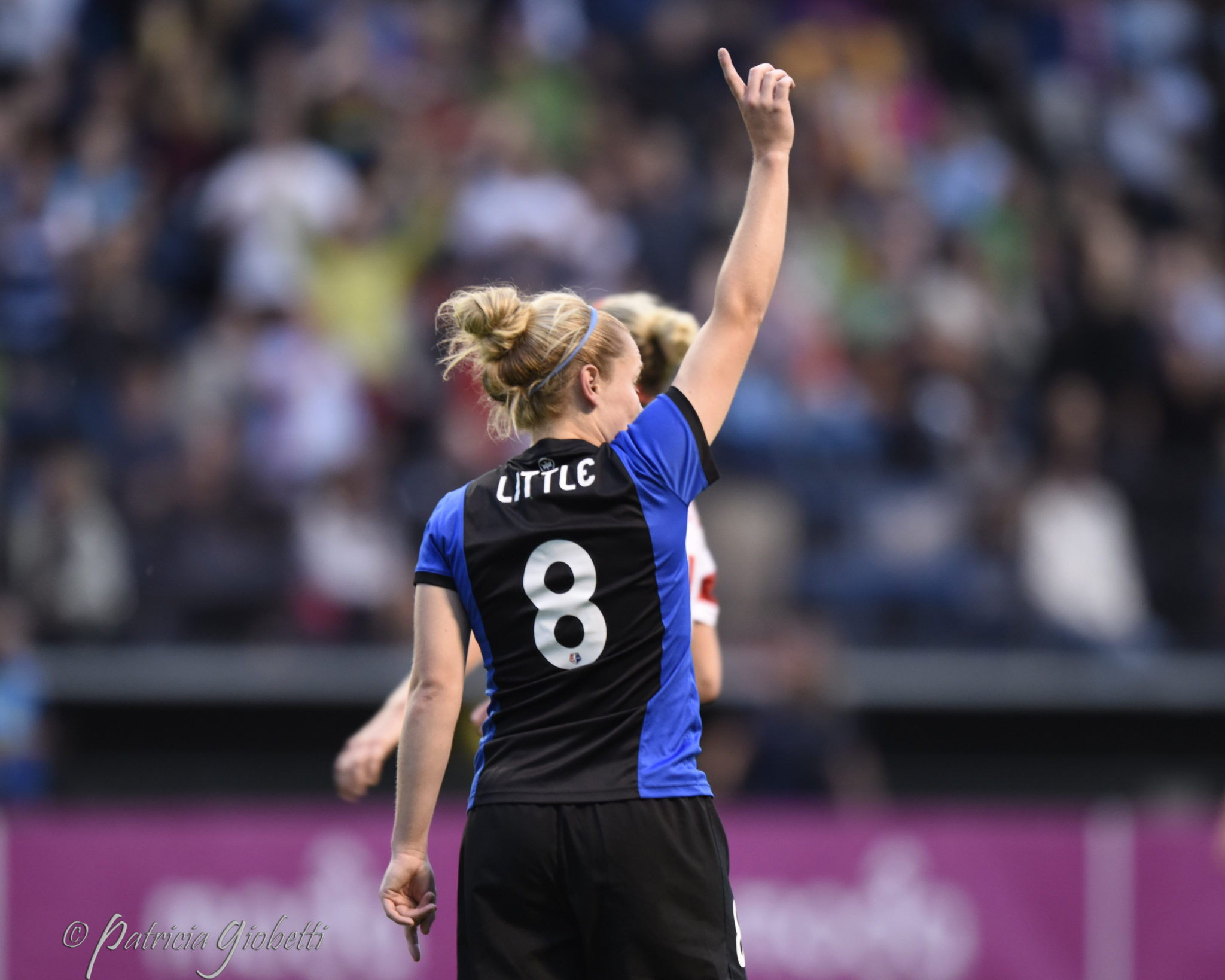 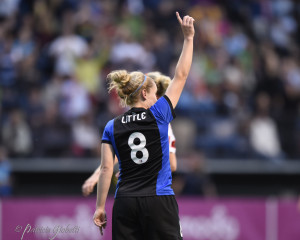 Kim Little scored the game-winning goal for Seattle vs. Portland on Wednesday. (Photo Copyright Patricia Giobetti for The Equalizer)

An NWSL record crowd wasn’t enough for Portland Thorns FC on Wednesday, as they lost, 1-0 to Seattle Reign FC. Kim Little’s 57th minute goal was the difference for the visitors.

“Every game is huge for us now,” Heath said. “I think we have to take each game. Tonight was hard. It was really hard. I think I would have felt better coming in and having a better performance but it wasn’t. We have to go to Seattle and we have to make something happen hopefully there but every game for us now is important. Right now our focus is on playing Seattle again.”

Betos was busy throughout the match, including when she made a point-blank save on Merritt Mathias in the 37th minute.

It was Betos’ counterpart, Haley Kopmeyer, made the most important save of the night, preserving Seattle’s 1-0 shutout when she slapped away Sinclair’s powerful header in the 69th minute.

Thorns forward Alex Morgan missed the match after having knee surgery last week. She is expected to miss three-to-four weeks. Seattle goalkeeper Hope Solo has a knee injury and is being evaluated on a game-by-game basis.

Seattle and Portland will play again on Sunday at Memorial Stadium in Seattle, where a sellout crowd of about 6,000 fans is expected. The Reign’s victory puts them within one point of league-leaders Chicago Red Stars, who have a game in hand and beat Boston earlier in the night. Portland (13 pts.) remains five points out of playoff positioning.