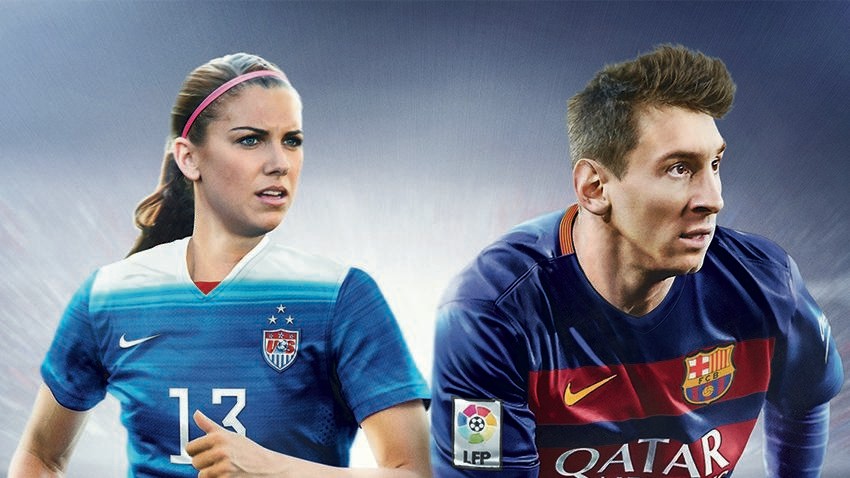 Along with Christine Sinclair from the Canadian national team and Stephanie Catley of the Australian national team, the trio of Portland Thorns FC teammates becomes the first females to appear on the cover of a FIFA title.

“It is an incredible honor to be one of the first women featured on the cover of EA Sports FIFA,” Morgan said. “I know people all over the world play this game and I’m really excited that FIFA 16 is putting such an important spotlight on women’s soccer. And now to share the cover with today’s greatest player is surreal.”

This edition is the first time ever that women will be included in the FIFA game with the inclusion of 12 national teams: Australia, Brazil, Canada, China, England, France, Germany, Italy, Mexico, Spain, Sweden, and the United States of America.

“As soon as we knew Women’s National Teams were joining FIFA 16, we immediately recognized that Christine and Alex would be the perfect cover athletes based on their accomplishments and what they represent for their respective countries and the sport of women’s soccer,” said David Pekush, Sr. Manager of North America Marketing for EA SPORTS. “They are exhilarating players and exude heart and courage on the pitch, and we are extremely proud to be working with them this year.”

Click here to read about the historic inclusion of women in the game. Watch the trailer below for a sneak peek: