Canada into Pan Am semis despite loss to Brazil 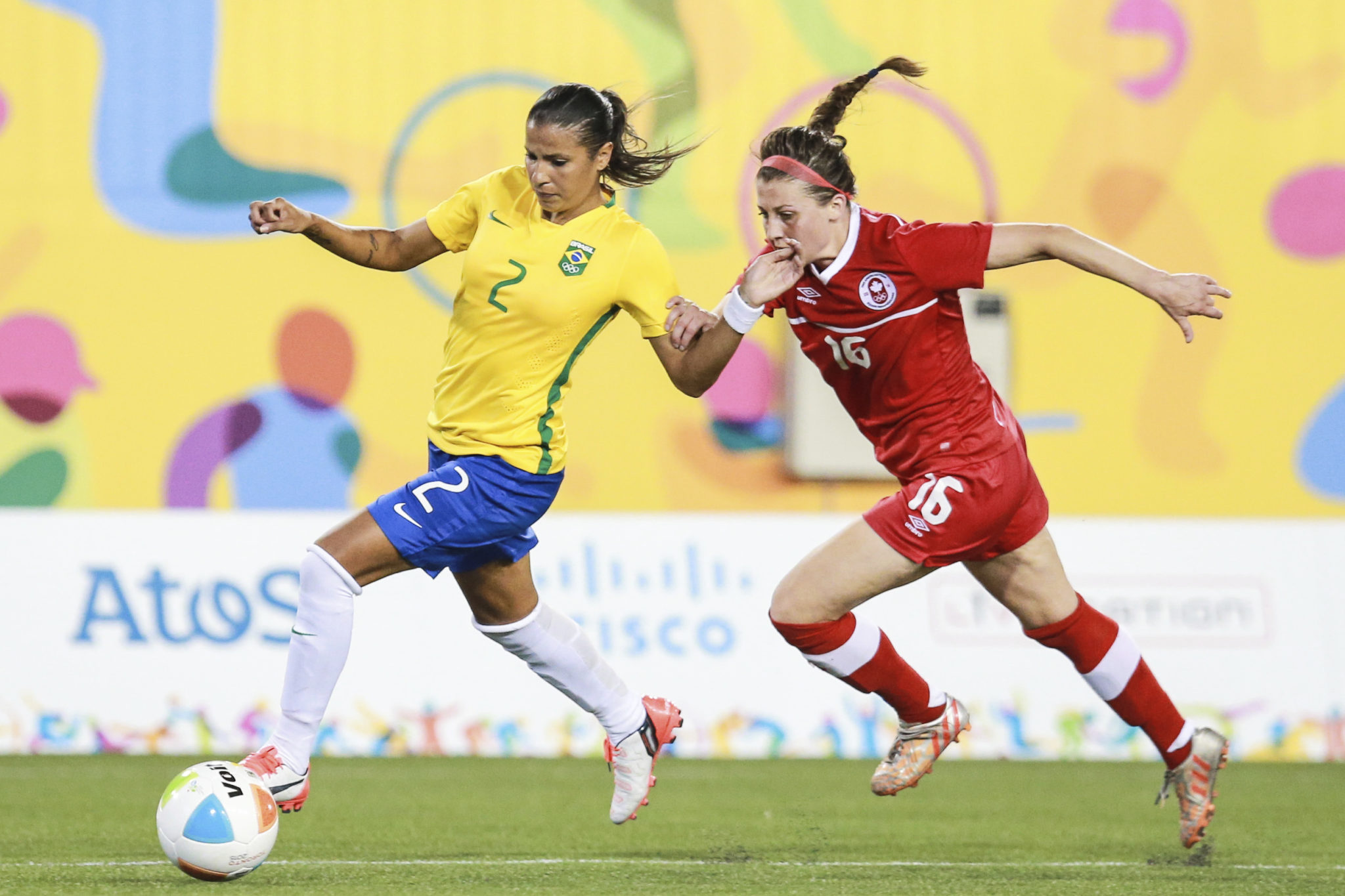 Canada lost, 2-0 to Brazil on Sunday night at the Pan Am Games, but still advanced to the semifinals thanks to Costa Rica’s shocking 2-0 loss to Ecuador.

Cristiane and Andressa Alves scored in Hamilton, Ontario, to ensure Brazil stayed top of the group. Canada looke on the verge of elimination in the group stage on home soil, but Kerlly Real’s pair of goals for Ecuador stunned Costa Rica and sent the hosts through.

Canada will now take on Colombia in Wednesday’s semifinal, while Brazil will face Mexico in the nightcap. The winners advance to the final on Saturday in Hamilton.

“We brought a young squad here, who are learning to be international footballers, and it’s good karma,” Canada coach Danny Worthington said. “This is a massive step forward for us as a country, giving these players a chance against a number six team in the world, part of the best teams out there.”

“Colombia had a great World Cup run, so it’s going to be another difficult game and we definitely got to start preparing for that,” said Canada midfielder Jessie Fleming, who in the last 16 months played in the U-17, U-20 and senior World Cups. “Any of the South American teams are great technicians on the ball, they’re all very skilled and unpredictable at times. But I think this group is up for the challenge though. We’re ready to take on anyone at this point.”