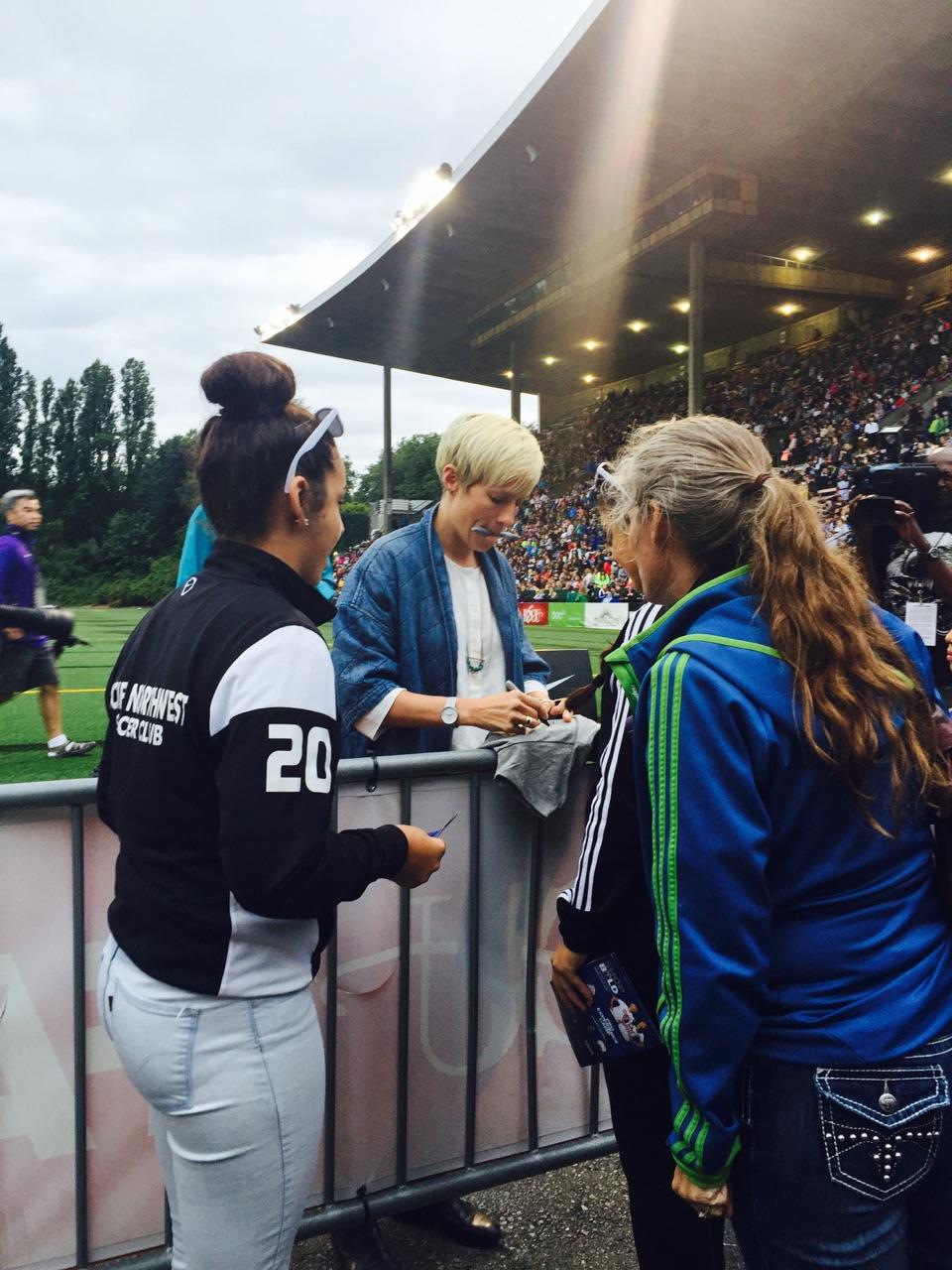 Sellout crowds are expected in Washington and Chicago on Seattle as well as in Kansas City on Monday as the National Women’s Soccer League’s World Cup Bump (we’re totally making that a proper noun) continues.

[LAULETTA: The World Cup Bump and the NWSL — What now?]

However, fans attending the four NWSL matches this weekend might be disappointed to know that there still isn’t expected to be widespread participation from U.S. national team players. Neither the Spirit nor the Reign, who play Saturday at the Maryland SoccerPlex, will feature U.S. players. That much is confirmed.

The rest? Well the rest of the teams remain murky on details. Most of the U.S. team was in Los Angeles this week for the ESPYS awards — where they won Best Team — on Wednesday and Thursday’s Nickelodeon Kids’ Choice Sports awards. Sky Blue FC could have its U.S. players, however, per our Dan Lauletta. Portland expects to have everyone except Alex Morgan ready for Wednesday.

Here’s what we know about the weekend, in tweets:

Asked Parsons about Harris & Krieger this weekend. Here's what he said. #NWSL pic.twitter.com/Cjt3WRY9VK

Rapinoe should return for next Wednesday's match in Portland, while Solo is dealing with a minor (undisclosed) injury

Seems like Sky Blue will have #USWNT players available this weekend

Lauren Holiday retiring to continue life of service
Leroux to have ankle surgery; out up to 3 months