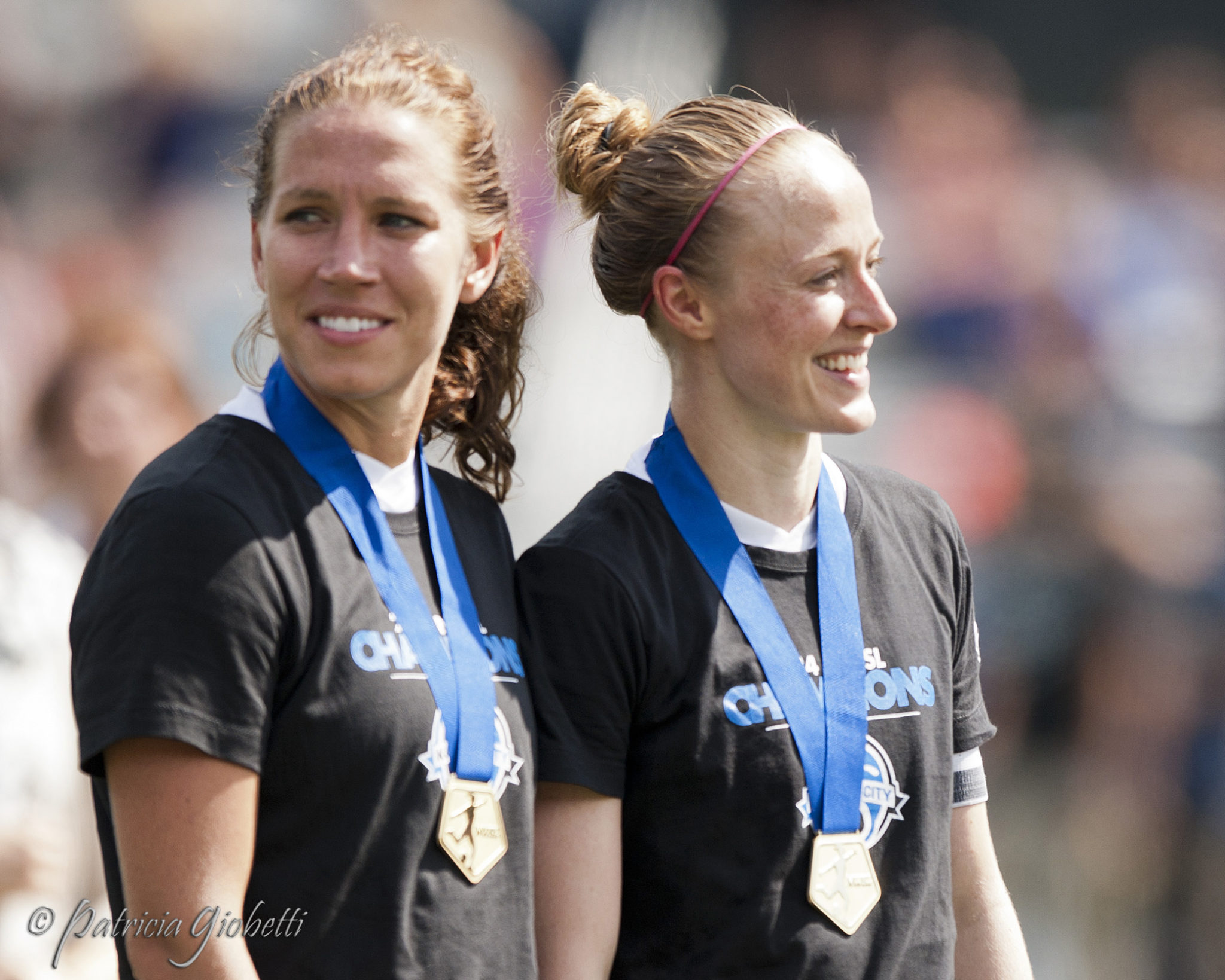 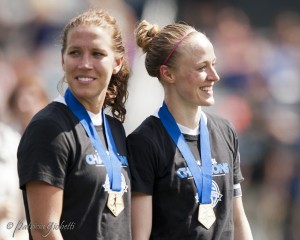 Lauren Holiday (left) will retire at the end of the year. (Photo Copyright Patricia Giobetti for The Equalizer)

Only minutes after winning the 2015 Women’s World Cup title earlier this month, United States national team players were being questioned about their futures.

That the 2015 Women’s World Cup would mark the end for some United States national team players’ careers seemed inevitable. The U.S. was the oldest of the 24 teams at the tournament, with an average age of more than 29.

Abby Wambach, 35, had finally won the World Cup in her last attempt. Shannon Boxx did the same at 38. Longtime captain Christie Rampone, playing in her fifth World Cup, won the tournament for the second time after turning 40 during the competition.

Retirement questions loomed for these legends, but none of them have committed to that finality. Rampone said she will play at the 2016 Rio Olympics “if my body holds up,” and Wambach has dodged all questions regarding her future, saying that she is living in the moment and not yet ready to decide what she will do about the Olympics.

That leaves 27-year-old Lauren Holiday as the first and, to date, lone player from the team to announce that the 2015 Women’s World Cup would be the end of the competitive road for her. But unlike some of her older teammates, Holiday is in the prime of her career, making the news surprising. Lost amid Carli Lloyd’s otherworldly hat trick in the World Cup final is that Holiday actually scored the eventual game-winning goal in the 5-2 victory, a beautiful volley that she hit in stride after a defensive mistake by Japan.

Holiday’s decision to exit the game doesn’t stem from a rash decision based on the idea of going out on top. This is something that has long been on her mind.

“I’ve been praying about it for a couple years now and really just this last year, it was so clear to me,” she said. “I had so much clarity about it. I knew that I wanted to give my all to the World Cup. I wanted to be able to say that I gave it my all to fulfill the final dream of winning the World Cup and I feel like I did that. Even if we wouldn’t have won, I felt very comfortable in my decision. I feel like God had led me to that decision, so I was ready either way.”

[CLICK HERE TO READ THE FULL STORY ON NBC SPORTSWORLD]