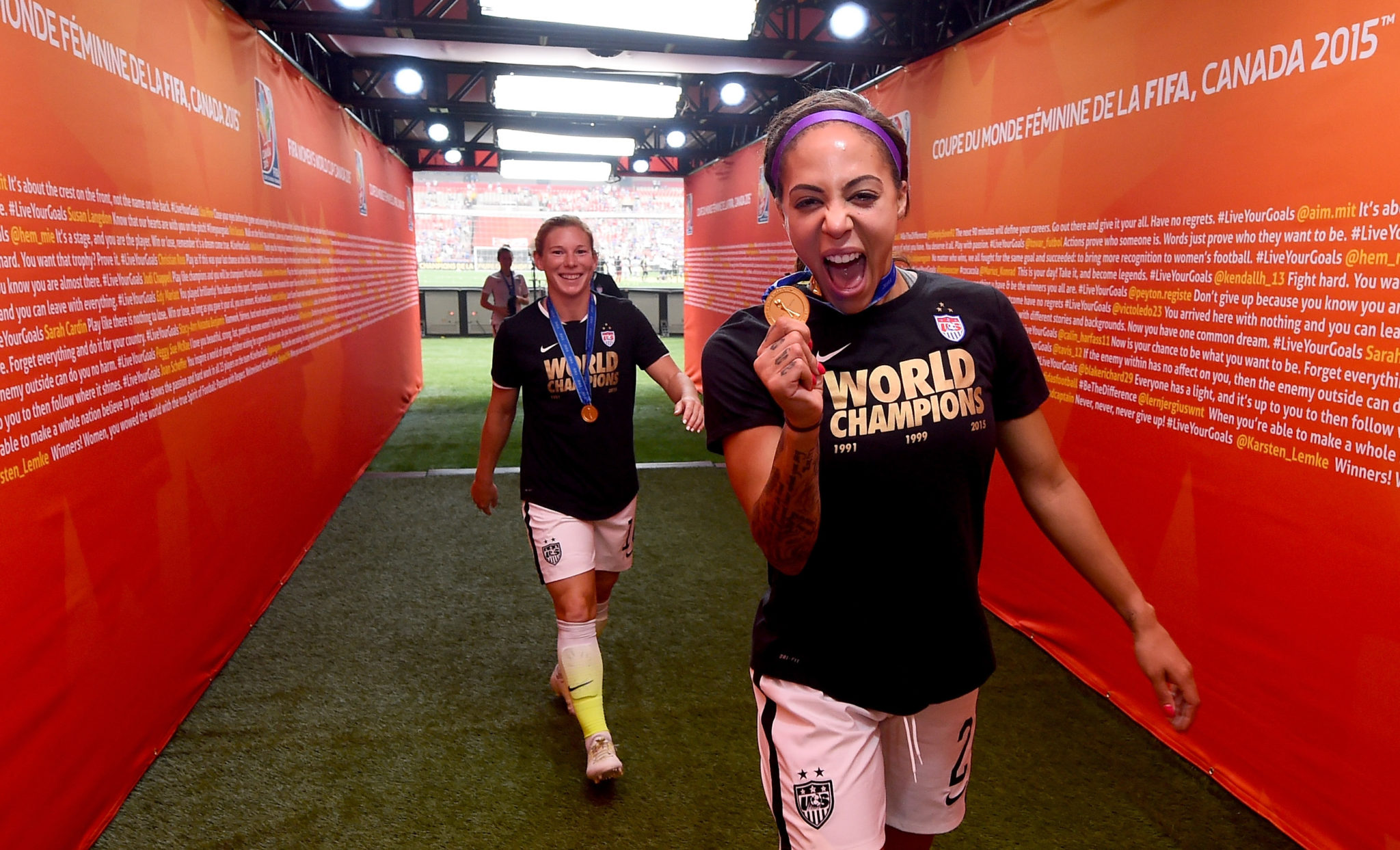 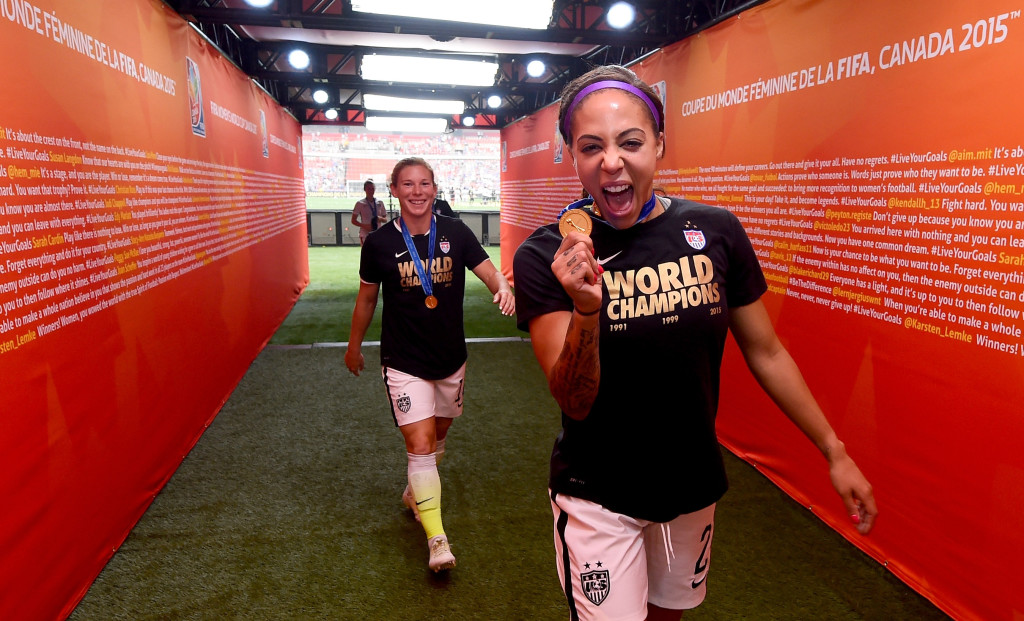 VANCOUVER, British Columbia — The United States touted its depth throughout the 2015 Women’s World Cup. All but one field player took part in the tournament.

Sydney Leroux only played 182 minutes across four matches at the World Cup, but she bought into the team mentality.

“I could not be happier,” Leroux said after the United States’ 5-2 victory over Japan to claim the World Cup title. “I know I didn’t get the minutes, but it took 23 of us. I couldn’t stop crying because it’s something that I gave up a long time ago and it has been a hard road. I hugged my mom, and she said, that we did it, we made it. Growing up where I grew up and how I grew up and now being a world champion. There’s no better feeling.”

Buying in as a team player can be difficult for some who don’t get a lot of playing time, but this was not the case with Leroux. The 25-year-old was more than happy with her role and the end result of becoming a World Cup Champion.

Leroux the victim of hateful comments via social media and chants such as “Judas” during United States matches in Canada over the years. (Leroux said that she had racial insults hurled at her during Olympic qualifying in Vancouver in January 2012, but the claims were never proven.)

Leroux’s decision to leave Surrey, British Columbia, as a teenager to pursue her dream of becoming a professional soccer player for the U.S. drew negative reactions from Canadians who were upset with her departure. But Leroux does not feel the need to gloat toward those who have insulted her along the way. 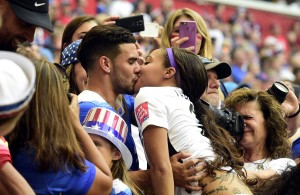 Leroux’s husband, Dom Dwyer, plays for Sporting Kansas City in Major League Soccer. He had no trouble juggling his commitments with his club team during the World Cup so he could support his wife.

“I’m just a normal person so it’s easy,” he said. “You can be a fan of a team and play sports too. I was obviously a fan of the U.S. team and they did very very well, and I’m very pleased they won.”

Dwyer had a simple and honest answer as to why he likes women’s soccer: “My wife plays it.”

The couple got married in a private ceremony in January.

The scheduling of MLS matches can include long travel across North America. Dwyer was not able to get to as many U.S. matches as he would have liked. He was able to meet his wife for brunch in Vancouver on the morning of the July 5.

Dwyer, a Cuckfield, England native, was able to come up to Canada for only a pair of World Cup matches: the final and the opener in Winnipeg against Australia, where Leroux tallied an assist on the game-winning goal.

After the United States’ victory, an emotional Leroux credited her husband with being her rock and providing strong support, an open ear and a shoulder to cry on. Without Dwyer by her side, Leroux is not quite certain that she would be where she is now.

“He’s been amazing,” Leroux said. “To be honest, it’s been a hard road and we always say… It’s been a long road but we’re here now. That’s my an Dom’s saying. I just wanted to say, thank you so much for being there for me, because I don’t know if I could have handled it without him. It’s been an up and down ride and it’s been a hard ride. Coming back from an injury and fighting your way back to a starting spot to however the World Cup plays out. Sometimes if something’s not broken, you don’t fix it. I was just very happy to have him and especially to have him here.”

The MLS season and NWSL season are both primarily played during the spring and summer. It can be difficult for athletes to spend time with their spouse. Leroux was traded by the Seattle Reign FC to Western New York Flash in a blockbuster trade in March. She has inquired with Seattle about a trade to FC Kansas City to be close to her husband, something which remains important to her even after the World Cup.

“Of course, yes,” shes said. “That is where I would love to play. To be honest, anywhere where my husband is, is where I want to be.”