The story of Carli Lloyd’s rise to World Cup hero 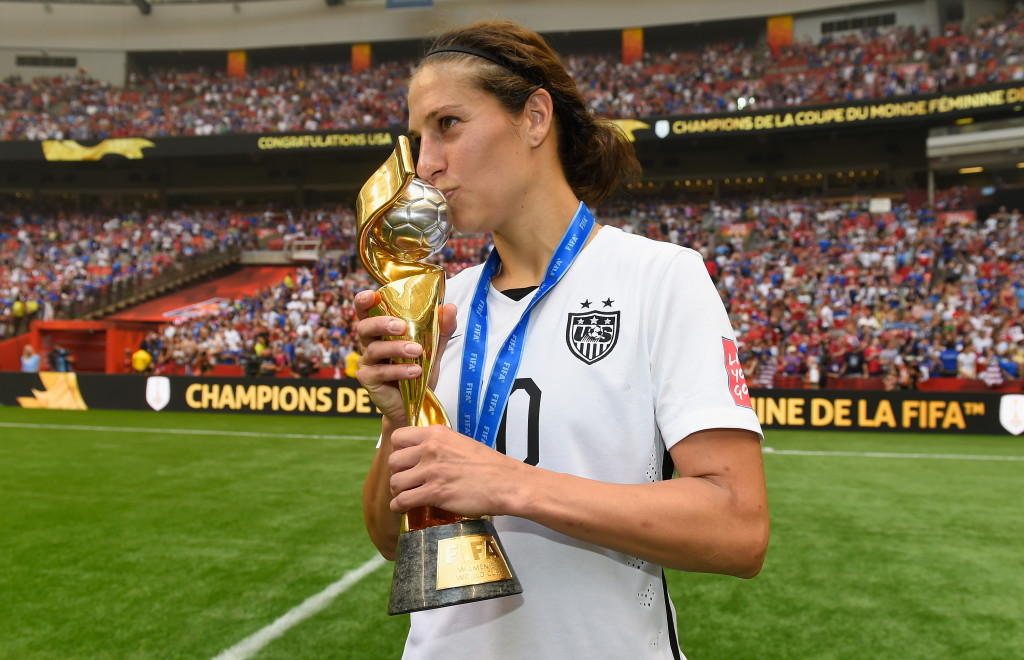 Editor’s note: Since not all of my work appears on this domain, and since not all readers necessarily cross over to our other spaces on NBC or follow us on social media, I’m posting a pair of Carli Lloyd stories here in light of what has pretty easily been the craziest 10 days of her life.

Carli Lloyd nearly quit soccer over a decade ago. She had just been cut from one of the United States’ youth national teams, she was out of shape and she was lacking motivation.

The her parents got in touch with James Galanis, a trainer in their area of Delran, N.J., and the rest is history. Galanis turned around Lloyd’s mental and physical game, getting her in shape and helping her find the right mental state to become a better player. To this day, Galanis remains Lloyd’s most trusted person for guidance in soccer. Galanis speaks with Lloyd daily to provide motivation. In the offseason and even in off weeks when Lloyd is home in New Jersey, the two meet at the local field on which Lloyd played growing up to continue to train and keep Lloyd at an elite level.

I profiled Lloyd’s rise, as assisted by Galanis, in November. Both trainer and player told me then that Lloyd’s goal was to be the best player in the world. She is already twice running the Olympic hero for the three-time defending gold-medalist USA. But to really prove herself, she needed to thrive at the World Cup, soccer’s biggest stage.

On July 5, under the smoky air in Vancouver, British Columbia, caused by a distant wildfire, Lloyd caught fire and scored a hat trick in the opening 16 minutes of the World Cup final against Japan. The U.S. led 4-0 by that 16-minute mark — when Lloyd scored the most spectacular and audacious of her goals, from midfield — and the Americans went on to beat Japan, 5-2 in a game they always controlled to win their record third Women’s World Cup title and first since 1999.

“Time to make this World Cup yours.”

Lloyd did exactly that, owning the World Cup final in a hat-trick fashion which no other woman in history has done. Even more prophetically, Galanis — who had been vacationing in Greece during the World Cup, away from the match stadiums, as Lloyd prefers all her family and friends to be — drafted his daily text message to Lloyd. He wrote to Lloyd that she was going to score three goals in the World Cup final, but Galanis erased the message before pressing send for fear of putting too much pressure on Lloyd. He knew it would happen, he just didn’t want Lloyd to think about making it happen.

What followed was the stuff of legends, and Lloyd, as she said she desired in our chat last year, etched her name into World Cup folklore, winning the Golden Ball as the tournament’s best player and taking the seat as favorite for World Player of the Year.

[CLICK HERE FOR THE FULL STORY ON LLOYD’S MOTIVATIONAL EMAIL]