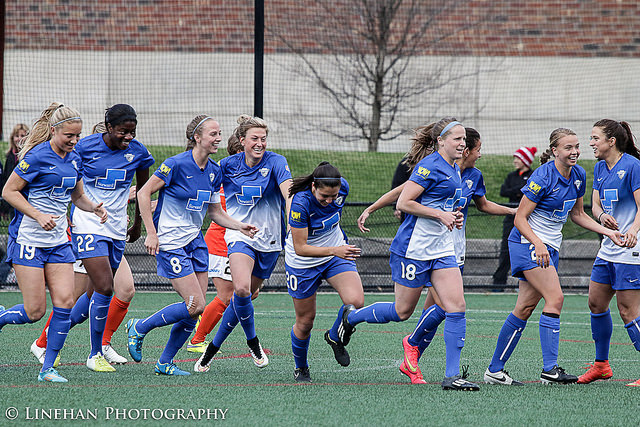 In the four days since the Women’s World Cup ended there has been considerable buzz surrounding the NWSL where 22 or the 23 members of the squad (Abby Wambach) play club soccer. The newly minted world champions will not be in Boston for Thursday night’s return match, but is it a good chance to get things back on an NWSL track for the remainder of the summer. Here is the quick preview for the lone midweek match.

Points of Interest: FC Kansas City coach Vlatko Andonovski has suggested the 1-0 loss in Boston on May 30 was his team’s poorest performance of the season. Fortunes have changed some for both in the weeks since. Andonovski saw his team break out in a 3-0 win last weekend over the Spirit. The Breakers meanwhile have dropped two matches, both at home, while conceding five goals since the World Cup break. Against the Spirit, FC Kansas City did a solid job of using both flanks to attack. That will put pressure on the Breakers’ outside backs plus the emerging but still inconsistent center back pairing of Julie King and Kassey Kallman.