Klingenberg: 2015 team pioneering in its own way 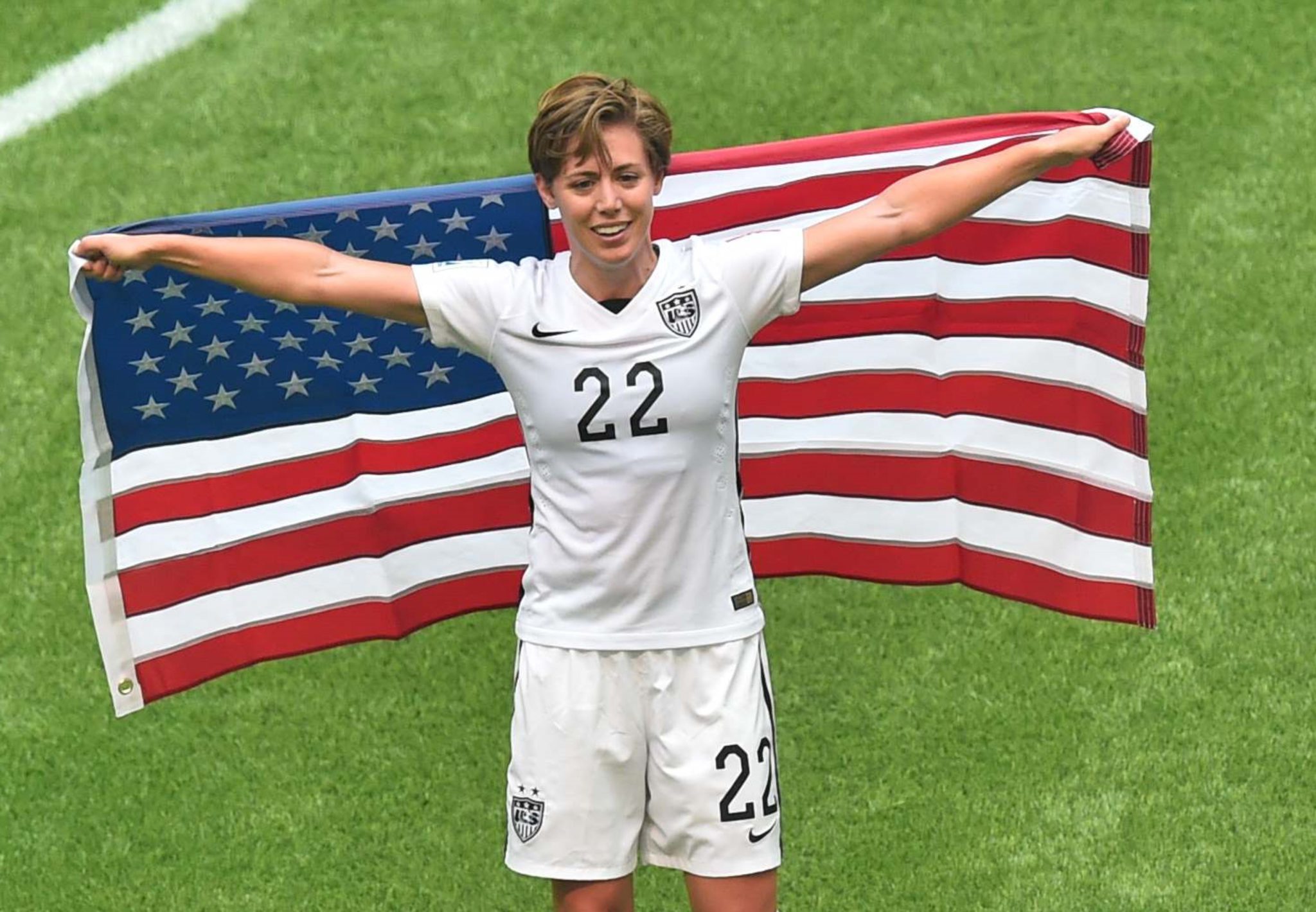 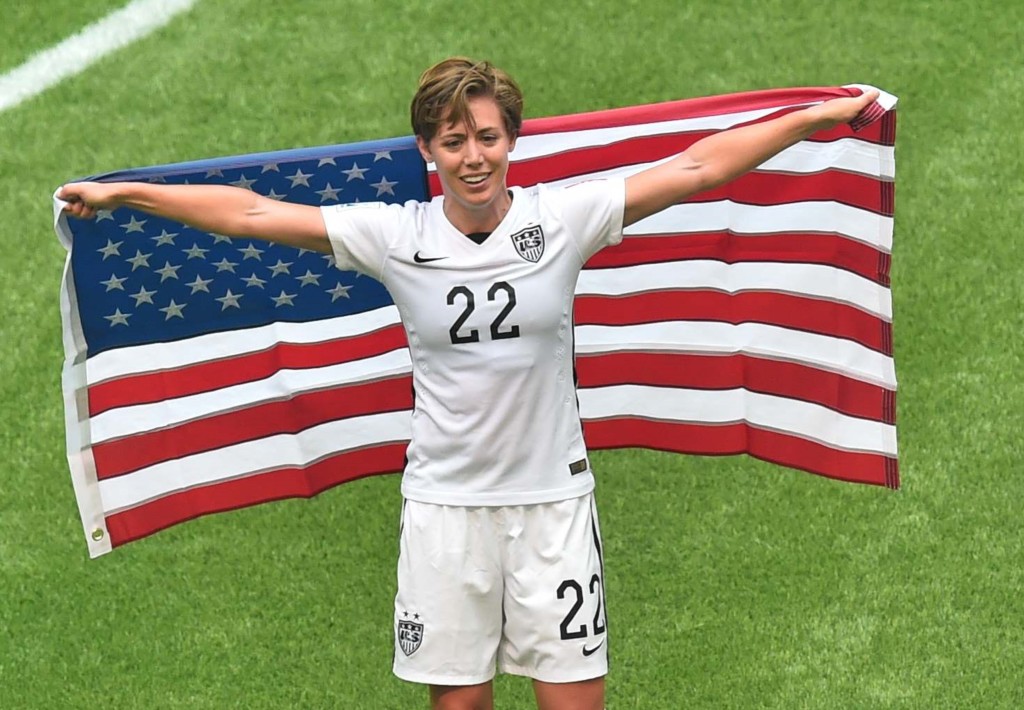 VANCOUVER, British Columbia — The incredible journey that the U.S. went on to win the Women’s World Cup ended with an offensive masterclass in a 5-2 win over Japan, but it was the defense that got the Americans to the final.

Carli Lloyd was brilliant and had a match that only legends have. Her hat trick was only the second in a World Cup Final match, men’s or women’s and first among women.

The defense that carried the United States to the finals also deserves a lot of credit. Coming into the tournament, the U.S. back line had a few question marks. Ali Krieger, Julie Johnston, Becky Sauerbrunn and Meghan Klingenberg answered any and all concerns by shutting down the opposition time after time. That group of four, sitting in front of goalkeeper Hope Solo, gave up only one goal heading into Sunday’s final, tying the record for a shutout streak at a single Women’s World Cup at 540 minutes (Germany 2007 being the other team, which at the time was the full tournament).

Klingenberg knew that the main objective was to win the World Cup. In doing so, the Americans would have to play at a level they had not previously performed at. Coming into the final, both Japan and the U.S. had played fantastic soccer, but neither side had peaked and shown their true top-level capabilities.

“That was the level that we’ve always had in us,” Klingenberg told The Equalizer the morning after the United States’ victory. “That’s the expectation that we set for ourselves at the beginning of the tournament. It’s great that we realized our level, because we knew that we could be that good. Playing against a world-class opponent like Japan, and being able to put in a good performance like that, it feels so great, because we just knew that we had that in us but we hadn’t shown it yet. It’s great that it came out in the finals.”

As World Cup champions, the 23 players representing the U.S. experienced a life-changing moment at BC Place on Sunday. Everywhere they go, they will be recognized and remembered as World Cup champions. They returned to a celebration at L.A. Live on Tuesday and on Friday the team will get a ticker-tape parade in New York City. The 26-year-old Klingenberg is still on cloud nine after becoming a champion.

“It hasn’t sunk in, it’s just an incredible mix of emotions that I can’t necessarily pin down,” she said. “You have this awe of being in a World Cup, and winning, and then a childhood dream becoming a reality, and all your family being here. There’s been ups and downs, so really, it’s been a great ride so far.”

[MORE: Wambach gets her title  |  Will she retire? Questions loom for USWNT]

Many — fair or not — have compared the United States’ 1999 World Cup championship team to this World Cup winning team. Clearly both teams are different in their own ways, and both came together to win a World Cup in North America. In 1999, the media coverage, fan support, player conditions and coaching were different from today. This was the first World Cup expanded to 24 teams in the growing landscape of women’s soccer.

Klingenberg was 10 years old living in Pittsburgh during that magical run and U.S. penalty-kick victory over China. She may have been inspired to become a footballer because of the 1999 World Cup. A future young girl may have watched the U.S. at this World Cup and been inspired as well. In that regard there are similarities with national pride and growing the sport. In terms of players, and the actually performances on the pitch. Klingenberg doesn’t see a real comparison.

“If you compare 99′ to 2015, there’s really no comparison for how much ’99 moved the women’s game into the forefront of America’s mind,” Klingenberg said. “That’s not really what we were doing. We just wanted to win because we wanted to be the best in the world. Any time that you can say you’re the best in the world, it probably moves the game forward in your country. That was our goal and hopefully the repercussions and impact will kind of follow.”

The U.S. also won the inaugural World Cup in 1991. The former North Carolina Tar Heels player hopes that there is no comparison between the two most recent championship teams going forward.

“I hope not. There’s no comparisons,” Klingenberg said. “The 99′ team was world-class in themselves and we have a world-class team too. There’s really no comparison, they were pioneers of the game. I feel like we’re still pioneering the game. To me it’s just an honor having a star with them.”

Klingenberg and her teammates will eventually get back to playing in the National Women’s Soccer League this month. At this point, it’s unknown which players will play in this weekend’s matches, but it looks unlikely. The Houston Dash — home to Lloyd and Klingenberg — will host the Chicago Red Stars on Sunday. With the lower bowl of BBVA Compass Stadium sold out, the Dash have opened part of the upper bowl. Klingenberg is happy to just keep riding the wave and playing soccer when she eventually does join back up with Houston.

“I’m just going to keep playing, doing my thing,” she said. “I’m not sure yet, we’ll see. I think we need a little bit of down time and then we’re going to head back to our teams and everybody can catch us in the NWSL.”