After USWNT victory, what now for NWSL? 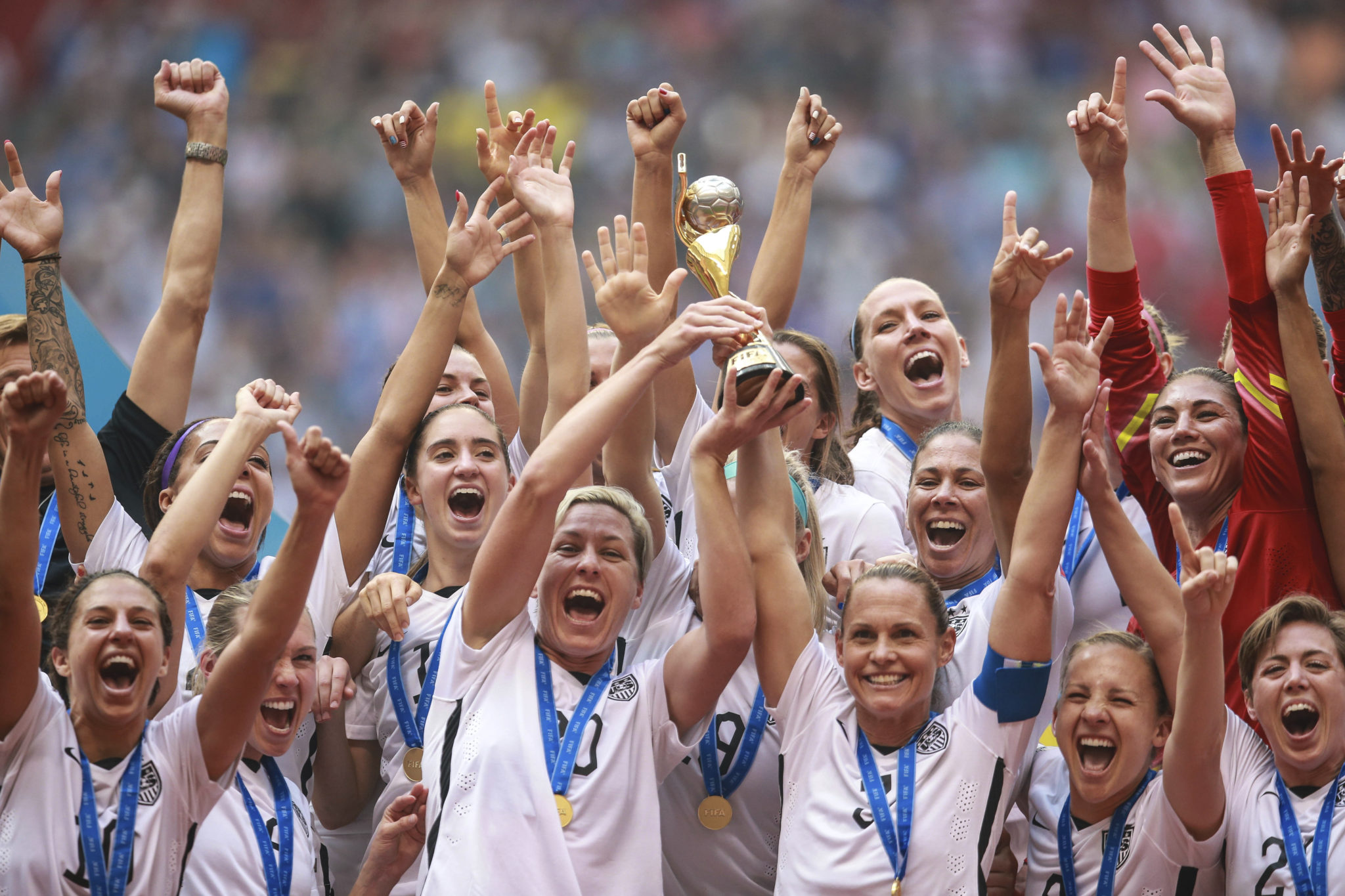 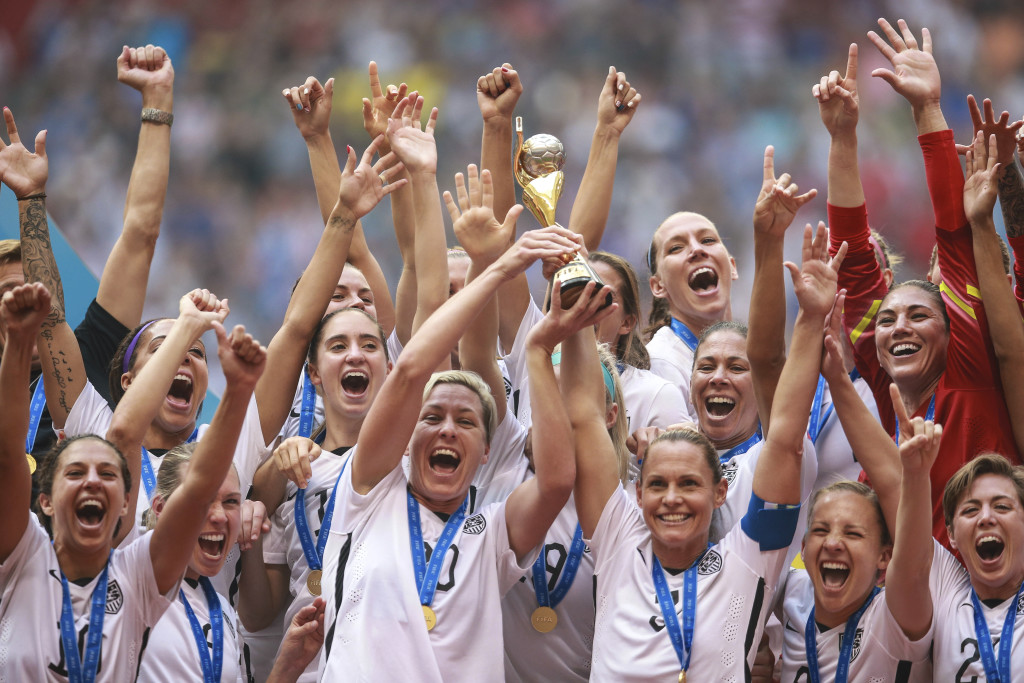 Hello there. So you just fell in love with the United States women’s national team, champions of the world once again after throttling previous champions Japan in Sunday’s Women’s World Cup final, 5-2.

The United States women’s national team is, now officially, the most storied program in its sport. Sunday’s World Cup title was the country’s third, the most among any nation. Germany won twice, in 2007 and 2011, and Japan was aiming to become the third team to win two title but fell quite a distance short.

The Americans also own the Olympics. They’ve won four of the five all-time gold medals in the competition, including three straight.

And Carli Lloyd? Well, Carli Lloyd is no stranger to big-time goals, although that one from midfield on Sunday to complete her 16-minute hat trick was something else. Lloyd scored the game-winning goal in the 2008 and 2012 gold-medal games, the only man or woman to ever seal the deal in back-to-back Olympic gold medal games.

[KASSOUF: Lloyd proves she’s the World Cup hero she knew she would be]

By now, you’ve seen that these women, despite being historically dominant and the best at what they do, do not get paid nearly as much as their male counterparts.

What’s more, the U.S. players on an individual level don’t make as much as men’s players. A recent financial report, required by law for U.S. Soccer, revealed that the best-paid women’s player was forward Alex Morgan, who made $282,564 between April 2012 and March 2013 (which was before the new collective bargaining agreement was signed).

Most of the money the women’s players make comes through endorsements, especially from apparel companies like Nike.

Furthermore, the reality is that these players all (except Abby Wambach, sort of) play in the National Women’s Soccer League, a nine-team domestic league in its third season of existence, trying to thrive on tighter budgets than those that saw its two predecessors fold after three seasons each.

As I first reported, the current minimum salary in the NWSL is $6,842, with the maximum salary coming in at $37,800 for the April-October season. The numbers aren’t pretty, and they don’t even factor in the use of amateur players, who get paid nothing beyond the coverage of basic expenses so that they maintain their amateur status. Amateur players have been heavily relied upon this season due to the extended absences of U.S. and other national team players.

The total salary cap is $265,000 for the 20-player active professional roster for each team.

Yes, those numbers are scary, but they are more realistic. The Women’s United Soccer Association (WUSA) burned through $100 million from 2001-2003 while riding the coattails of the United States’ 1999 Women’s World Cup victory. Women’s Professional Soccer (WPS) lost a fraction of that but still couldn’t survive on seven-figure budgets.

So NWSL was born following the 2012 Olympics. This league is backed by the U.S. Soccer Federation and its purpose is to both give players a sustainable league and, most importantly to the federation, give national team players a weekly place to play at the highest level.

Attendance is as humble as salaries in the league. The NWSL averaged 4,121 fans per game for its nine teams in 2014, but the number is significantly skewed by the anomaly that is Portland Thorns FC, which averages over 13,000 fans per game. The next-closest draw, the Houston Dash — also backed by an MLS team — drew 4,539 fans per game.

Average league attendance was down slightly from 2013, the league’s inaugural season.

Teams hope that this World Cup title claimed by the United States, and the attention being given to it by more casual fans, brings more attention to the league. Saturday’s Seattle Reign FC game is expected to be a sellout of over 6,000 fans. The Houston Dash — home to Lloyd, the hat trick hero of the World Cup final — opened the upper bowl of BBVA Compass Stadium to account for the swell in ticket sales.

It’s unclear if any U.S. players will participate in this weekend’s league games, but having spent the month with the team and spoken with players after the match and the day following, I’d unofficially put the answer at doubtful. The U.S. women will be in New York on Friday for a historic parade, the first put on by the City of New York for female athletes since 1960.

If you can’t get enough of what you saw in June and July, the NWSL is for you. Like any league, there will be great games and duds, superstars and players who aren’t as up to the grade, good refs and bad — everything you might expect. You can watch all the games on YouTube, and some of them on Fox Sports 1. The league is home to some of the best players in the world who you otherwise, unfortunately, won’t see on the world stage with their national teams — Seattle’s Kim Little and Jess Fishlock among them.

The league is now tasked with trying to keep folks like yourself around and interested for longer than just a week. I was in Rochester, N.Y., in 2011 when the city was shut down in the days following the 2011 World Cup — the U.S. lost to Japan in the final — and some 15,000 fans showed up to Sahlen’s Stadium to watch the Western New York Flash — with Morgan, Marta and Christine Sinclair — play the now defunct magicJack and hometown hero Wambach. The usual crowds hovered around 2,000 fans per game (they still do today).

And if you’re new to this site, welcome. We cover the United States, Canada and all of world soccer, as you’ve probably ascertained by now. But we also cover the NWSL on the daily, with beat writers across North America. Give the league a look and see if you like it, and do the same with this website. The message from us is the same as that from the league:

Welcome, we’re here all the time.

The Lowdown: Tales from the Women’s World Cup
NWSL: Midweek preview for Week 13