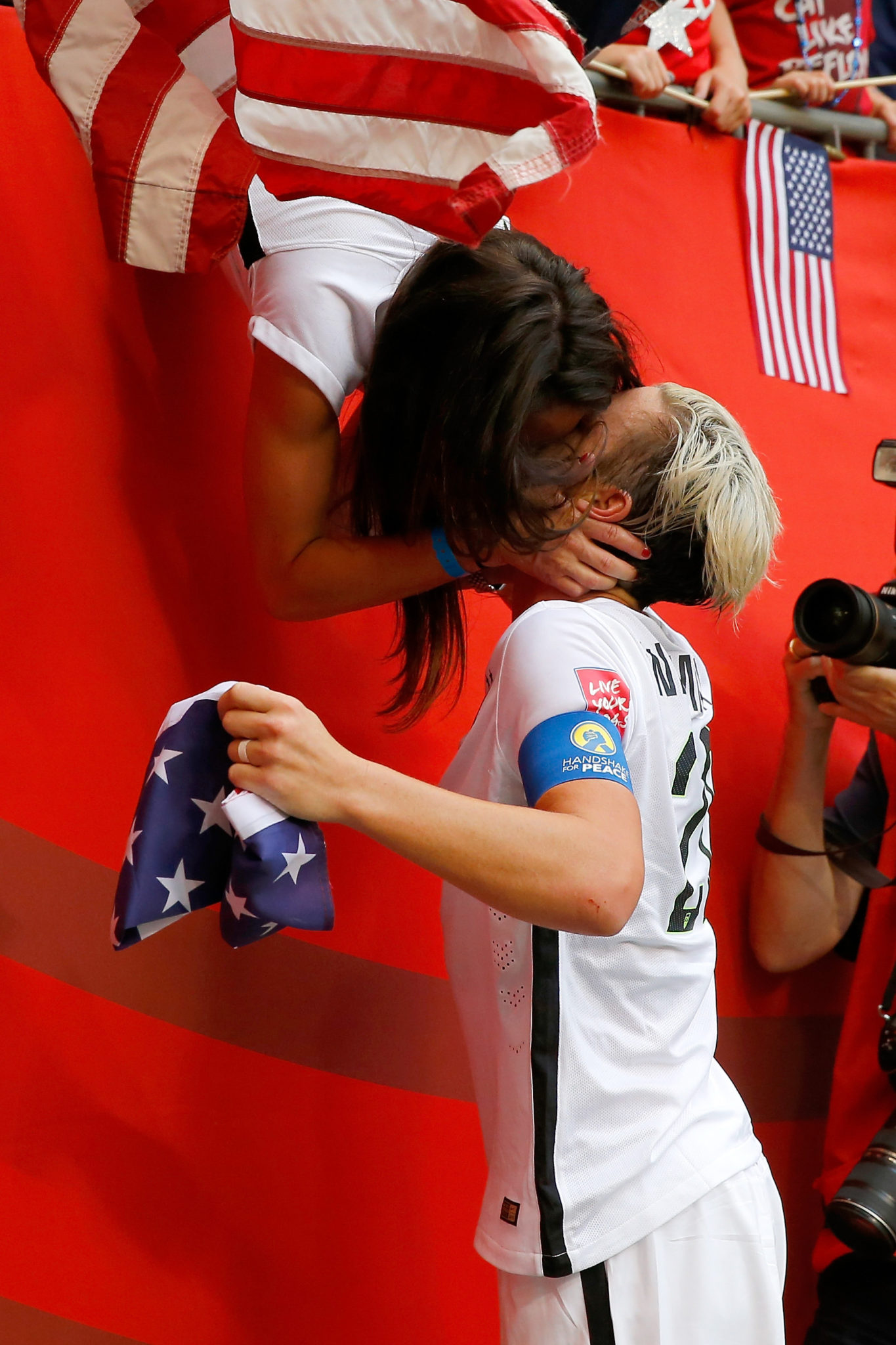 Carli Lloyd stole the show, scoring three goals in a 5-2 victory over Japan in the final, and although Wambach played only the final 11 minutes of the match, she is a central figure of this U.S. team has been on a possessed personal mission to win the sport’s greatest team achievement. On Sunday, she claimed that elusive World Cup title.

“I don’t care who has the captain’s band, I don’t care who lifts the trophy – as long as we won,” Wambach said after the game. “I’ve meant it all along. I would give up all of my individual awards for what we just did tonight. It’s the truth, it’s the wholehearted truth. I was sitting my rear end on the bench, watching my team win a World Cup. I’d choose that over World Player of the Year, over scoring more goals than anybody in the world; I choose winning a World Cup as a team any day of the year.”

Wambach also won the day with the photo of the final. After the whistle, she ran to the team’s friends and family section in the corner of BC Place and kissed her wife, Sarah Huffman, in an iconic photo: 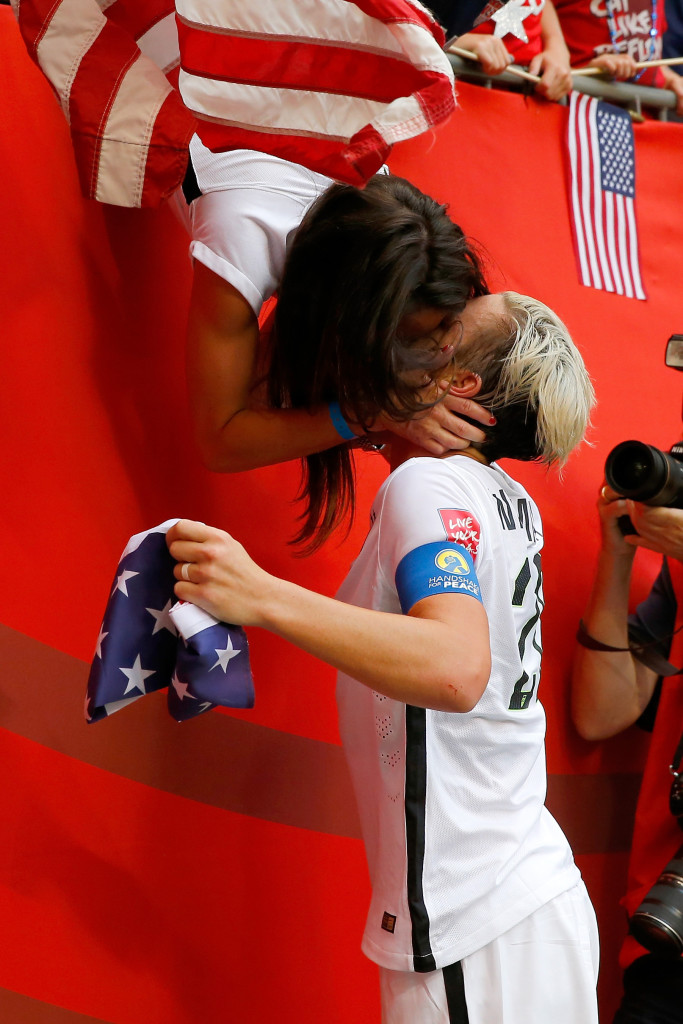 The pair of ex-teammates got married in October 2013 in Hawaii.

Brandi Chastain’s celebratory photo in 1999 remains the most famous and iconic photo in women’s sports history, but the kiss between Wambach and Huffman is symbolic of 2015. Only two weeks ago, in a decision this U.S. women’s national — with several openly gay players — celebrated, the Supreme Court’s decision to legalize gay marriage in all 50 states.

“Obviously it impacts my life personally, but everybody on our team was super excited and happy about it,” Wambach said of the ruling before the team’s quarterfinal win over China.