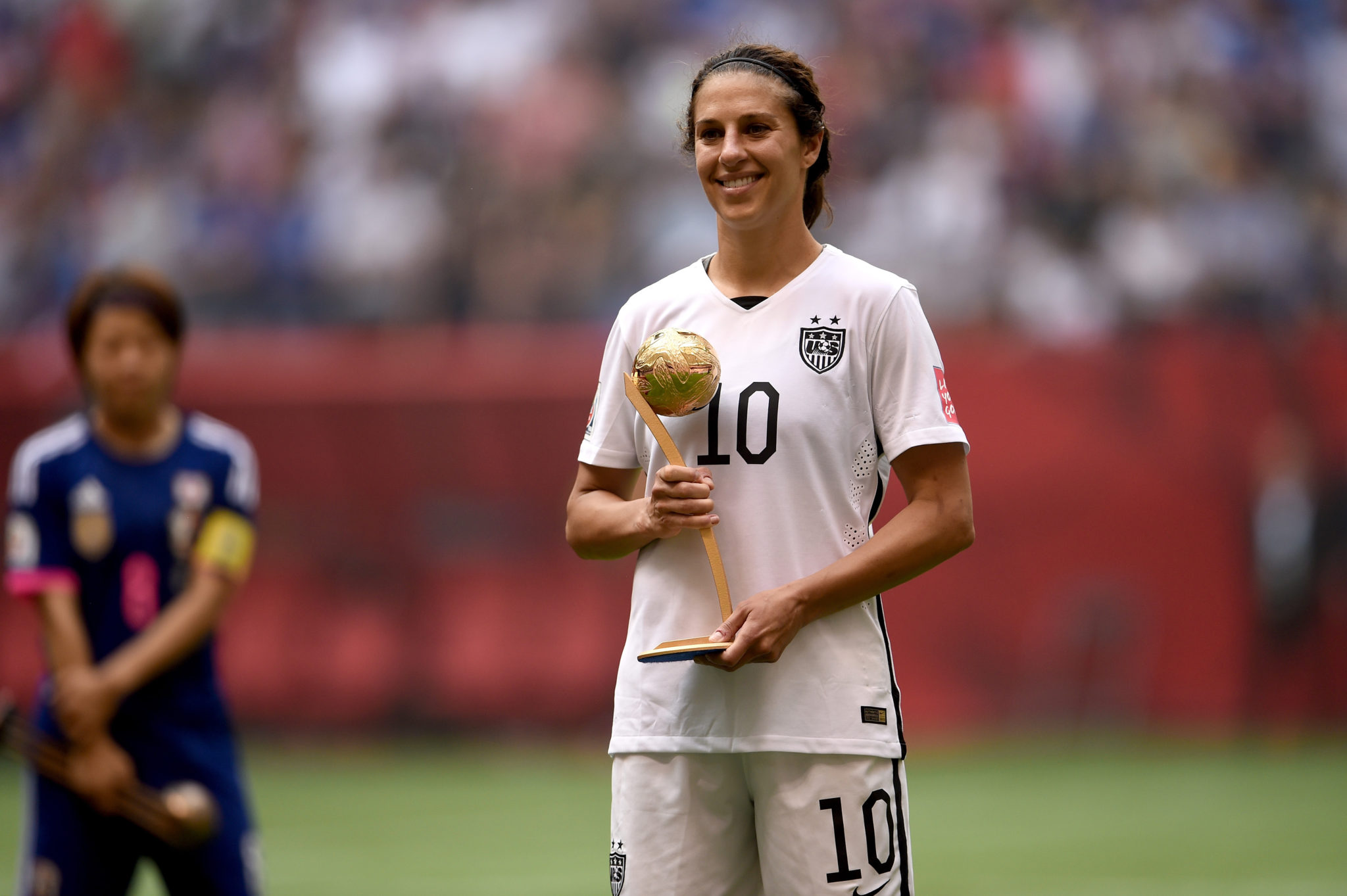 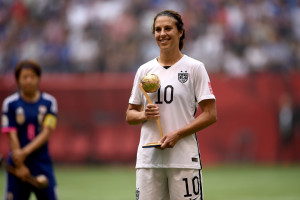 VANCOUVER, British Columbia — Carli Lloyd won the Golden Ball as best player at the 2015 Women’s World Cup after scoring a hat trick on Sunday to lift the United States past Japan, 5-2 in the final. That gave the U.S. a record third World Cup title.

Lloyd finished the tournament with six goals, tied for the most by any player at the tournament. Germany forward Celia Sasic won the Golden Boot, however, having played fewer minutes than Lloyd (each player had one assist, which is the first tiebreaker.

The full list of awards and voting, per FIFA:

The Golden Ball is awarded to the best player in the final competition on the basis of a ranking compiled by the FIFA Technical Study Group. A Silver Ball and a Bronze Ball are awarded to the second and third best players.

The Golden Boot is awarded to the player who scores the most goals in the final competition. If two or more players score the same number of goals, the number of assists played (as determined by members of the FIFA Technical Study Group) will be decisive. If two or more players are still equal after taking into account the number of assists, the total minutes played in the final competition will be taken into account, with the player playing fewer minutes ranked first. A Silver Boot and a Bronze Boot for the second and third highest goalscorers will also be awarded.

The Golden Glove is awarded to the best goalkeeper in the final competition on the basis of a ranking compiled by the FIFA Technical Study Group.

The Best Young Player award will be given to the best young player in the tournament, as selected by the FIFA Technical Study Group.