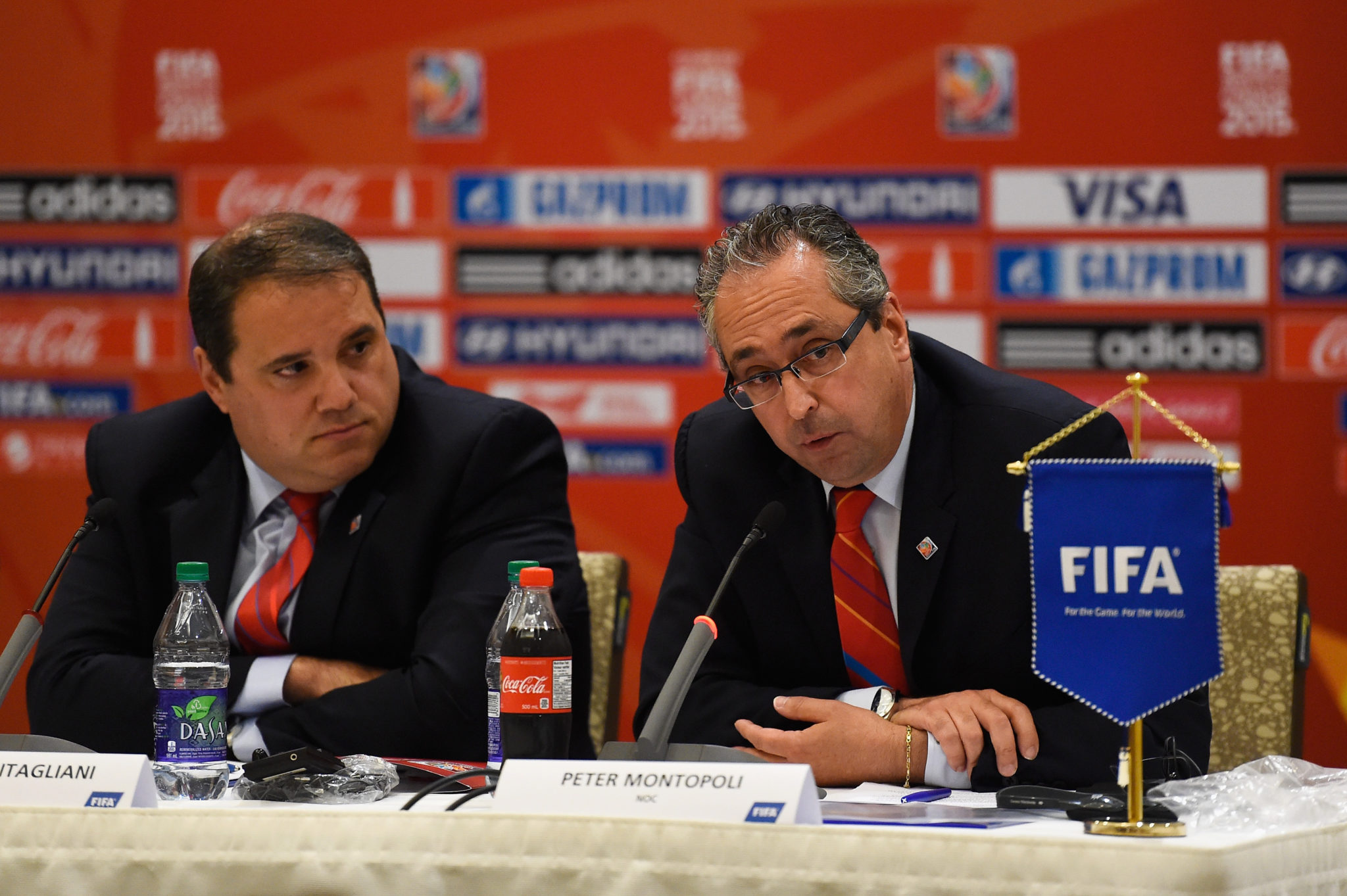 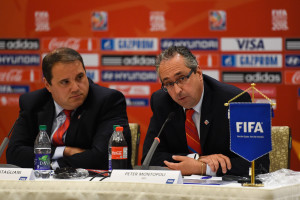 VANCOUVER, British Columbia — The spotlight on the 2015 Women’s World Cup is on Sunday’s final between the United States and Japan, but on Friday the host nation addressed the tournament’s off-field successes and failures.

The question that seemingly continues to go unanswered remains the reasoning of FIFA president Sepp Blatter’s unwillingness to attend the 2015 FIFA Women’s World Cup. His attendance was up in the air until a Reuters report earlier in the week reported that he would not attend.

“I can tell you, whoever the winning captain is, I don’t think they care who gives them the trophy,” he said.

As for the hosts, the belief among the media and supporters of Canada’s women’s  was that the Red and White would make it to the quarter-finals and not any further. This prediction came to fruition when Canada was bounced from the World Cup after a 2-1 loss to England last week. The primary and secondary target — specifically on the pitch — for Canada, coach John Herdman, his players and the Canadian Soccer Association were much more different.

“Our goal was to always be here on Sunday and also the secondary goal was to be in Edmonton on Canada Day,” he said. “We didn’t succeed, so from a micro level it’s been a difficult pill to swallow starting with John and starting with the players. The team did get better as the tournament went on and I think we need to use this as a learning experience.”

It’s important that Canada continues to make progression on and off the pitch even after the shine of the Women’s World Cup has faded. Currently, no immediate plans for fixtures have been set in place with Brazil Olympic qualifying set to take place in early 2016. It’s imperative that Canada develops young players immediately. Kadeisha Buchanan, Ashley Lawrence and Jessie Fleming made significant steps and that needs to continue with them and other players to come. Montagliani wants to see Canada on the right path with growing and producing the next generation of players.

“John likes to say ‘more Sinclair’s more often,'” Montagliani said. “If you’re looking from a development standpoint, my comment is… more Fleming’s, more often. Very technical players like Jessie that are coming out of the system. We just need to see more of them, more often. That means introducing strategies of going into younger age groups, leveraging into professional clubs and getting them involved.”

Some of the goals off the pitch for Canada as a host country included operationally executing a massive World Cup competition over five time zones in the second-largest country in the World, as well as the overall showing of Canada’s national team and the target of reaching 1.5 million tickets sold for the World Cup.

“Our belief was that there was flawless execution in organization for this competition,” he said. “A lot things you may not see. Whether it be team movements, team trainings, training fields, everything required to move equipment. Everything from a team perspective was handled in a flawless manner. We’re talking about five time zones. FIFA’s never executed, and an organization committees never executed a FIFA event over five time zones. We’re very proud of that. I think we handled it in exemplary fashion.”

Canada may have struggled to score goals, and narrowly squeaked by to finish atop Group A and Switzerland in the round of 16. In saying that, nobody ever asks how you win the games, just as long as you do. That seems to be the underlying conclusion regarding the team performance on a much broader scale that the average fan, pundit, and casual sports enthusiast might not realize.

“As far as team performance, Canada will have ranked now 6th in this competition. Four years ago we were 16th. I remind everyone there are 209 FIFA member associations of which 129 tried to qualify for this competition.”

The real home run at the World Cup was the massive fan support for matches from across the country. The biggest crowd during the tournament was 54,027 in Vancouver at BC Place for Canada vs. England. The average attendance for matches is 25,884. The breakdown of tickets purchased by buyers is 62 percent Canada, 33 percent United States, and 5 percent from the rest of the world. Montopoli is quite pleased with the goal Canada was able to hit in terms of tickets sales and having been attended in terrific numbers.

“We plan on reaching 1.3 million spectators which is 90 percent of our goal,” he said. “I think anytime you reach 90 percent of anything your pretty successful in life. It represents the largest attended FIFA event in history, not only for a FIFA Women’s World Cup, but for any World Cup outside a men’s World Cup. We believe we’ve been on target in terms of our success.”

Now the one wrinkle in terms of crowd attendance for matches is the fact that group-stage doubleheaders were counted as the same attendance for both matches. The total attendance was counted for both matches no matter how many fans did or did not show up for both separate matches. According to Montopoli, this isn’t something new that has popped up. Previous World Cup tournaments have done this.

“Certainly how we would count the attendance is a standard format that FIFA has done historically,” he said. “It’s standard for any other competitions, so if we’re comparing it to Colombia which is the record we have broken, it’s the same for that. They had doubleheaders and they counted it twice. In the United States in 1999, they had doubleheaders and counted U.S. matches as twice. I mean it’s not any formula change that we’ve done to cook the books so to speak. It’s exactly the same format.”