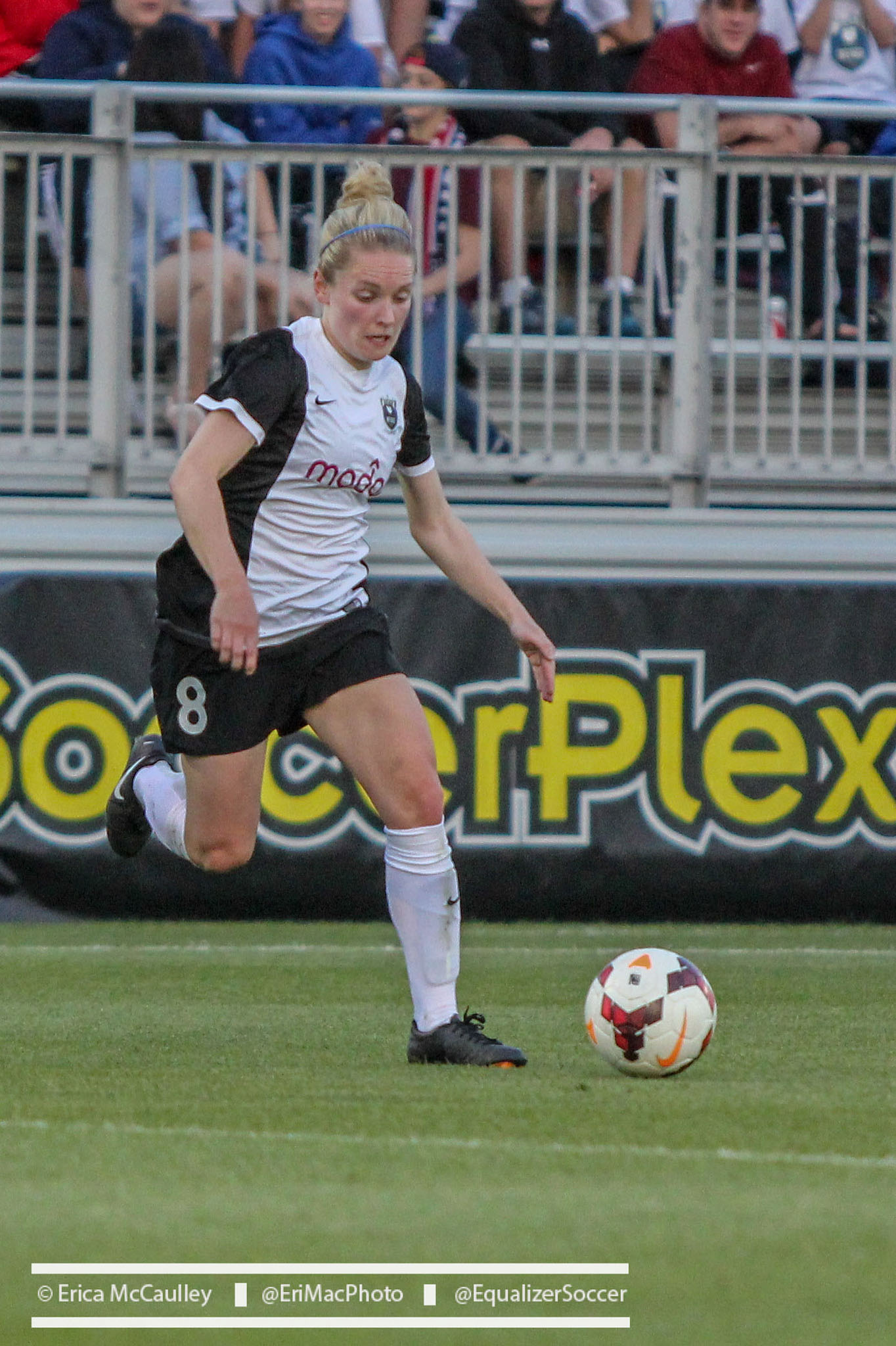 The WNY Flash looked to turn the tides on the Seattle Reign on Friday night at Sahlen’s Stadium after being defeated 5-1 during their first meeting this season. Though the Flash outshot the Reign 20-1, the match ended in a 1-1 draw.

The WNY Flash hit the pitch strong and composed right at the start of the match. From creative offensive sequences to a strong defensive line, the Flash utilized the width of the field to build and maintain a strong, cohesive front. Seattle, in return, struggled throughout the match to break through the defensive line and create a steady offensive momentum.

The Flash created a series of dangerous offensive plays throughout the match, as evidenced by their 20 shots, but in the end Haley Kopmeyer did a fantastic job and denied them all but one goal.

Seattle was awarded a penalty kick in the 54th minute after Abby Dahlkemper took down Jess Fishlock in the box. Kim Little took the PK – Chantel Jones went right, Little went left to put the Reign on the board 1-0.

Lynn Williams scored the equalizer, her 3rd goal of the season, in the 81st minute. Elizabeth Eddy did a tremendous job moving through three defenders in the box and found Williams on the left side where she easily finished.

Williams had a strong match and was part of many strong offensive opportunities that resulted in shots on goal. In the 29th minute, she fired a strong shot inside of the box, but a deflection re-routed the ball and Kopmeyer easily snagged the ball. A couple of minutes later, she looked to break away towards goal, but Little put a damper on her plan and chased her down to prevent the shot on goal.

In the 22nd minute, Amanda Frisbee – who made her first career start – sent a beautiful cross into the box. Becky Edwards directed a header toward goal, but Kopmeyer — who had a very busy night in goal — made a diving save, denying Edwards the goal.

Danielle Foxhoven made her way down the right flank in the 37th minute looking to put Seattle on top. She sent a nice through ball to Fishlock in the box, but Dahlkemper came rushing in to break up the play. Fishlock was also on the forefront of dangerous ball played in over the top of the Flash defensive line in the 49th minute. Little and Jones both raced toward the ball, but Jones just beat her to it.

Jasmyne Spencer found Edwards at the top of the box in the 59th minute, but Edwards one-timed it just left of the goal. Sam Mewis, who did a great job at navigating and switching up flank play, took a shot in the 64th minute at the top of the box, but the shot rolled right to Kopmeyer for the easy scoop.

Williams nearly scored her second goal of the night in stoppage time when she rushed in and fired a rocket toward goal, but the ball was deflected out for a corner kick. Eddy also had a close call with seconds left to play when she launched a shot that just went over the goal post.

Both teams will meet again in a week closing a home-and-home series on July 11th.

FC Kansas City broke out of an offensive slump and snapped a five-match winless streak with a 3-0 win over the Washington Spirit on Friday night at Swope Soccer Village.

Former Spirit Yael Averbuch put the Blues head in the 27th minute when she curled a free kick around the wall and into the upper 90 after Estelle Johnson took down Shead Groom just above the area.

FC Kansas City added two more goals after the break. In the 53rd minute Liz Bogus made a far post pass from the left flank that went beyond the frame. Frances Silva sent it back in front of goal where Groom was left unmarked and had an easy finish past Kelsey Wys. In the 66th Erika Tymrak worked her way through midfield and delivered a ball into space deep on the right side. Leigh Ann Robinson ran onto it and gave a cross to Bogus to make it 3-0.

FC Kansas City (4-5-2, 14 pts) jumped into 4th place and will visit Boston on Thursday. The Spirit (5-4-2, 17 pts) missed a chance to take first and will instead remain third. They have two full weeks off before hosting the Reign on July 18.

The Thorns rallied for two second-half goals to win for the first time since April 18, 2-1 over Sky Blue FC. Sky Blue, themselves without a win since opening weekend, led 1-0 until Cami Levin fouled Ayo Anonma in the box for a penalty and red card. Allie Long converted the penalty and Sinead Farrelly scored on a header in the 78th minute off a gorgeous cross by Alyssa Kleiner.

Sky Blue took the lead in the first half when Taylor Lytle put Katy Freels through and Freels scooped a shot over Michelle Betos. Betos though, had the last laugh when she saved Freels’ stoppage time free kick that was targeted for the upper 90.

The teams will meet again Saturday, July 11 at Yurcak Field in New Jersey.