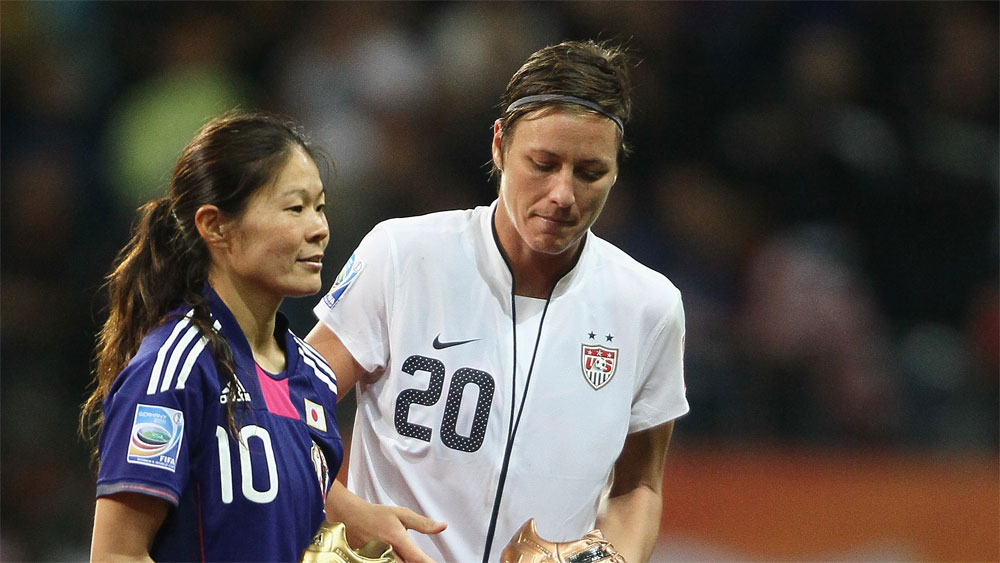 VANCOUVER, British Columbia – Japan and the United States will meet for the third straight time in a major women’s soccer championship final on Sunday to decide the winner of the 2015 FIFA Women’s World Cup.

In 2011, Japan shocked the world by winning the Women’s World Cup four months after an earthquake and tsunami killed over 15,000 people. Japan’s national team heroically rallied a nation at that World Cup to defeat hosts Germany in the quarterfinals for one of the biggest upsets of all time. Then Japan defeated the favored United States in the final, twice rallying from behind to force penalty kicks.

The United States got the upper hand a year later at the London Olympics, beating Japan in the gold-medal game to earn a third consecutive Olympic gold medal and fourth in five Olympic Games.

Sunday brings a highly-anticipated round three.

“In order to be the best team in the world at the World Cup, you have to beat the best teams,” U.S. forward Abby Wambach said. “We just beat the No. 1 team in the world in Germany and now we face Japan, another team that we have so much respect for. They have an amazing team and they’re the reigning World Cup champions so I think it’s going to be a fantastic final. Everyone will have to bring their ‘A’ game and whoever finishes their chances the most will come out on top. Hopefully it will be us.”

In a twist from how things stood just a week ago – when Japan looked like the world’s best team against the Netherlands and the U.S. struggled to beat Colombia in the round of 16 – the Americans will enter the final as favorites after a convincing semifinal victory over world No. 1 Germany.

Fluent play so often defines Japan, but the Americans – usually the more physical side that labors through games to earn results – put on a show against Germany, controlling the midfield and creating chances from the opening whistle. It was Japan who had to put in an almost American-like effort to resiliently hold off England, a winning mentality that is a testament to how much Japan has progressed in four short years.

So U.S. coach Jill Ellis and Japan coach Norio Sasaki square off in what should be an interesting tactical battle in the final. Ellis has shown her mettle over the past two games, turning around an underachieving U.S. team and, even if by force due to player suspensions, rediscovering the American mojo.

Sasaki has long proven he’s a mastermind, pulling all the right strings so precisely that Japan has won all six games played at this World Cup by exactly one goal.

Will the roles revert on Sunday?

“The team which is very powerful and has simple tactic, we may not be good at playing against that,” Sasaki said via translator on Wednesday. “But the final will be the final, and there is nothing beyond that, so we shouldn’t be afraid of making mistakes. I’d like to send the players to the pitch with this strong will.”

Japan’s only victory in 31 all-time meetings against the United States came in that 2011 World Cup final. They beat the Americans at their own game, twice rallying from behind. And Japan was a team of fate then, with a nation behind it for very serious aforementioned reasons. Only Germany has ever successfully defended a World Cup titles, winning the 2003 and 2007 tournaments.

This time around, the Americans believe that fate is on their side, with what is expected to be a pro-U.S. crowd (much like it has been all tournament) just over the border in Vancouver.

On Sunday, either the U.S. will become the first nation to win three Women’s World Cups, or Japan will join the U.S. and Germany with two titles each.

The past two finals between these two teams have been epic. Get ready for more of the same on Sunday.