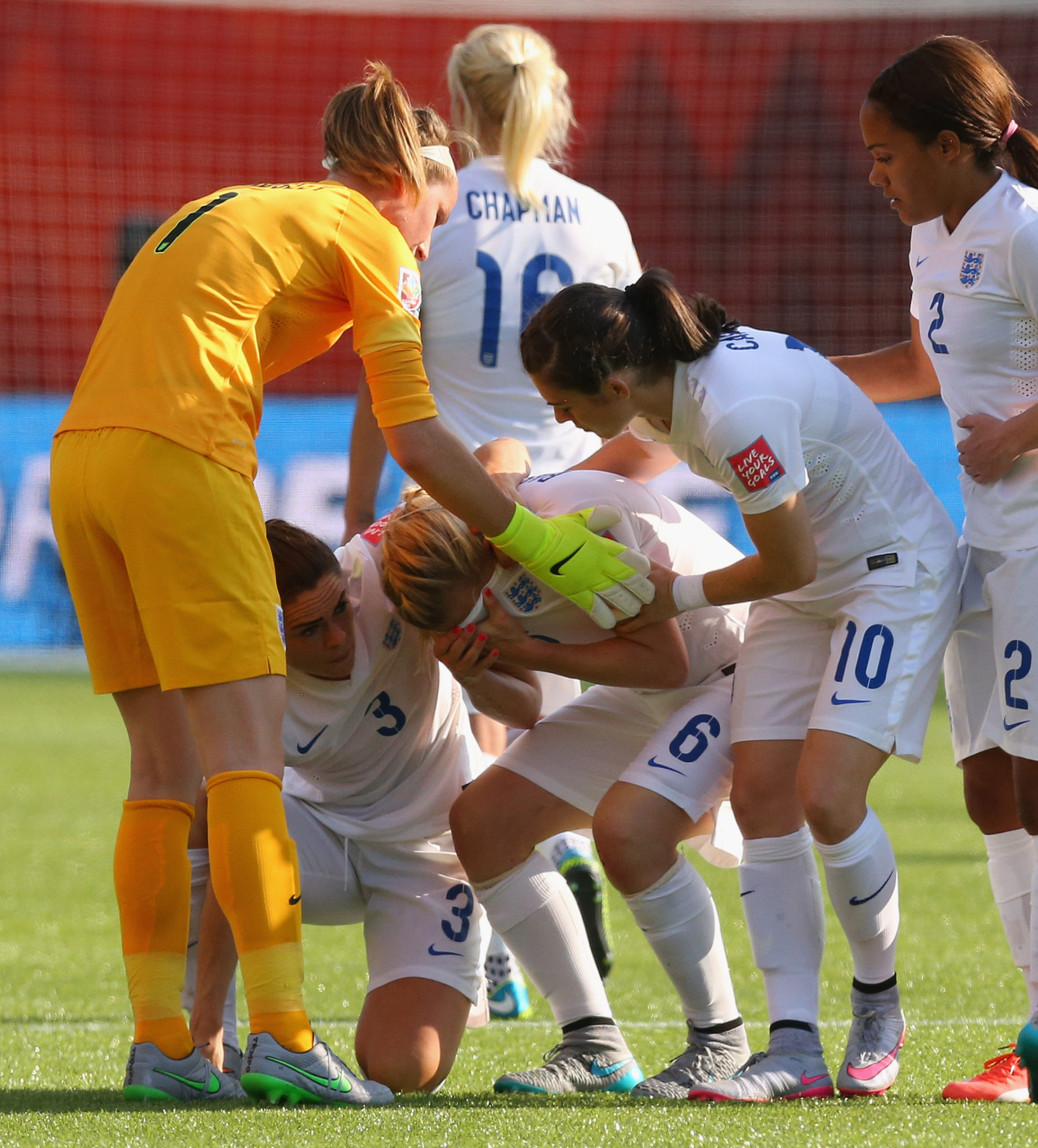 EDMONTON, Alberta — More than a year ago, Chelsea Ladies manager Emma Hayes recounted an anecdote about the moment she knew Laura Bassett was going to be a team leader. She could tell, Hayes said, because of the way Bassett’s mostly new teammates responded to her during a group dinner.

It was Bassett, 31 and now of Notts County, who reached her leg out in an effort to keep a stoppage time cross away from Yuki Ogimi in Saturday’s World Cup semifinal against Japan. Bassett’s right foot was able to poke the ball away, but what happened in the next instant amounted to a far worse fate for the England center back than had she allowed the ball to continue to Ogimi for the game winner. Instead Bassett’s foot sent the ball off the bottom of the cross and into Karen Bardsley’s goal. And before most of the 31,467 at Commonwealth Stadium could come to terms with what happened, two blows of the referee’s whistle signaled the end of the match. Final score: Japan 2, England 1.

“She’s in a hard place, she really is,” England manager Mark Sampson said. “She’s got her teammates around her. She’s got family around her now. It will take her a bit of time tonight just to get back in the game. But she knows she’s got the support of our group and everyone connected with this team.”

That support became evident moments after the match when an inconsolable Bassett was embraced by a few teammates and eventually by Sampson. Soon the entire team joined the group and encircled Bassett. 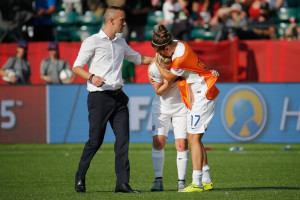 “It was a horrible moment obviously for Laura, but you can see the regard in which the team hold Laura and all her teammates by their reaction,” Sampson said. “Of course every single member of my group is devastated. When that ball went over the line we were devastated. But our first point of call is look after your own. Laura is one of us. She’s one of our team. We get around her. We console her. We let her cry. And we tell her how proud we are of her. Because without her we wouldn’t be in the semifinal.”

Sampson came to the press conference looking like he too had been crying. But he answered questions of all kinds, stopping briefly to compose himself only briefly when asked about the team hug on the side of the field opposite the goal where Bassett and England’s worst nightmares became reality.

“I can’t emphasize enough that Laura Bassett epitomizes what our team is about,” he continued. “She’s honest, she’s humble, she’s hardworking. There’s not one manager in the world who wouldn’t want Laura Bassett in their group.”

Sampson went on to compliment nearly every aspect of Laura Bassett’s persona both on and off the soccer pitch. And nearly a half hour later, in the bowels of Commonwealth Stadium when the 32-year-old Sampson was answering still more questions in the face what had to be an indescribably difficult moment and defeat (“What a tough one to take,” was how he opened his press conference.), he discussed the impact he hopes Bassett and her teammates will have back in England following their unprecedented run to the semifinals.

“I really hope that tomorrow morning, at 6 o’clock in the morning before school, thousands of young girls who have never kicked a football before, will pick up a football and say, ‘Mom, I want to be Laura Bassett today.’”