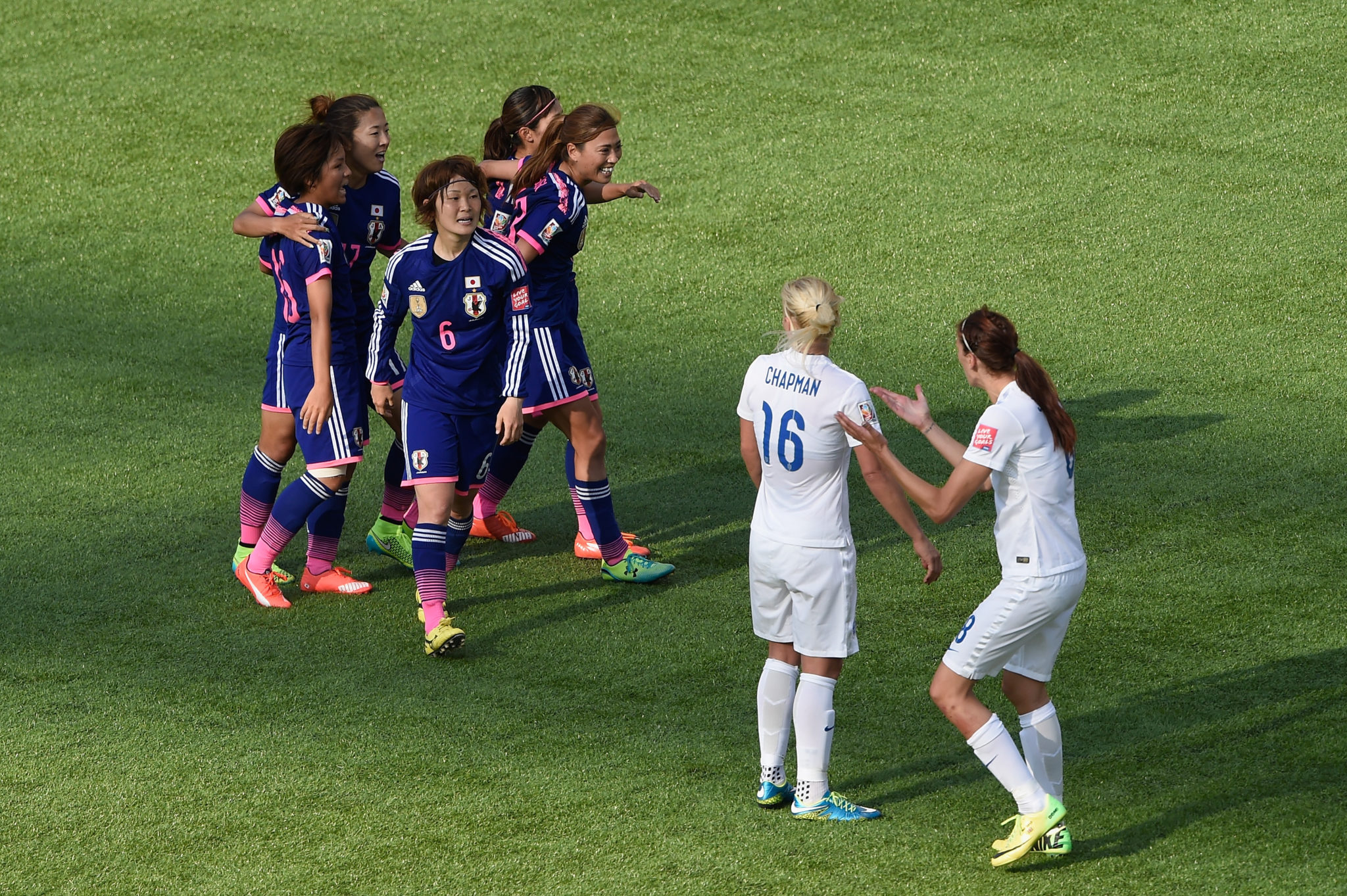 EDMONTON, Alberta — An own goal off the foot of Laura Bassett authored the cruelest of endings to England’s World Cup as the goal handed Japan a stoppage-time winner and a return to the World Cup final. Bassett put what looked like a harmless cross off the crossbar and in–as called by goal line technology–to give Japan a 2-1 victory.

“It was a horrible moment, obviously, for Laura,” England coach Mark Sampson said. “But you can see the regard in which the team hold Laura and all their teammates by the action. Of course, every single member of my group is devastated. When that ball went over the line, we were devastated.

“But our first point of call is, ‘look after your own.’ Laura is one of us, she’s one of our team. We get around her, we console her, we got a cry in and we tell her how proud we are of her. Because without her, we wouldn’t be in the semifinal.”

The teams had exchanged penalties in the first half and looked headed for extra time before the own goal. Japan will play the United States – which beat Germany, 2-0 on Tuesday — in the final for the second straight World Cup. England will remain in Edmonton and play Germany on Saturday for third place.

After 30 minutes of mostly even play, the Japanese made a deliberate attack that ended when Azusa Iwashimizu sent a sudden and deadly long ball to the overlapping Saori Ariyoshi. With a bit of cagey play, she drew a foul on Claire Rafferty, who ran her down from behind. Replays showed first contact was clearly outside the area, but referee Anna-Marie Keighley pointed to the spot. Aya Miyama made everyone wait for what seemed like an eternity as she ever so slowly danced her way up to the ball, but when she got there she safely beat Karen Bardsley to give Japan the lead.

Seven minutes later, England got level with another bit of debatable officiating. To their credit, they pushed the issue immediately after going behind. And when captain Steph Houghton went down in the box with perhaps just the slightest assistance from Yuki Ogimi, a return penalty was awarded. Fara Williams placed it perfectly, beating Ayumi Kaihori, who guessed correctly but just did not have enough stretch to get a hand on it.

The teams were deliberate early in the second half until Japan took the initiative on the insertion of quarterfinal goal scorer Mana Iwabuchi. But England got back on the front foot and nearly went ahead when Toni Duggan smacked one off the crossbar in the 62nd minute. Four minutes later a corner kick was met by Jill Scott who missed an open net and with Japan keeper Ayumi Kaihori reacting slowly to leave half the net open.