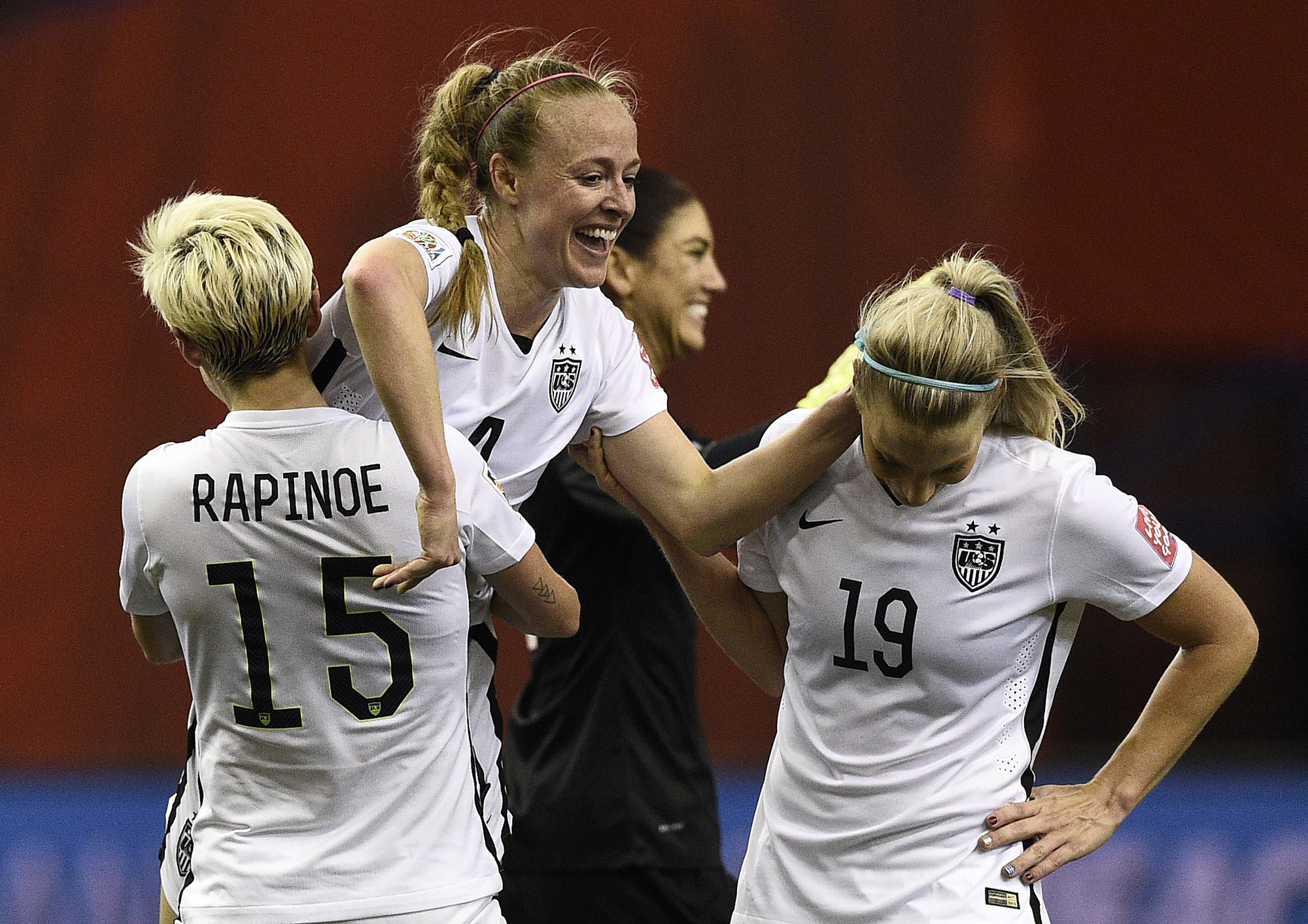 No, not a shootout, but two penalty kicks separated by a mere nine minutes – one on each end of the deafening even if cavernous Olympic Stadium – served as turning points in the United States’ 2-0 victory, which put the U.S. through to a second straight final over their archrivals.

Celia Sasic became the first German to miss a penalty kick at a Women’s World Cup in 13 attempts, pushing her effort wide after U.S. goalkeeper Hope Solo delayed a considerable amount of time, which may or may not have been the difference. Did Sasic overthink the kick? Did the pressure get to her? It was all the same to the Americans, who could hardly hear each other as over 51,000 mostly U.S. fans erupted at Sasic’s miss.

[KASSOUF: Ellis gets tactics spot-on in U.S. victory over Germany]

And as soon the kick went wide, U.S. defender Julie Johnston was swarmed first by Solo and then by her three fellow defenders to get her head back to ground level from an inconsolable state. Johnston was overthinking the moment, even though the U.S. had escaped it unscathed, still with all 11 players on the field and still in a scoreless game. But what do you say to someone on a self-described “emotional roller coaster”? Anything, in a word.

“Anything that a team, you need them to say, they said to me,” Johnston said. “I’m probably one of the most emotional ones on the team.”

It was Johnston who conceded the penalty kick, bringing down Alexandra Popp in the box. Johnston had once before been beaten in this tournament, against Nigeria, but she hustled back to make a goal-saving tackle and deny the shot. On Tuesday, she could only get an arm up to commit a foul.

Johnston and fellow center back Becky Sauerbrunn have been the United States’ most consistent players this tournament, anchoring a defense that has only given up one goal in a jittery opening half-hour against Australia. The Americans haven’t conceded in 513 minutes.

Sauerbrunn has mostly handled the nuances that don’t get a lot of attention – great positioning, directing those around her and distributing the ball to start the attack.

Johnston has claimed more of the attention for her timely tackles. She is seemingly everywhere at once on the field and often making bone-crunching and decisive tackles. And Johnston is also proving to be one of the most threatening offensive-minded center backs in the world. She almost scored in the opening minutes on Tuesday but for a world-class kick-save by Nadine Angerer.

In many ways, Johnston had appeared immortal through her first five-and-a-half World Cup games. She stepped into her role by way of injuries and took hold of it, showing no signs of youth or inexperience along the way.

But no player is immune to a mistake or two. When Johnston made one – a mistake that in the moment felt like it could cost her team its World Cup dream – her teammates were there to pick her up, calming the youthful emotions that momentarily took over.

“It was definitely an emotional roller coaster, as you saw,” Johnston said. “But it’s a team sport and the team today really stepped up for me and I really can’t thank them enough. I’m sure I’ll thank them all the way to the final. It definitely was emotional and I definitely screwed that one for the team. And I definitely am very apologetic for that.”

The 30-year-old Sauerbrunn says she isn’t so much a mentor to the 23-year-old Johnston. “She stepped in and she was such a stud already, so really I think we rely on one another,” Sauerbrunn said.

It’s a mutual relationship between veteran and rookie, ball-winner and unsung hero.