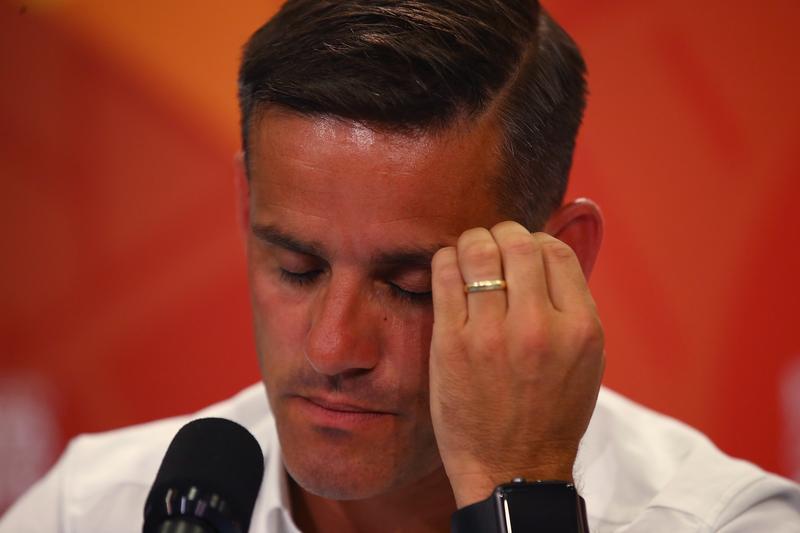 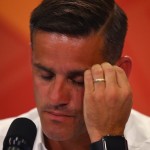 Did Canada’s partnership with NWSL benefit John Herdman and the team at the World Cup? (Getty Images)

The World Cup is not over yet but it is for Canada and Mexico and those are the two countries that bought into Sunil Gulati’s plan of subsidizing player salaries in a new soccer league when it launched in late 2012. Two-and-a-half league seasons and one World Cup later, the questions linger. Did the partnership help either side? And is it beneficial for either to continue or even for other federations to join the party?

The answer is difficult to gage but judging by the reactions from the powers that be at the CSA (Canadian Soccer Association) and FMF (Federation of Mexican Football) they have not been particularly moved by the arrangement. Mexico coach Leo Cuellar told The Equalizer as early as fall of 2013 that he was frustrated with his players not being used enough and feeling like NWSL clubs did not want them. Canada did a partial about face after originally planning to pull all of its World Cup prospects from the league in 2015.

Let’s look first at Mexico. They did not have a very good World Cup. But were there any signs that NWSL benefited the team at all? The best Mexican players in NWSL have been Veronica Perez, Teresa Noyola, and Monica Ocampo. Perez had a role in Mexico’s opening goal against Colombia but the trio was otherwise fairly quiet. The exact impact of their NWSL play is impossible to gage. Certainly they were all exposed to rigorous training and competitive matches. At the same time it is unlikely anyone thought as they watched the tournament, “Hey player X is really so much better from playing in NWSL.”

Cecelia Santiago is a more difficult case. She showed some potential while getting early laying time with the Breakers in 2013 but it was never then coach Lisa Cole’s intention to have her as the full-time keeper. Santiago’s allocation was moved to Kansas City in 2014 but a knee injury kept her at home. She was not allocated in 2015. And she had moments of good and bad at the World Cup. If I had to bet I’d say Santiago absolutely benefited from her season in Boston. And don’t forget that she is only 20 meaning she was facing Christine Sinclair and Abby Wambach when she was 18.

The immediate future of the Mexican team is in some doubt. Charlyn Corral, probably the team’s best player at the World Cup, called for Cuellar to be replaced. Whether that happens remains to be seen, and whether Cuellar or a successor would have an interest in using NWSL as a developmental tool also remains to be seen. And a further issue is that while NWSL clubs continue signing players out of the World Cup, Mexico is not exactly stocked with coveted players.

Canada is another story. The Dash, Red Stars, and Thorns will all be doing cartwheels to celebrate the return of their respective Canadians. But has the partnership been good to Canada?

I would say it has with an asterisk. Did Christine Sinclair and Erin McLeod need NWSL to prove their mettle? Probably not. But there is little doubt that league experience benefited Desiree Scott and Sophie Schmidt. The same can be said for Lauren Sesselmann who probably never would have been pushed as hard to make it back for the World Cup without her 2013 season in Kansas City. Diana Matheson’s World Cup contributions were negligible but she too became a better player for her two seasons in Washington. What about someone like Allysha Chapman who has only played two matches in the league? Excluding injured players Chapman likely stood to benefit from live action more than any other Canadian, but her inclusion may be a hint that John Herdman still seed some upside to having his players on NWSL rosters.

The Canadian arrangement appears to be a perfect fit for both sides. NWSL benefits by having high-level players at no salary cost to the clubs and the next generation of Canadian players gets a chance to be in a competitive league environment all summer.

A further issue is residency camps. They were born out of necessity and gradually let go in most cases in favor of traditional league setups which continue to expand around the globe. A recent decision by Brazil to conduct a year-and-a-half residency was lauded by soccer insiders as a step toward full support for the women’s side. But the end game ought to be national team programs that actually begin in the youth levels and create players capable of honing skills around the world to bring back with them.

Having national federations pay for players was always a unique idea and never intended to be the forever solution. The results have been, at best mixed, but surely no superlatives are being hurled at either Canada or Mexico based on the NWSL’s effect on their World Cup performances. And my vote goes for Canada to stay, and Mexico to regroup.

Reign are back: The Reign appear to have shaken off the early-season rust and are back to playing similar to last year. They still do miss their dueling flank threats Nahomi Kawasumi and Megan Rapinoe. Kawasumi won’t be back—at least this season—but Rapinoe has a week left in her World Cup. And how about this for Hope Solo’s deputy Haley Kopmeyer – she has started 10 matches over the last two seasons. Her record is 7-0-3 and only once in those 10 starts has she conceded more than one goal.

Rock bottom for Sky Blue?: Last year Sky Blue got two weeks off following a 5-0 drubbing from FC Kansas City and came back a new team. This season they got three weeks off on the heels of an eight-match unbeaten run and came back looking lost. The Red Stars beat them 3-0 at Yurcak Field on Sunday on three goals that left everything to be desired from a defensive perspective. Australians
Caitlin Foord and Samantha Kerr are expected to join the team in Portland this week and Thorns midfielder McCall Zerboni will miss the upcoming home and home through suspension, time is running out quickly on last place Sky Blue.

Dunn/Ohai: Crystal Dunn and Kealia Ohai showed on Saturday why they were the top two players picked in the 2014 draft. Dunn scored the goal on a beautiful individual effort and Ohai was far and away the best attacking presence for the Dash. Both only stand to get better once their more accomplished teammates return from the World Cup. And the former North Carolina teammates could very well find themselves teammates again down the road for the United States.

As of Tuesday morning the Washington Spirit had yet to confirm an attendance figure. The other home teams this week were the Reign (3,331 – season high), Breakers (2011), and Sky Blue (1,274).

-The Breakers announced earlier Tuesday that they were bringing back Kyah Simon.

-The NWSL Disciplinary Committee tacked an extra game on to McCall Zerboni’s red card suspension for stepping on Shea Groom. She was sent off leading to a one-game ban and the committee made it two. The beneficiaries are Sky Blue who play the Thorns twice in eight days beginning Friday night.

-The Thorns signed Clare Polkinghorne. She did not play in the World Cup due to an injury but will add veteran presence in back for the Thorns.

-It puts me in the minority, but I still would have been fine with no additional suspension for McCall Zerboni.

Germany 2, United States 0: Germany wins the midfield and finally breaks down the U.S. defense for a pair.

Japan 2, England 1, aet: The English will further bolster their best World Cup performance yet but it will fall just short.