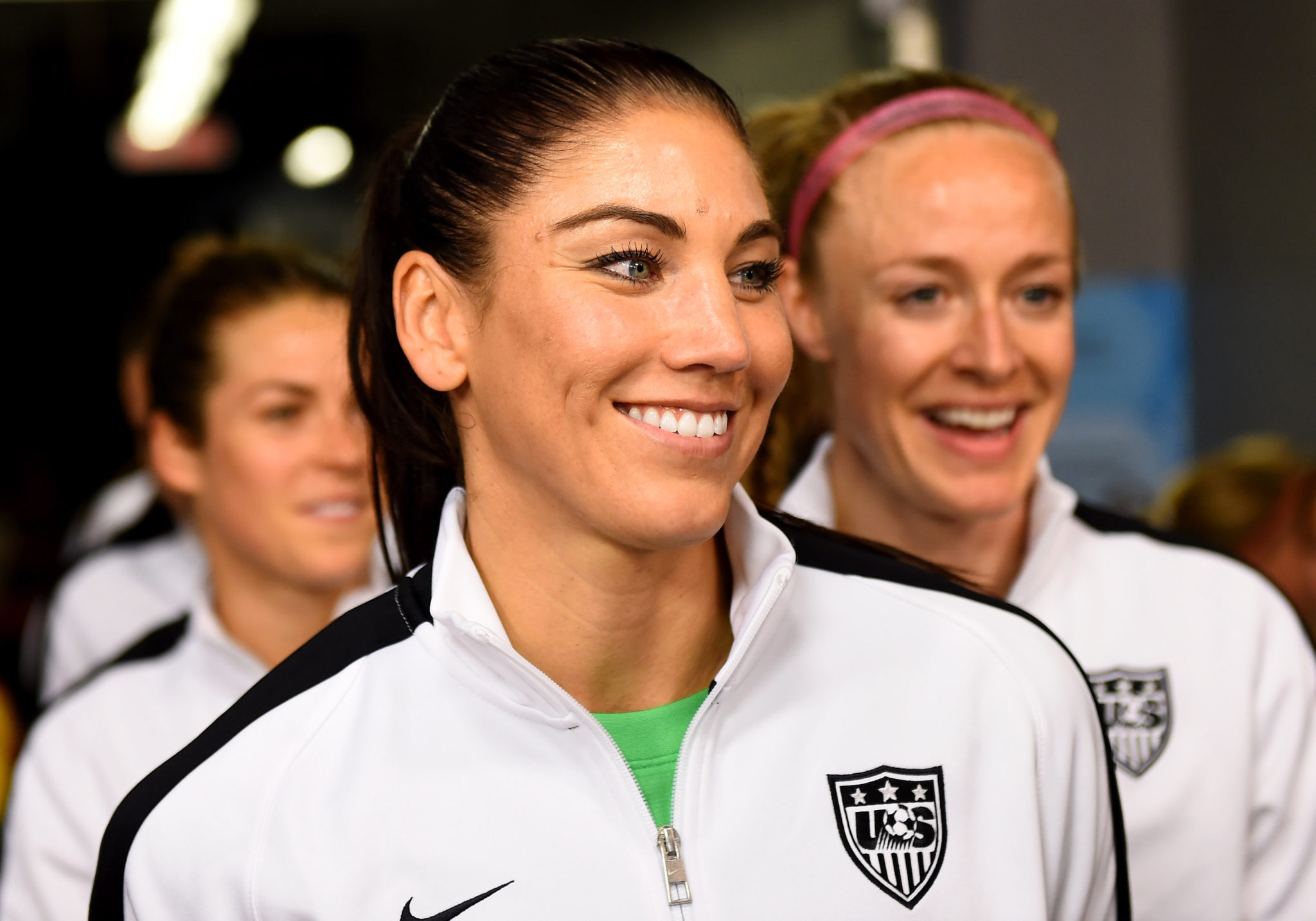 “(Germany goalkeeper) Nadine Angerer is very focused on the games, not much of a party-goer like I hear Hope is,” Neid told reporters on June 7. “I have players who are extravagant, intelligent and do have a life outside of soccer. I don’t know what the case is for Hope Solo.”

Translations always need to be taken with a grain of salt, especially in a press conference setting, but the remarks are ironically relevant three weeks later.

Solo and Angerer are considered the two best goalkeepers in the world. On Tuesday night, Germany and the United States – the two top-ranked teams in the world – meet in the Women’s World Cup semifinals. Both goalkeepers are likely to be called upon to execute the type-of game-changing saves that they are known to make. But only one will board a plane to Vancouver for Sunday’s World Cup final, with the other joining her teammates on the disappointing flight to the isolated Edmonton, Alberta, for the third-place game.

Solo and her U.S. back-four enter the match in the best defensive form in the tournament, having not conceded a goal in 423 consecutive minutes. But it’s been a quiet World Cup for Solo, literally and figuratively. She hasn’t been called into action much since the first 30 minutes of the opening match against Australia; Colombia and China took 84 minutes and 80 minutes, respectively, to even put a shot on goal that she had to save. And Solo hasn’t spoken to reporters since briefly after that Australia game on June 8, a day after new reports regarding her June 2014 arrest surfaced.

Tuesday figures to be much different – on the field, at least.

Solo won’t go through this game without being tested, no matter how impermeable the U.S. defense may seem. Germany leads all teams at the World Cup with 20 goals scored and 134 shots. Germany’s Celia Sasic leads the tournament with six goals and teammate Anja Mittag is tied for second with five goals.

And while all of those numbers are skewed by Germany’s paltry group opponents (Sasic and Mittag BOTH had hat tricks in a 10-0 win over Ivory Coast), the threat is real. Germany may have the best front six in the world, even without 2014 FIFA World Player of the Year Nadine Kessler, who missed the World Cup with a knee injury.

So Solo will be called upon. U.S. coach Jill Ellis recently described Solo as having “laser focus” over the past few months since returning from suspension. Solo was banned from the team for 30 days in late January after her husband, former NFL tight end Jerramy Stevens, was pulled over under the suspicion of driving under the influence while operating a U.S. Soccer team vehicle. Solo was in the passenger’s seat and acted “belligerent,” according to the police report. The incident occurred one week after Solo’s domestic-violence abuse charges were dismissed (prosecutors are in the process of filing an appeal). 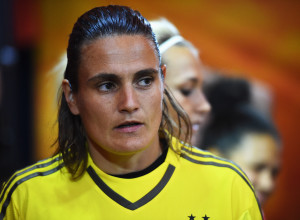 How active Angerer is on Tuesday night will be indicative of how productive a to-date tame United States attack will be. Seven goals on 70 shots across five matches has been underwhelming from a U.S. attack that got a whole lot of attention coming into this tournament.

U.S. forward Alex Morgan has one of those goals and plays with Angerer – who she calls “a gamer” – on Portland Thorns FC. (Angerer notably called Morgan “fragile” last year during the offseason, but all seems to have been smoothed over since.)

Angerer, the 2013 FIFA Women’s World Player of the Year, didn’t have much to say about Solo when asked on Monday.

“We are very different,” she said. “She is a very, very good goalkeeper. I am not interested in what she is doing privately. I focus on my game and she lives her own life.”

Morgan describes Angerer as “a gamer” while noting that Solo is among the best, if not the best goalkeeper in the world. Angerer and Morgan both spoke about how they would sometimes have a shooting competition after Thorns practice and pretend it was the 90th minute of a World Cup final.

“That was always funny,” Angerer said. “But now it is the World Cup semifinal and it´s getting serious.”