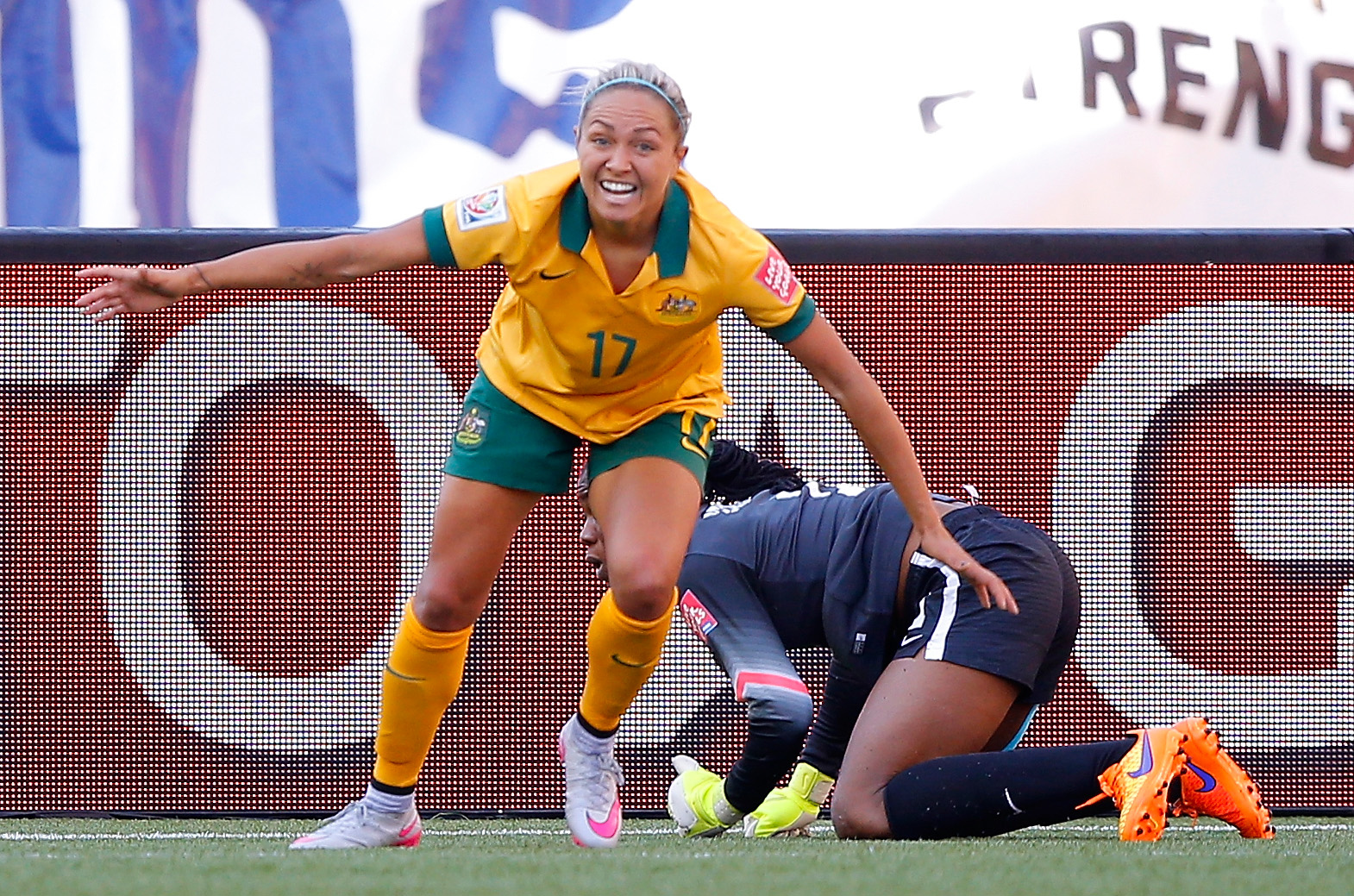 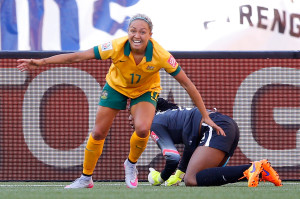 The Breakers brought back a familiar face on Tuesday signing Australian forward Kyah Simon who played for the team in 2012 and 2013. The 24-year old Simon will rejoin the club following a smashing performance at the World Cup in which she scored three times.

“I am delighted to bring Kyah back to Boston,” general manager Lee Billard said. “She had a fantastic stint with us in 2012 and 2013 and if not for her injury she would have continued as a Breaker.”

Simon tore her ACL during a friendly against the United States in October 2013. She had been a force scoring a dozen goals for the Breakers when they finished top in WPSL Elite in 2012 and stayed with the team through the transition to NWSL. Simon appeared in 17 matches in 2013 scoring three goals and adding three assists. Because of the ACL injury she did not rejoin the club in 2014.

At the World Cup, Simon scored both goals in Australia’s decisive, 2-0 win over Nigeria. She later added the late winner in a 1-0 victory over Brazil that was the program’s first-ever win in a knockout match. Australia were knocked out of the World Cup by Japan, 1-0 on Saturday.