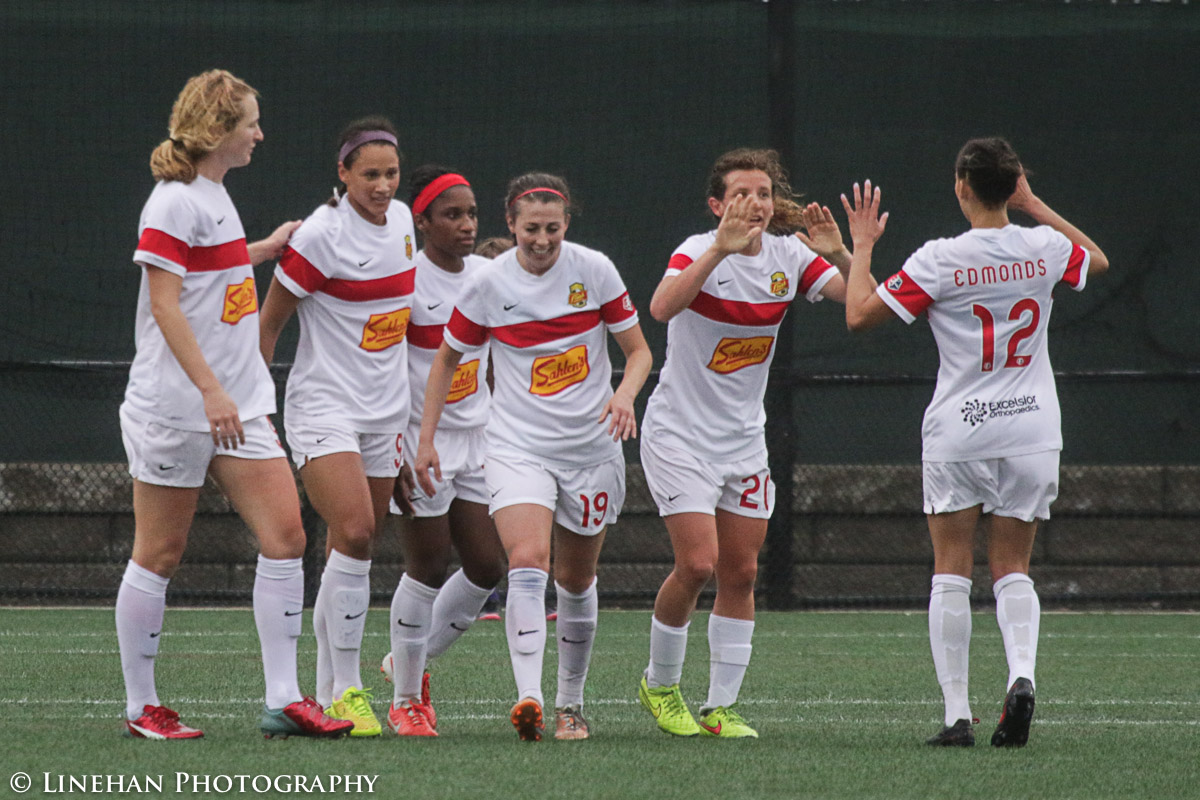 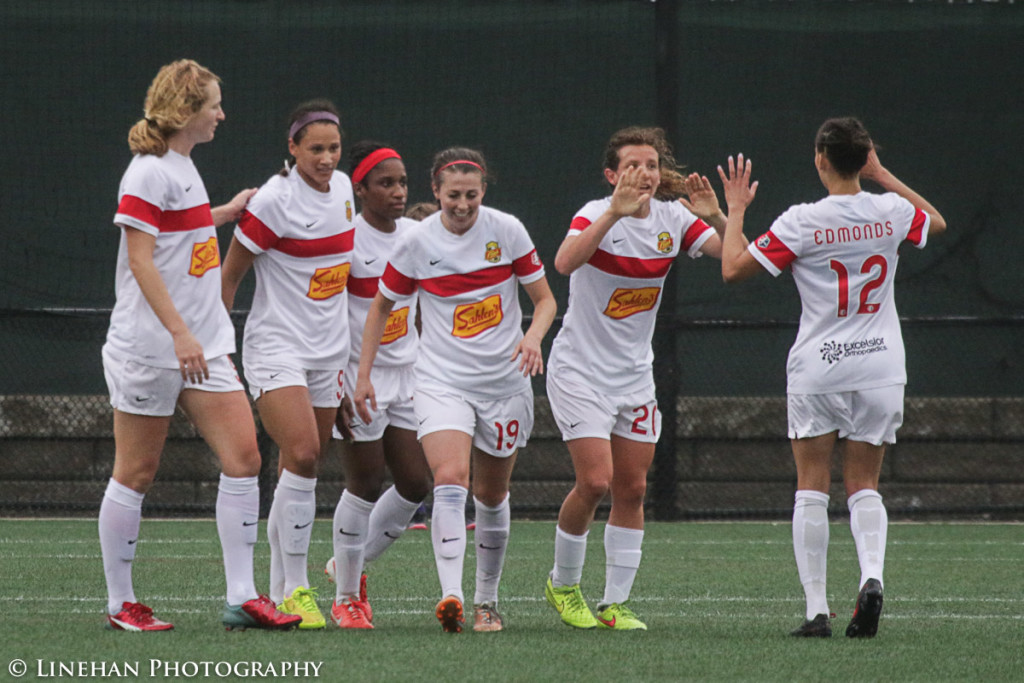 The Western New York Flash continued to get strong contributions from their class in a 2-0 victory in Boston that marked the young club’s first away win of the season. Lynn Williams and Elizabeth Eddy scored first-half goals to pace the Flash who hopped into 5th place ahead of the Breakers.

The Flash went ahead on 19 minutes after a loose ball in the center of the park came to Jasmyne Spencer who found Jamia Fields streaking down the right side. Fields played what appeared to be a harmless ball towards Breakers’ keeper Jami Kranich but Kranich spilled it and Williams followed up the play to give herself an easy tap-in.

Unfortunately for Fields she was out of the game three minutes later with what looked to be an issue near her abdominal area. She was replaced by Eddy. In the 42nd minute Eddy was on the board.

The Flash took a midfield throw in and played it back to keeper Chantel Jones to reset to troops. Jones’s long ball bounced near midfield and the Flash retrieved it. Williams picked it up and spotted Eddy making a run to the center of the box and hit her in stride. Eddy took a touch around Kranich, bodied off Julie King, and knocked it in from close range.

The Flash (4-4-1, 13 pts) are back at .500 but have yet to be north of that mark in 2015. They trail he Dash for fourth place on the head-to-head tiebreaker but do have a match in hand on the Dash. They’ll erase that Friday night when they host the Reign. The Breakers (3-5-2, 11 pts) are now sixth after losing their second straight at Soldiers Field and next host FC Kansas City on July 9.