O’Hara, high pressure pay off for US vs. China 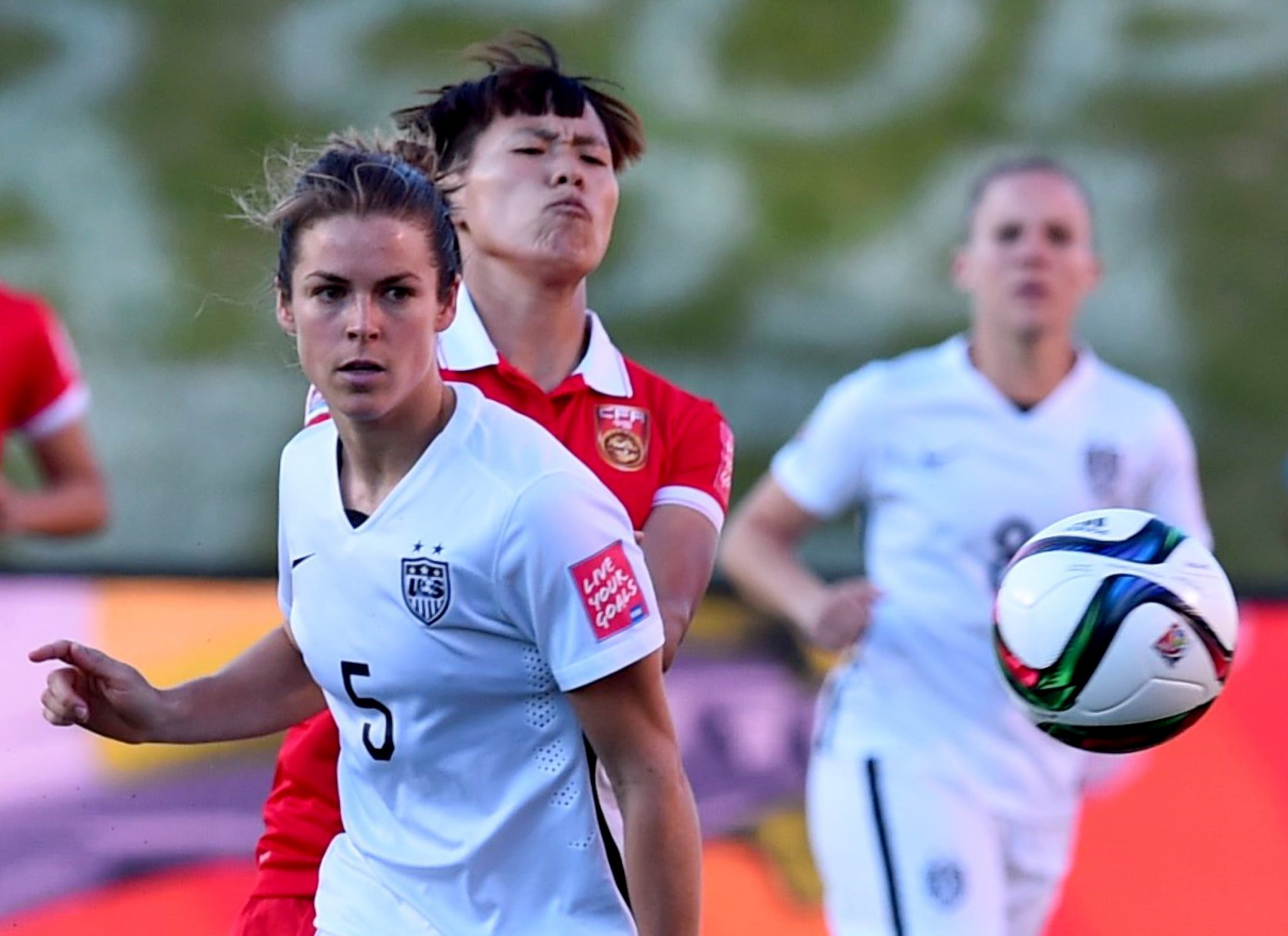 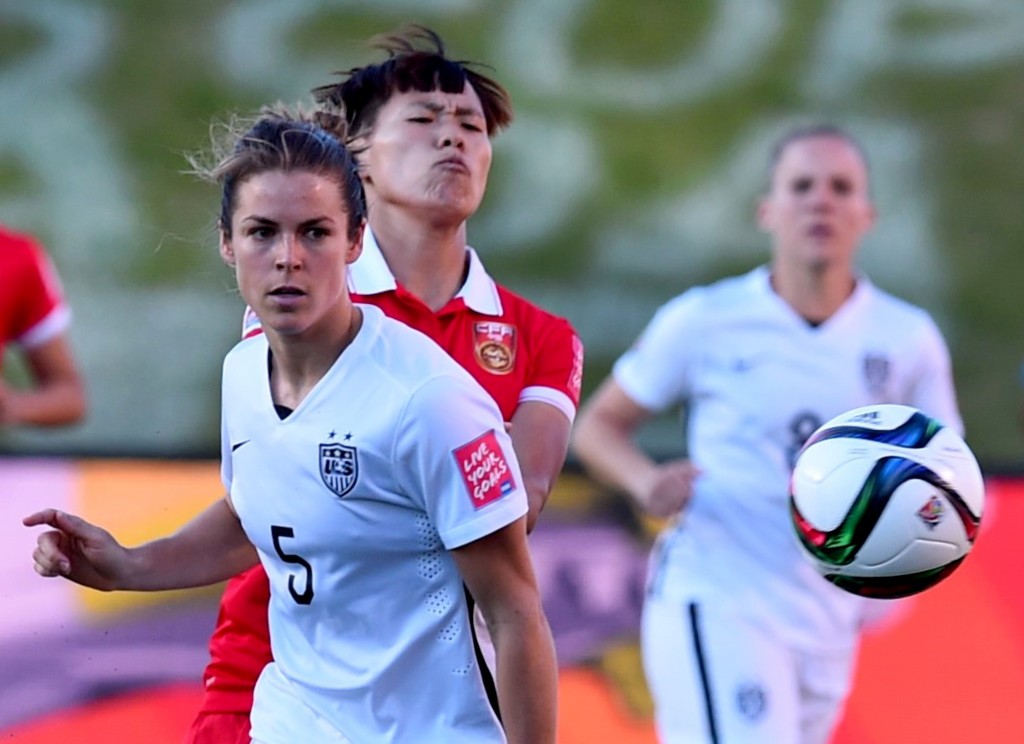 OTTAWA, Ontario – The United States is through to the semifinals of the Women’s World Cup for the seventh time in seven editions of the tournament after defeating China, 1-0 on Friday at Lansdowne Stadium.

Carli Lloyd scored the game’s lone goal in the 51st minute in the first truly convincing performance from the U.S. at this World Cup.

Here are three things we learned:

High-pressure worked – and so did Ellis’ choice to start Kelley O’Hara: Knowing China would sit in and be defensively compact and organized, the United States was always going to have to take the initiative in this match. It may have been an ugly road getting to the quarterfinals, but Friday was finally a performance from the U.S. that displayed the confidence of a team that actually believes it can beat anyone.

The Americans pressed out China’s typically concrete back-four and created opportunities aplenty (finishing those remains both imperative and elusive). Within about 60 seconds, the U.S. was in 1-v-1 against China goalkeeper Wang Fei. Initiative was there from the start, which has been rare for this team all year as its gotten off to slow starts in matches both at and before the World Cup.

“The history of this team, we want to make other teams nervous, and not vice versa,” Lloyd said after the match.

Kelley O’Hara was the catalyst of that electric energy the U.S. brought, a breath of fresh air to a team that was looking for a kick-start. She brought flair and hustle to the field in her first World Cup start, leaving the field after 61 minutes with the battle scar of a bloody, black and blue nose with cotton balls stuffed in her nostrils (she doesn’t think her nose is broken, but hadn’t yet gotten it checked before speaking to reporters).

After the match, Ellis lauded O’Hara’s for both her performance on the night and for the work she put in all month.

“Kelley has been phenomenal in practice and I felt that her energy and her willingness to take on [players] and her engine was something that we needed out there,” U.S. coach Jill Ellis said.

O’Hara’s play was particularly impressive given that she not only hasn’t been playing – she hardly ever plays in that wide midfield position. She was named college soccer’s best player in 2009 while playing forward for Stanford, tallying 26 goals and 13 assists that senior season for one of the best scoring seasons in NCAA history.

But she was asked to play fullback for the United States and played every minute in that position at the 2012 Olympics, where the U.S. won a third-straight gold medal. So with Megan Rapinoe suspended for Friday’s quarterfinal, O’Hara got the nod to start – but as a wide midfielder.

Ellis met with O’Hara on Thursday night, when the 26-year-old O’Hara got word that she would start in a slightly unexpected position. O’Hara’s response? “I was like, sweet, let’s do it.”

O’Hara did acknowledge postgame that the wait for playing time isn’t easy, but she’s remained patient.

“You just have to show up for practice, be professional, work your ass off – sorry, butt – and be ready,” O’Hara said postgame. “Be the best teammate you can be, be the best player you can be and just be as supportive and encouraging for the people who are playing.”

On Friday, it was her teammates encouraging her as she executed everything from nutmegs to diving headers.

Defense still can’t be beaten: The United States’ shutout streak is now at a staggering 423 minutes. The only goal the Americans have given up this tournament came in the 27th minute of the opening game against Australia. The back line is quick to point out that team defending is the key, but those four defenders and goalkeeper Hope Solo have been the reason the U.S. is where it is today.

There was, however, a new addition to that defensive prowess on Friday: 22-year-old Morgan Brian. Filling in for suspended Lauren Holiday, Brian was asked to play a more defensive role to let Lloyd roam higher up the field. Quietly, Brian was superb in clamping down any fleeting attempt China made to come through the middle of the park.

“I thought Morgan was fantastic tonight,” Ellis said. “I thought her touches were good, her rhythm was good, her choices on the ball, her decisions were all very, very good.

“For such a big game and a young player, I thought she did a great job,” Ellis added.

Ellis now has a good problem to figure out: What do you do now that Brian and Lloyd played so well together? First off, Germany is not China. Ellis speaks often of executing a gameplan that is tailored to a given opponent – as every coach should – and that will be true come Tuesday in the semifinals. China sat in and absorbed pressure; Germany won’t do that at all – although the French showed for at least 45 minutes that the Germans are vulnerable. Holiday and Rapinoe are realistically likely to slide right back into the lineup, but there are now options.

Let Lloyd be free: Carli Lloyd got her freedom.

And then she got her goal.

Lloyd struggled all tournament alongside Holiday as the two were asked to play deeper than either of them are ideally comfortable playing. But on Friday, Lloyd had the freedom to get forward that she so desperately desired, and she delivered at a big moment, just as she so consistently does.

The execution was picture-perfect. Lloyd had this to say earlier in the week: “For me, I love to attack. I had a decent shot last game. I need more of that. I need to get the ball and I need to run at players, I need to create stuff. I need to find a way to impact the game, no matter how it’s going.”

After Friday’s victory and her goal, Lloyd was asked what the difference was this time out compared to previous four, more disjointed performances.

“Freedom,” Lloyd said.” Freedom to play. Do what I do best, go at players. As a team we wanted to come out fast and put them under pressure.”

It’s a freedom the U.S. needs to give Lloyd again on Tuesday against Germany, and one that really should never be taken away.