Lloyd lifts US past China, into WWC semifinals 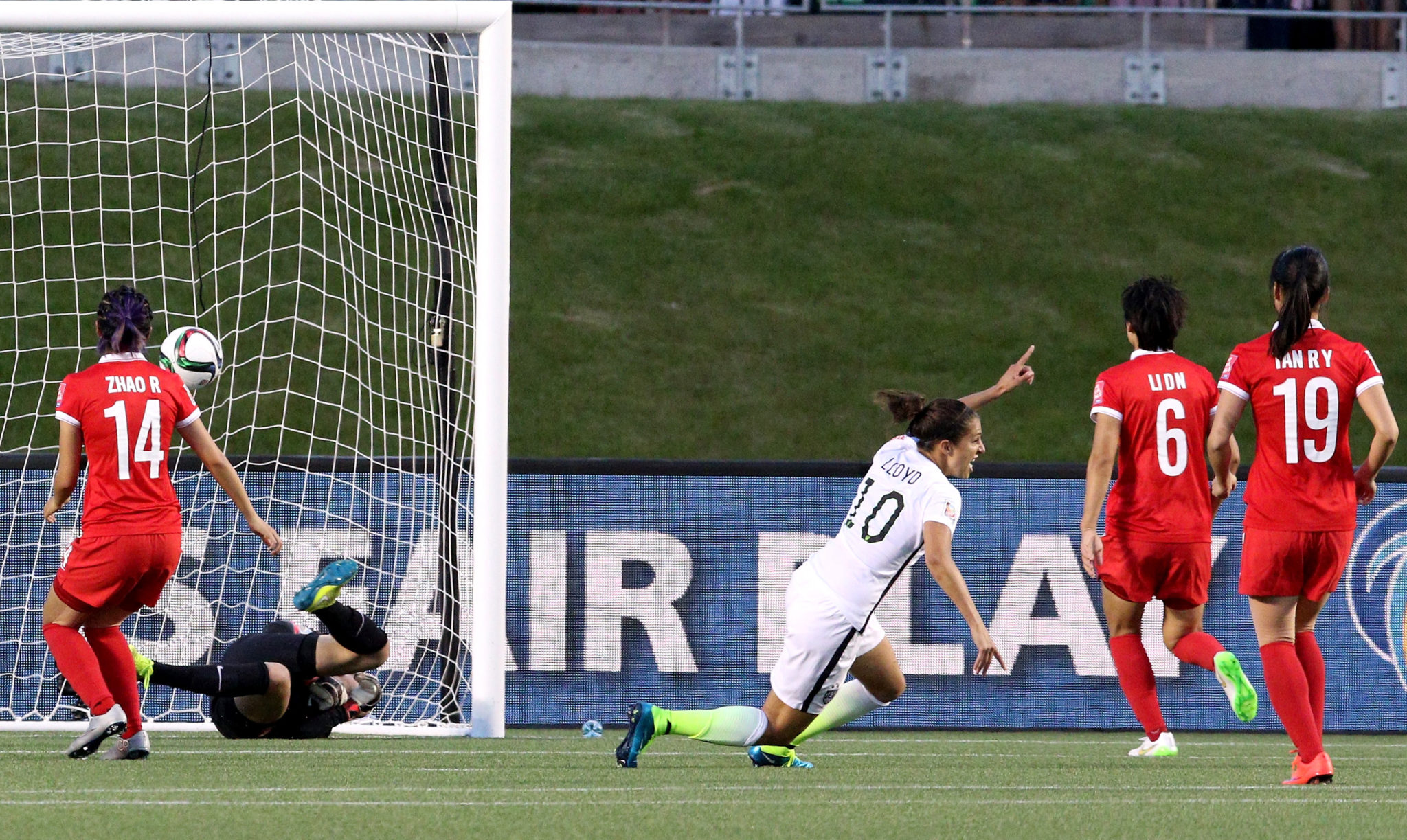 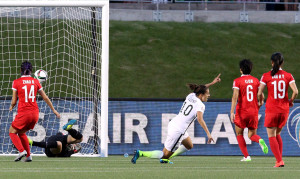 OTTAWA, Ontario – “First ten minutes and we get a [expletive] goal!” Abby Wambach screamed just before the start of the second half, caught candidly by FIFA’s world-feed camera.

“I think tonight I had the freedom to go,” Lloyd said. “[Morgan Brian] sat a little bit and that’s my game. I want to link up with the forwards.”

[KASSOUF: O’Hara, high pressure pay off big for US against China]

The United States advances to play in Tuesday’s semifinal against Germany, a matchup of the No. 1 and No. 2 teams, respectively, in FIFA’s world rankings.

Amy Rodriguez nearly put the United States ahead in the opening seconds of the match, but made a mess of Lloyd’s through ball. Rodriguez’s outside-of-the-foot shot went well wide of goal. Despite failing to convert the opportunity, the United States issued its warning sign of what was to come in the match.

After a week of criticism from outsiders and internal admission that they weren’t playing up to their standards, the Americans finally looked on Friday like a team capable of playing to the their potential and dominating a less talented opponent.

“I thought our pressing triggers were very good tonight and that’s what we intended to do,” U.S. coach Jill Ellis said.

Kelley O’Hara – starting at the World Cup for the first time – sent a right-footed shot just over the crossbar in the 8th minute and just missed on a diving header at the back post near the half-hour mark. Defender Julie Johnston also had her shot cleared off the line in the 31st minute as the United States bombarded China’s defense in the opening 45 minutes.

“We knew going into this that it was going to take all 23 players,” Lloyd said. “The players that stepped out today….magnificent.

“I think that the mentality of this team is to go at players, to put them on their back heel and we did that tonight,” she added.

U.S. goalkeeper Hope Solo earned a fourth straight shutout; the Americans have not conceded a goal in 423 minutes. The victory is Solo’s 134th, a United States record.

Lloyd wore the captain’s armband and earned her 200th cap, the 10th United States player to do so.

Germany defeated France in penalty kicks earlier in the day in Montreal to advance to the semifinal on one side of the bracket. That semifinal match will also be played in Montreal.