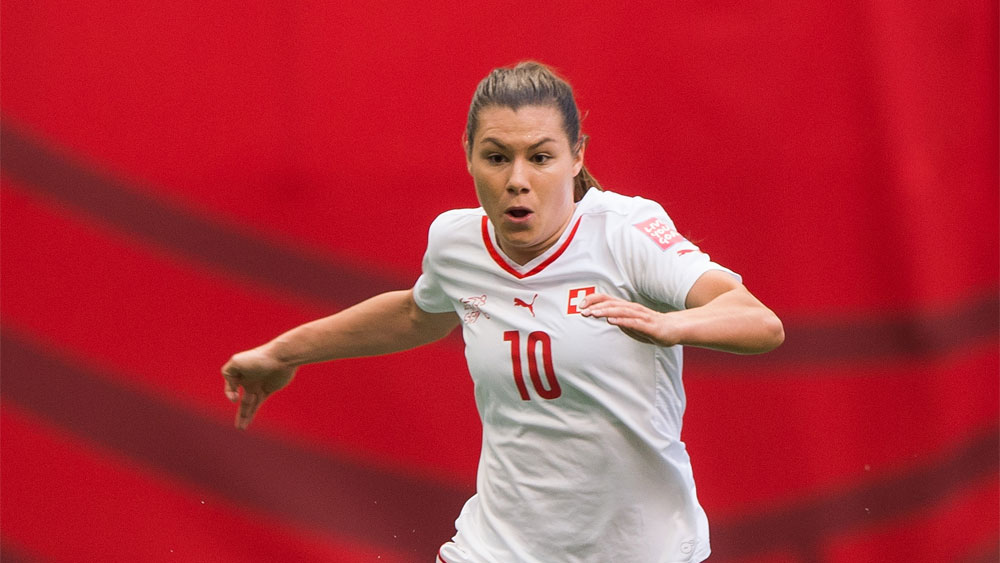 VANCOUVER, British Columbia — Switzerland was one of eight debutantes in this summer’s 24-team field at the Women’s World Cup in Canada.

Along with Spain and the Netherlands, the Swiss were among three much-anticipated first-time performers from Europe on the greatest of world stages. Spain came undone and went home early with two points, while the Dutch finished as runners-up in Group A to host Canada, but lost to Japan on Tuesday in their round-of-16 match.

Switzerland has exceptional individual talent, led by three players, two of whom had experience in American soccer at the collegiate or professional levels: forwards Ramona Bachmann and Lara Dickenmann. Defender Noelle Maritz was born in Southern California and played youth soccer there but moved to Switzerland when she was 10 years old; she now plays at Wolfsburg in Germany.

[KASSOUF: US looks to stay focused amid criticism  |  China ready for upset]

Dickenmann played at Ohio State and in the USL W-League with the New Jersey Wildcats and Jersey Sky Blue, where she was a league player of the year. Bachmann, who plays for FC Rosengard in Sweden with Brazilian superstar Marta, was the key import for the expansion Atlanta Beat in WPS in 2010 but had a disappointing campaign with an overmatched side. The coaching staff placed too much of a load on Bachmann, a player still in her teens, to carry the team to the playoffs.

She returned to Sweden and has performed well with European power Rosengard (formerly Malmo). Jonas Eidevall, her coach at FC Rosengard, has said that she is the “the best female player in the world today.” This World Cup has been her introduction to a worldwide audience and a hat trick vs. Ecuador in their second group game was a statement for Bachmann.

Despite linking well together up top, Bachmann and Dickenmann were unable to power the Swiss past Canada in their round-of-16 match in Vancouver on June 21, losing 1-0 to Josee Belanger’s strike midway through the second half.

After the game, head coach and former German international Martina Voss-Tecklenburg remained optimistic on the outlook of the Swiss program.

“We’re on a curve of development in the last 2-3 years and have made steps in the right direction,” she said.

[MORE: Moscato says she was misrepresented by Latham]

These steps have focused on young players, providing better skills and education to “ultimately bring them to international level.” She also felt that their experience during the European qualifiers and in preparation for the World Cup provided opportunities to play top teams which, “will help Switzerland become a top team.” She concluded by saying that “We are on the right course [for the next 5-10 years].”

“We played a good tournament and the Canada game was 50/50,” Rinast said.

“More girls will play soccer and that people think better about women’s soccer than now,” she added. “This tournament will change thoughts, because no one at home thought we would come this far to the last 16.”

Bachmann felt her team should have created more goal chances against Canada but overall felt that her time in Canada “was incredible and their first time [at the WWC], a special feeling,” but she was naturally disappointed to see it finish. Bachmann did feel that their tournament run, despite only winning once in four matches, raised the visibility of the game at home.

“It did a lot; I got so many reactions from Switzerland that people liked how we played and supported us,” Bachmann said. She will be with Rosengrad through December and start thinking about where she would play next. She wouldn’t comment either way about coming to North America again to play at the club level.

Switzerland should be well placed to continue to build off of this appearance in Canada.The Swiss are still alive for a berth at the 2016 Olympics. They will play in a mini-tournament early next year with Sweden, Norway and the Netherlands to determine which team will join France and Germany in Rio.

Fifteen of Switzerland’s 23 players are contracted to clubs outside the country, including Germany, Norway, Sweden and France. Along with youth development—plus the fact that Bachmann is only 24—prioritizing the development of the Swiss league is an important long-term goal, as most of the home-based players in the 8 team league came from FC Zurich Frauen, including midfielder Fabienne Humm who also scored a hat trick against Ecuador.

Voss-Tecklenburg is a savvy coach and won a UEFA Champions League title with Duisburg in 2009. If she stays on, it will help with continuity and provide her guidance on further improvement on the pitch and off it. Expect Switzerland to continue to plot a path of future success with a small but talented player pool.