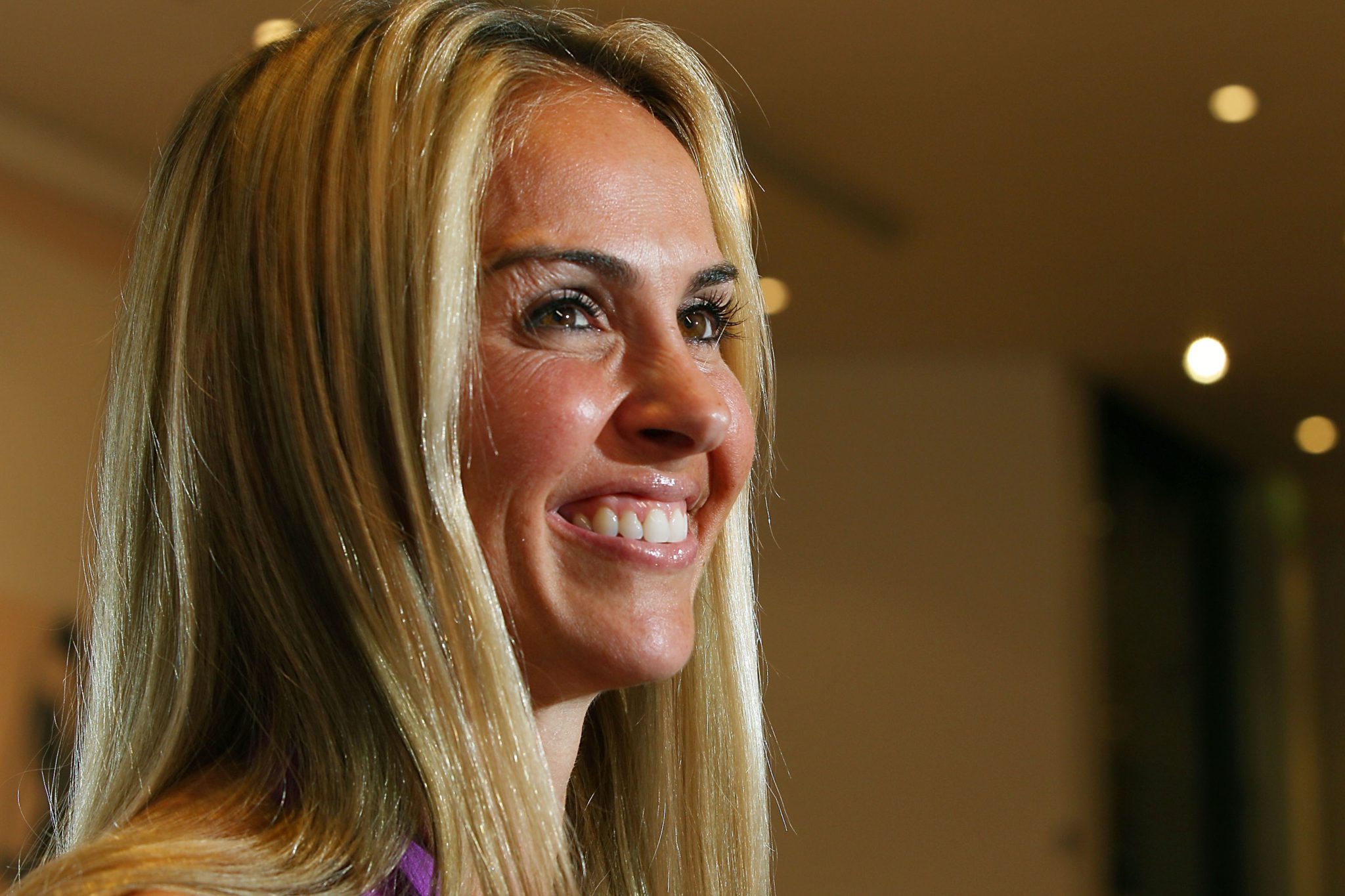 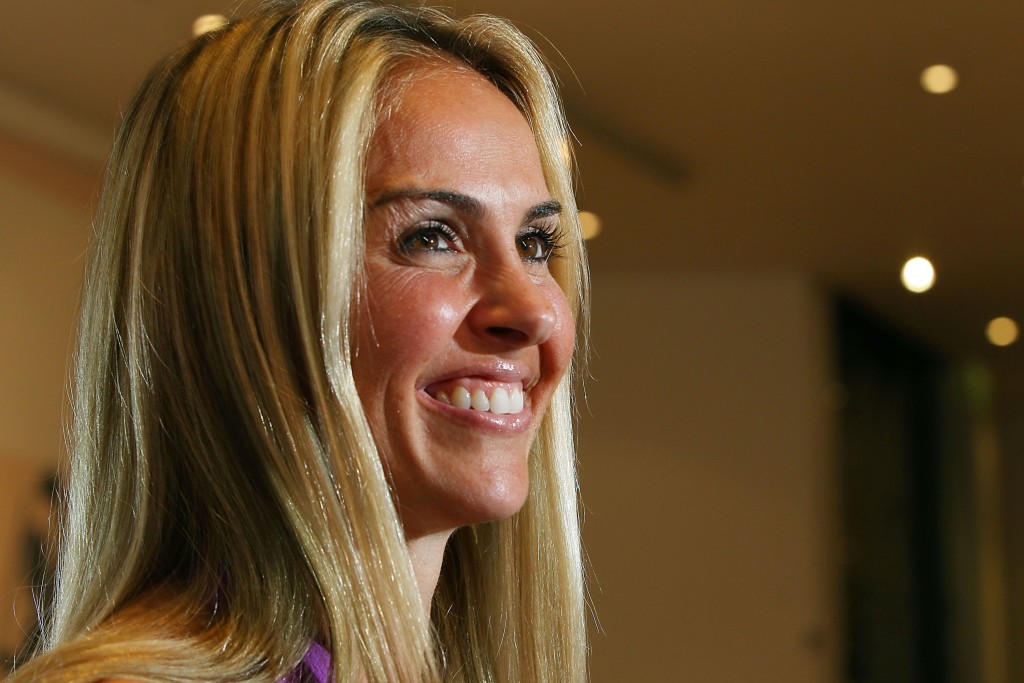 VANCOUVER, British Columbia — Heather Mitts is enjoying the World Cup as an analyst. Her years of experience playing for the U.S. national team have given her great knowledge of what a team faces in a major tournament. The three-time Olympic gold medalist has been in Vancouver for the duration of the World Cup working for Fox Sports.

How would you assess the U.S. women’s national team’s performance thus far in the World Cup?

They’re winning, they’re on to the quarterfinals so they’re doing what needs to be done in order to advance and that’s the most important part.

We’re seeing a lot of close matches. Do you think other teams have caught up because the competition is getting a lot closer?

Yes, absolutely. I think the playing field is definitely becoming tighter and tighter. You’re not seeing as many upsets as you use to and I think between the funding that’s being provided by all the different countries and also the scouting, and just the fact that the players are becoming more talented. We’re seeing tighter and tighter competition and it’s great to see.

China plays a really strong defensive block and they like to sit back. How can the U.S. break that down?

Patience is the key, especially when you have that many numbers behind the ball. It’s also considered a bunker, but I think China, they do a really nice job of getting all their numbers behind the ball and then they look for the quick counter. I am not really concerned about China, because I think the U.S. is a better team. It’s about the U.S. continuing to improve every single game and play the brand of soccer they want to play. It hasn’t been the prettiest at times, but I think as long as they continue to improve and they’re winning, then that’s ultimately what matters.

Do you see the U.S. team making the World Cup final?

I definitely feel very strongly about their next game, that they can get out of that. I’m concerned that if they were to meet either France or Germany, I think the way both of those teams are playing right now it’s going to be really tough to beat them. On any given day, you just never know which team’s going to show up for the U.S. or Germany or France. I think it’s going to be a great game, but I don’t want to look too far past that game.

Have you ever seen Abby miss a penalty kick like she did against Colombia?

I have actually, it’s not the first time. Abby, She’s taken so many of them, but I don’t think her percentage is absolutely perfect so it’s bound to happen. We just hope that it won’t happen again, moving forward.

Maybe chalk it down to a one-off?

Yeah, unfortunately I had a bad feeling when she stepped up. I just kind of didn’t feel like she was going to make it.

Because she used her left foot?

She uses both her right and her left. There’s nothing new when it comes down to how she takes her PKs. I know she does practice them. I guarantee nine times out of 10 she makes it, but for some odd reason she just didn’t make it that game. Luckily we had another opportunity for Carli Lloyd who could step up and take care of it.

Megan Rapinoe and Lauren Holiday will sit out the next match on accumulation. Could this be a chance for maybe Kelley O’Hara or Heather O’Reilly to step in?

Yeah, absolutely. This is where the U.S. depth really plays a part and I don’t know if those two players would have had an opportunity otherwise. I’m happy to actually see them on the pitch, because I feel that no matter who the U.S. puts out there, who there 11 players are. They’re still going to beat China. It gives an opportunity for Megan Rapinoe and Lauren Holiday, who have played a lot of minutes, to now get a rest. It’s an opportunity for other players — Kelley O’Hara, Morgan Brian, Heather O’Reilly, Christen Press — to step up and really make a difference and make an impact.

Would you have given O’Hara and O’Reilly minutes earlier in the tournament if you were running things?

All the games have been pretty close, so I know that if there would have been more of a cushion we probably would have seen more of those players, but I still felt confident in their ability. I probably would have used different players just to give those that are playing a lot of minutes some rest. They’re still great players. I don’t think the level really drops all that much. That’s what I would have done if I was the coach.

For the U.S. what are expectations. Is it win the final match or bust?

It’s always to win for this team, and it always will be. We set very high expectations for ourselves and we expect to win.

Before the U.S. first match. There was that story from ESPN regarding Hope Solo’s off the field problems. Do you think she should be on the team with what’s happening off the field with her?

I leave all of the decisions that need to be made by the judicial system and by the police. That’s up to them to do their job. I think right now basically, she’s here with the team and the most important part is right now winning the World Cup.

Do you think Jill Ellis is the right manager for the United States?

Right now, yes. She was given the opportunity and the team is winning. As long as they’re getting the job done. Until something else changes — if they don’t win the World Cup, if they don’t do well in the Olympics — then there’s obviously a question for whether or not she should be the coach or not. Right now she’s doing a good job.

How are you enjoying being a broadcast analyst?

It’s great. By the time I was retired I had almost 30 years of playing experience. To actually be here at a World Cup, to still be taking part and still not being too far removed from the team. To know the players, their tendencies, the insight of what goes into winning a World Cup. It’s nice to be able to share my analysis.

How do you find that balance between not giving too much information away? We saw what happened with Christine Latham and Carmelina Moscato.

I know, I’ve been there. I’ve been a player and I know what it’s like when you’re sharing information. I’m friends with a lot of the girls to. Obviously I want to be able to do my job the best, but at the same time I respect what the players share with me.

I love it. It’s absolutely gorgeous. I love the outdoorsy feel that you get. The weather couldn’t be better. There’s so much to do here. It’s just a lovely place to be hosting a World Cup. We’re so delighted that our set is right here on Jack Poole Plaza.

Special thanks to Heather and to Fox Sports.