Moscato says she was misrepresented by Latham 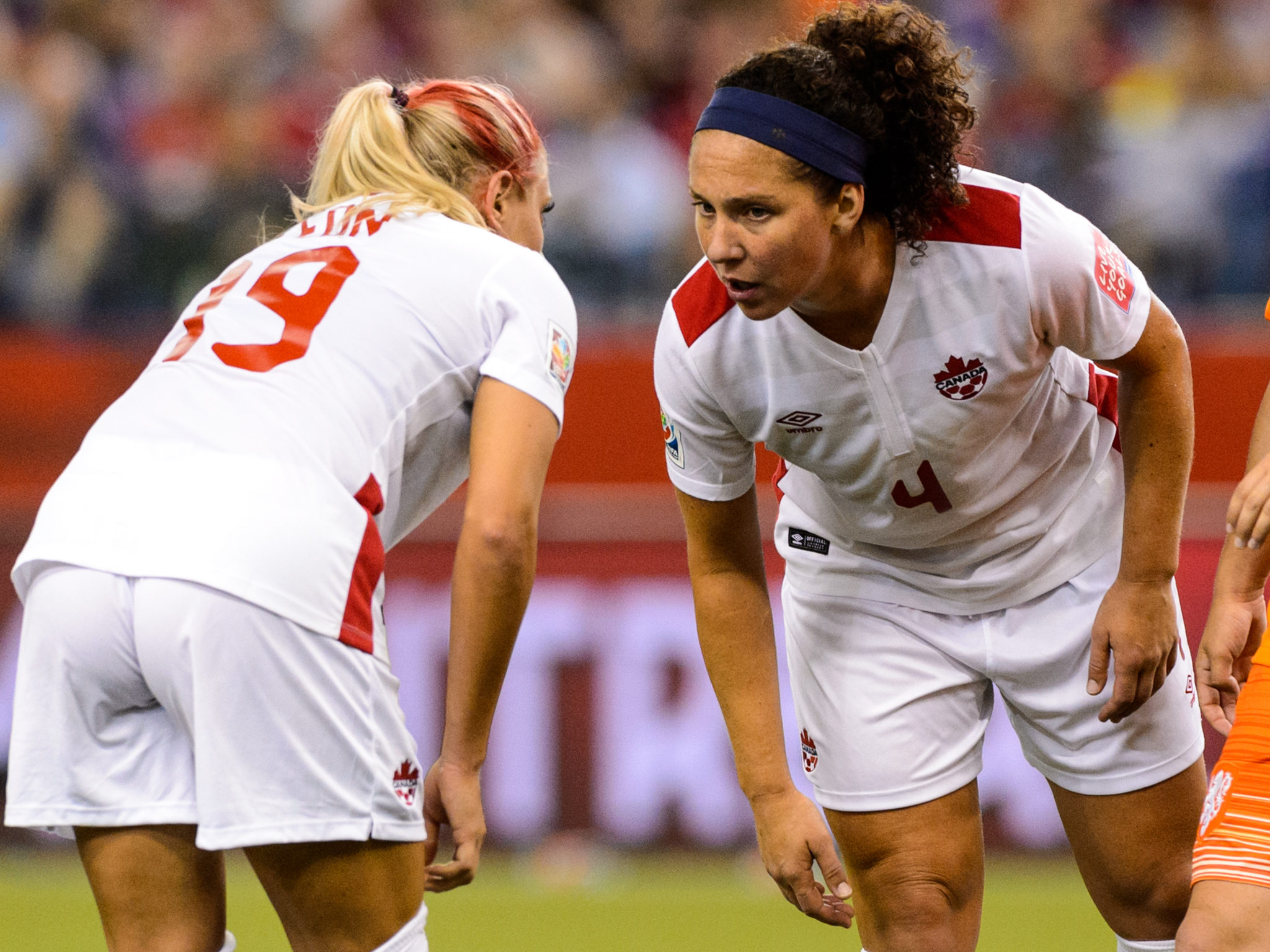 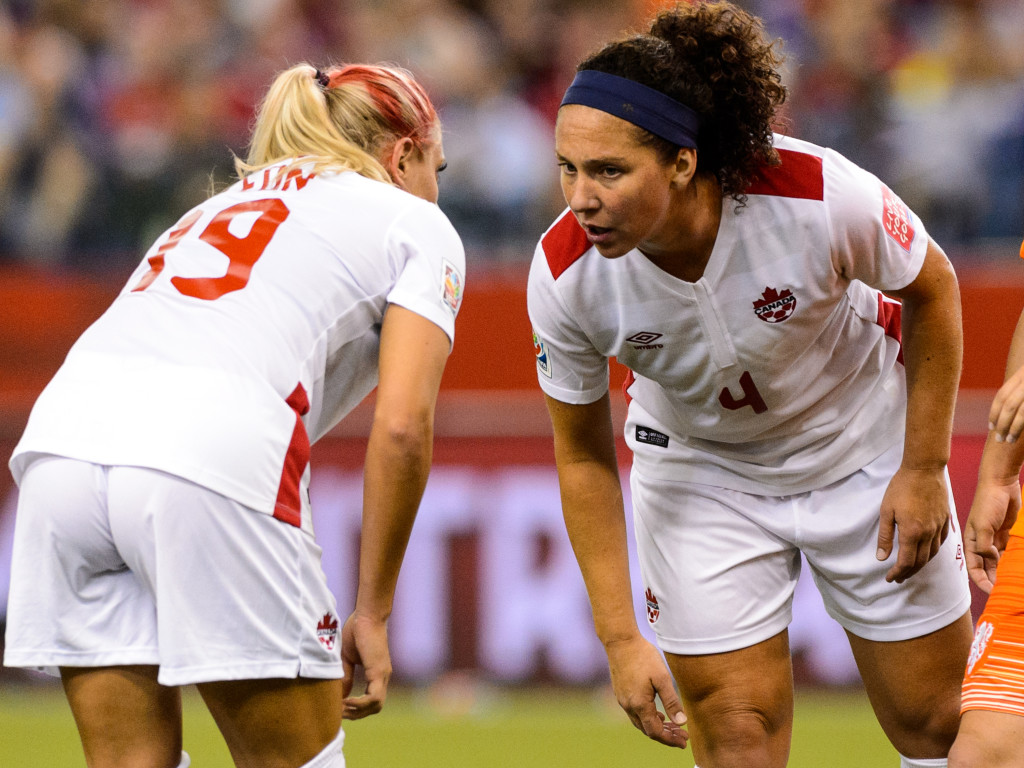 VANCOUVER, British Columbia — As Canada prepares to take on Mark Sampson and England this Saturday afternoon at BC Place at the 2015 Women’s World Cup, a storm cloud has moved in over the team. During a pregame show on Sunday prior to the Canada-Switzerland match, Fox Sports pundit and former Canadian international Christine Latham made interesting comments regarding the morale of the team and its starting lineup.

During the broadcast, Latham said that she had talked to Canada defender Carmelina Moscato, who said that the team’s mood was not positive:

“She also expressed concern about the starting 11 that are on the field, noting that it’s disappointing every day when they’re in practice and these players aren’t performing, because of injury, and they’re starting,” Latham said, paraphrasing her talk with Moscato.

On Wednesday, Moscato was asked this question point-blank. Did you actually talk to Christine? Yes was the answer. You’re saying that you had a conversation, but what came out of it was misrepresented?

The 31-year-old Moscato was swarmed by media during Canada’s availability in Vancouver on Wednesday. Deciding not to shy away and avoid all lingering questions, Moscato stepped up and shared her side of the story and did not actually mention Latham by name.

“It’s unfortunate that happened,” Moscato said. “It’s not an accurate feeling, it’s not an accurate depiction of myself, of this team and in fact the whole purpose of this team’s existence is to be probably the most connected in this tournament. I would say we’re on track and things are going well within the team. Anything she said to do with selections are internally dealt with. Never externally dealt with. We have a lot of respect and pride within the team and it never goes beyond those walls. It’s a very interesting position she took.”

Latham, in a statement issued by Fox late Wednesday to the Canadian Press, stood by her comments. “I’m completely sure that my comments on-air accurately reflected what was conveyed to me. Carmelina is a fantastic defender, and she should be starting.”

It is unknown why Latham used Moscato’s name as a reference. It would have been perfectly reasonable to go with an anonymous source as a reference. By attaching Moscato’s name to her message, Latham threw Canada Soccer, Moscato and her former teammates under the bus. Sure, Moscato maybe should not have trusted Latham,, but they are former teammates. As for why Latham may have spoken too honestly, Moscato briefly touched on it.

“We’re friends from the past,” she said. “Alumni of the program, she is. Obviously, I think she wanted to attach a bit of credibility to her own opinions.”

Moscato is a leader and a veteran player with a lot of respect and support from her teammates. Moscato made her national team debut on April 3, 2002. When she heard what Latham had said, Moscato was more sad and upset because her teammates would have to answer and also deal with the fallout. The Red and White are a very protected and connected bunch, and Moscato never wanted to cause hurt to teammates.

“I felt more protective of the environment,” Moscato said. “I felt more disappointed for the group. Media is media, things will happen, things will be said, nothing’s going to be perfect and you’re not always going to have people on your side. At the end of the day, you don’t want your teammates to hear things like that, ever. It was just hurtful things. We love each other, and we protect each other and I was just sad, almost.”

When quizzed about Canada’s morale, Latham said, “When I talked to Carmelina Moscato, it’s not good.”
Canada coach John Herdman shot back with a sarcastic response when talking to journalists about the Moscato-Latham word jumble. Not wanting to blow this story out of proportion, Herdman took a different approach when discussing the Canada’s morale.

“Yeah it’s terrible, it’s really terrible,” Herdman said sarcastically. “The girls are fighting each other, they hate each other. You see all the black eyes and bloody noses.

“We’re having a great tournament as a group,” he said, growing serious now. “When you say enjoying it, the girls when they get their time together they’re enjoying themselves. You just look at the goal celebration. When that goal went in (in the Round of 16), every player goes to the bench and you look at that passion, the spirit and the connectivness of the players that aren’t playing.”

Players spend so much time together in a bubble. From the residency program in Vancouver, traveling to tournaments in China and Cyprus, their lives are bound together for weeks and months at a time.

“I think in the environment it’s an open forum,” Herdman said. “The frustrations get vented in player coach meetings and we have captains meetings. The player in question, she’s one of our on field leaders. She’s got unbelievable integrity. To be questioning Carm, I’d be amazed if there’s any truth in that. It is what, it is. We’re very comfortable with were the group is and I think you’ll see that passion and energy from everyone at the weekend.”

Moscato and her teammates will have to watch the dust settle as they look to knock off world No. 6 England to earn a spot in the semifinals next week. The tournament hosts take on England on Saturday in Vancouver in the quarterfinals.