Morgan relieved to get back in scoring column 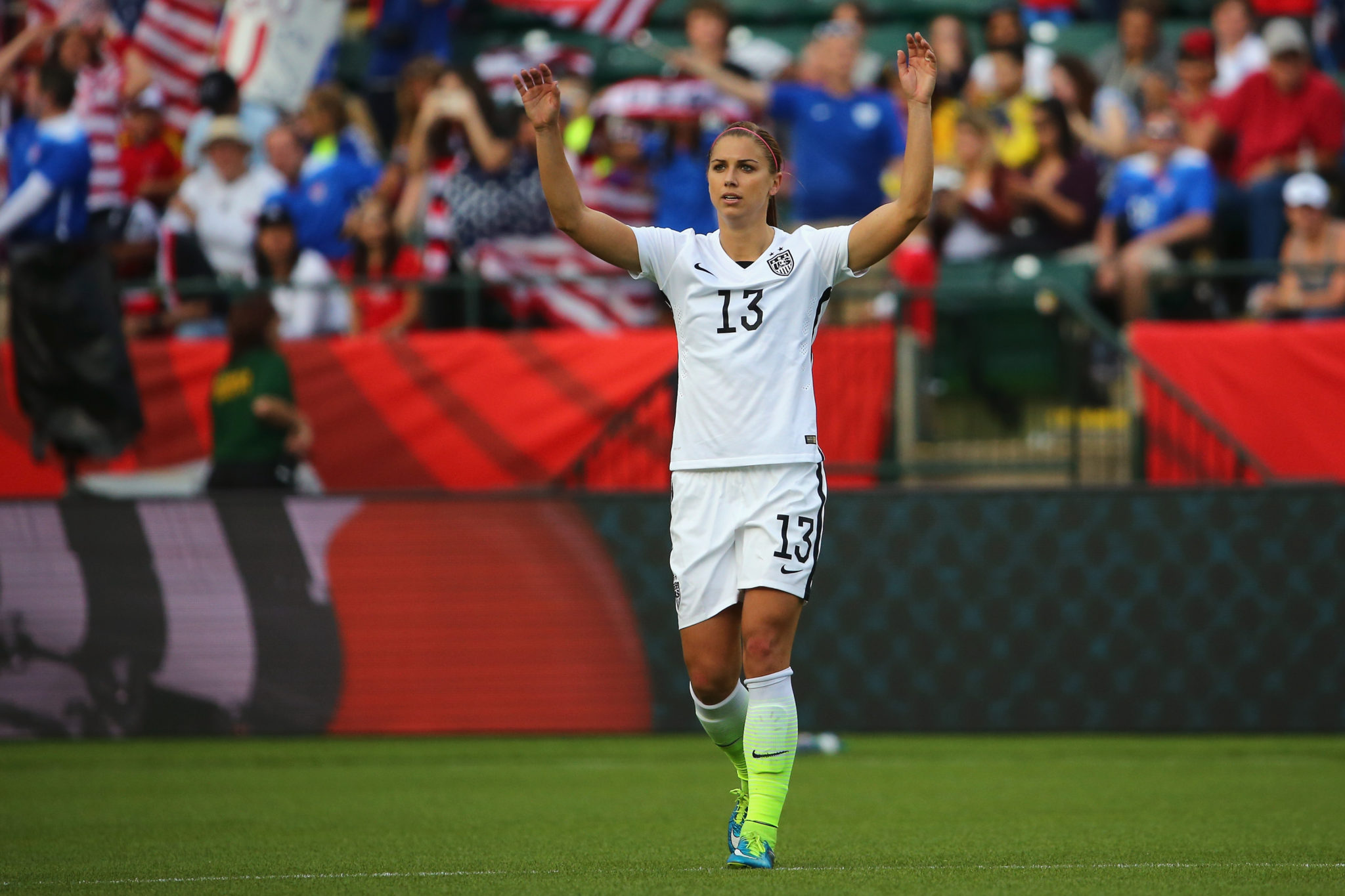 EDMONTON, Alberta – The U.S. eked out a 2-0 victory against Colombia on Monday in the Round of 16 in a match that was hardly a dominant display from the American. The win puts the U.S. through to the quarterfinals against China on Friday, but the Americans are yet to play their best soccer.

U.S. players say they are still coming into their peak, and that improvements are tangible. Here’s what we learned from the United States’ 2-0 win over Colombia:

A weight lifted off Morgan’s shoulders: Alex Morgan scored her first goal of this World Cup in her second straight start. She said she was initially looking to cross the ball on the sequence, but a goal’s a goal. That’s all she really cares about.

“It’s definitely a little bit of a sigh of relief,” Morgan said. “Just as a forward we always want to score goals. We’re expected to score goals. We needed that breakthrough at that moment after not converting the penalties, so it was a breath of fresh air after I scored.”

Morgan admitted that the recovery process from a bone bruise in her left knee that kept her most of April and all of May became worrying in the homestretch ahead of the World Cup. She said she had “a minor freak-out three weeks before the World Cup” when she still wasn’t back to full training, saying that sometimes she gets inside of her own head too much. Now, however, Morgan is only looking forward.

“I don’t remember the last goal I’ve had with this team and that’s not a good sign,” she said.” So I don’t want to look back and see when the last one was, because now I’ve scored and it’s a fresh start moving forward. But I’m happy at where I am with the team. I think we’ve been building the last couple of games. I think that in the second half we had a pretty dominant performance and I’m looking forward to playing China next.”

U.S. extends shutout streak: The United States’ defense has been its best asset this tournament, and while Colombia never looked overly threatening in the final third, distribution out of the back by the Americans was less than stellar. It’s something that will need to improve against China in the quarterfinals, but even on an off night, per se, the U.S. extended its shutout streak to 333 minutes, last conceding in the opening half-hour of the tournament against Australia. Once again, it’s

“They are very good in tight spaces and so they got out pretty well, so we had to be OK with them having the ball at times,” U.S. defender Becky Sauerbrunn said. “I think defensively, as a team, we did really well in keeping them away from dangerous areas.”

Colombia is for real: Colombia will leave this tournament having sent a message to the rest of the world that they won’t be pushovers at the 2016 Rio Olympics. Colombia’s disciplined first-half performance frustrated the U.S. and Las Cafeteras hardly looked out of their depths physically or tactically.

Lady Andrade was largely bottled up but showed moments of that impressive flair that made for an exceptional tournament. Colombia’s midfield gave the U.S. trouble with the extra player in the middle of the park – a concerning trend for the U.S. – and controlled the ball through large stretches.

“I think that in the future, any team that has to play against Colombia as an opponent will realize that it is a team that is very complete, very mature,” Colombia coach Fabian Taborda said.

Indeed, the world took notice. Had that game been played at full-strength the entire time, the result could have been much different.

Michelle Akers sounds off on state of U.S. team
US into quarters, but yet to reach full potential