US preps for quarterfinal without Rapinoe, Holiday 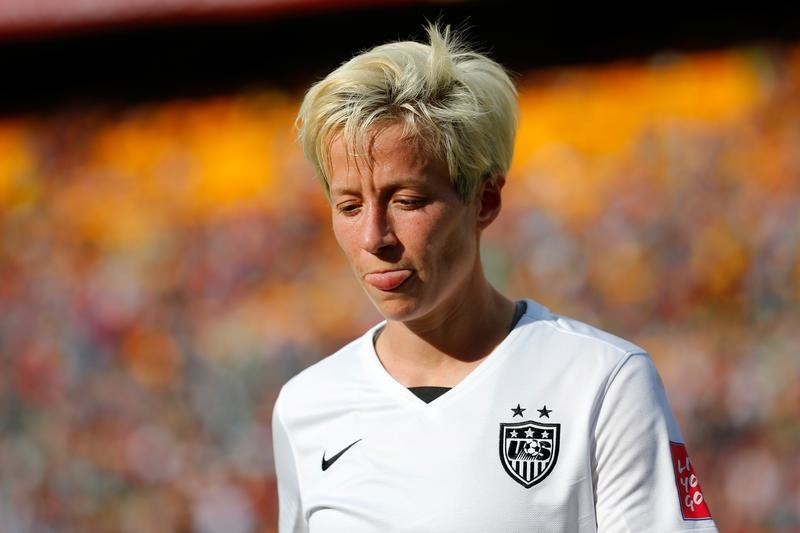 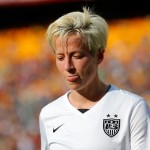 Megan Rapinoe reacts to the yellow card that got her sat down for Friday’s quarterfinal. (Getty Images)

All World Cup opponents and teammates have awed at Megan Rapinoe’s “moments of magic.” It’s a phrase that Australia coach Alen Stajcic coined after dropping the opener to the United States, a game that Australia deserved better from but Rapinoe ultimately took grip of.  Now the United States is forced to play Friday’s quarterfinal without Rapinoe, the team’s best offensive player this tournament, due to suspension after the mercurial winger picked up her second yellow card of the tournament against Colombia on Monday.

Exactly how the United States will create moving forward without Rapinoe is unclear. The rest of the midfield has largely struggled this tournament, and China is one of the most defensively disciplined teams in the tournament. U.S. coach Jill Ellis says she has full confidence in the rest of the team. “We’ve invested in players over the last six months, we’ve dealt with injuries,” Ellis said. “I feel very confident in the players we have to be able to come on and contribute.”

But the absence of Rapinoe, particularly against an organized China team, begs the question: Who will be the spark?

Suddenly, there’s a lot of pressure on Christen Press, the likely starter in place of Rapinoe. “Probably Press,” Rapinoe said of who she thinks will replace her, calling it a “straight swap.”

Press scored against Australia while starting on the wing opposite Rapinoe, but Press has come off the bench each of the last two matches with Ellis favoring Tobin Heath on the opposite flank. Friday will likely see Press and Heath on opposite flanks, with both players in need of finding that creative moment against China.

Lauren Holiday is also suspended for the quarterfinal after picking up her second yellow card of the tournament early in the match against Colombia. Ellis said that Morgan Brian is the likely replacement for Holiday in the middle of the park alongside Carli Lloyd. The 22-year-old Brian played in three matches thus far.

“I’ve had the experience in the past,” Brian said after the Colombia match. “Obviously I played in the U-20 World Cup and in this tournament, so hopefully I just go in there and it will be seamless.”

Holiday said she wasn’t even thinking about receiving her second yellow card of the tournament when it happened in the 17th minute, but she’s confident the team – which will be missing half of its starting midfield from the past two games – can carry on just fine without her. “This team is one of the deepest teams that I’ve ever seen or played on,” Holiday said. “I think that we have so many players on the bench that can fill in and do an excellent job.”