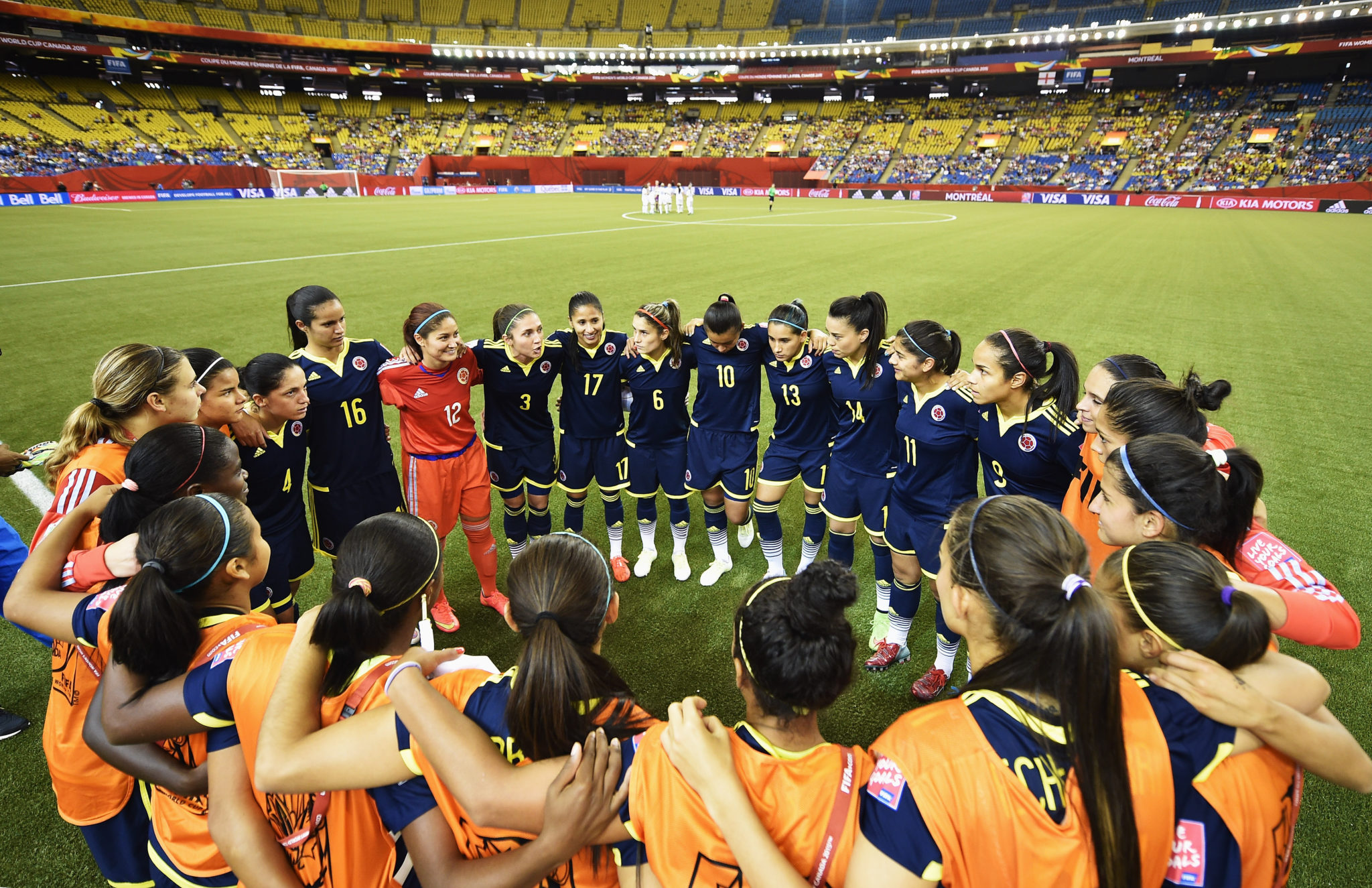 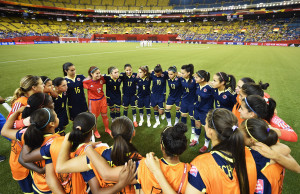 EDMONTON, Alberta – In the case of the Women’s World Cup, the hope is that bigger means better.

Much has been made of the tournament’s expansion from 16 to 24 teams for the first time this year. Many feared that the inclusion of eight additional teams in the group stage could bring blowouts. While there were a few lopsided results, matches were largely entertaining and most were pretty close. Even some expected duds, like Thailand vs. Ivory Coast in a matchup of debutantes, turned out to be thrilling.

And now the games have more meaning than ever. Colombia is in the knockout stage of a major international women’s tournament for the first time. Las Cafeteras’ (‘the coffeemakers’) reward? A match against world No. 2 USA in the Round of 16 on Monday.

“For me it’s really exciting because it’s a game I played in my head a thousand times,” said Colombia goalkeeper Catalina Perez, a rising redshirt sophomore at the University of Miami. “It’s what kind of has motivated me throughout my career, so I’m very excited. I really respect and admire everyone on this team because we all have a winning mentality, because our dreams are bigger than our fears. I’m very excited to step on the field with them and play the United States.”

That bold attitude is newfound among a Colombia team whose words this week have drawn headlines. Colombia players claim that the Americans “belittle” them and that the U.S. has disrespected Colombia. The Americans said they’ve done nothing of the sort and they remain perplexed by Colombia’s comments.

Colombia forward Yoreli Rincon said Sunday that the Americans “don’t have the heart that we Colombians have. She is

“We came with great expectations we want to make headway into the future we want to have a new league in our country,” Rincon said.

This sense of confidence from Colombia players did not previously exist. Much of that confidence stems from advancement to the knockout stages of the tournament for the first time and the sense that what they are doing is bigger than them.

Colombia’s run at the Women’s World Cup – which thus far includes a win over world No. 3 France in one of the biggest upsets in women’s soccer history – is paving a path to make women’s soccer acceptable in still machismo countries like so many in Latin America and Africa.

The 20-year-old Perez, who could see time against the United States on Monday in the Round of 16 of the World Cup, since starter Sandra Sepulveda is suspended, said she didn’t even know that Colombia had a national team for women before the team’s recent relative successes at the 2011 World Cup and 2012 Olympics. She grew up in Florida after being born in Colombia.

But now, Perez is part of a Colombia squad inspiring little girls back home. She said sees the messages from kids and fans on social media. The hope is that there will be a cultural change in how women in sport are viewed in Colombia, which is the last-standing South American team in this tournament after Brazil’s upset loss on Sunday.

“I see it changing a lot,” Perez said. “In the past few years it has been very difficult. It’s been something that wasn’t seen too much, but I feel like we’re opening a new path for that, for all of soccer to grow in Colombia. I feel like it is more than just a game to us. I feel like we can really be the generation that makes soccer acceptable and bring a lot of opportunities to Colombian girls.”

[MORE: How a 50-50 ball changed fates of Australia, Brazil in historic upset]

Colombia coach Fabian Taborda, 36, says he grew up in a time of antiquated thinking. Parents did not think it was acceptable for girls to play sports and those females who did were harassed. Those issues persist today, but views of women’s roles in sports are changing in Colombia and other countries.

Colombia is not alone in its fight for equality. Spain is a team that participated in its first Women’s World Cup this year. Players viewed advancing from the group stage as a way to earn respect back home and stimulate social change to start making soccer acceptable for women. Spain missed out on the knockout stage, but all 23 players penned a letter following the team’s exit that demanded a coaching change. Ignacia Quereda has been in charge of the team for 27 years.

Five of the 16 teams to make the knockout stage did so for the first time at a Women’s World Cup, including Cameroon, only the second African nation to ever advance out of the group stage (Nigeria in 1999).

Cameroon narrowly lost, 1-0 to China on Saturday to miss out on a berth in the quarterfinals. But the team’s appearance in the Round of 16 – as second-place finishers in Group C behind reigning world champions Japan – was mildly surprising and inspiring for its country – inspiring enough to maybe be cause for change in how women in sport are viewed.

“It is quite complicated in Africa. At times, they don’t allow women to play football,” Cameroon coach Enow Ngachu said prior to Saturday’s match. “But I want to assure you that with the results we’ve been having, just today I received over 50 messages of young girls interested in playing soccer. So I’ve given them appointment when I come back home.”

Like anything in life, experience is paramount. Ngachu said after his team’s loss to China that he and the players have learned a lot.

“You must always believe in your dream,” he said. “We are believing in our dream. I want to say that the game against Japan had a positive influence on the Cameroonian squad. After that game, we started believing our dream. If we could play like that against Japan, the current champion, why not the others?”

The Women’s World Cup’s expansion to 24 teams has countries like Colombia and Cameroon dreaming for the first time. And with the seeds planted for future success, it could mean new opportunities for girls in countries where soccer has long been viewed as a man’s game.

“Girls that dedicate so much of their lives to it are actually having a good life and succeeding,” Perez said. “I feel like that is making the difference.”

On Monday, Colombia gets a chance to play out the big game against the United States in real life, not in anyone’s head. But the match could mean wonders inside the head of the young girls watching back home.