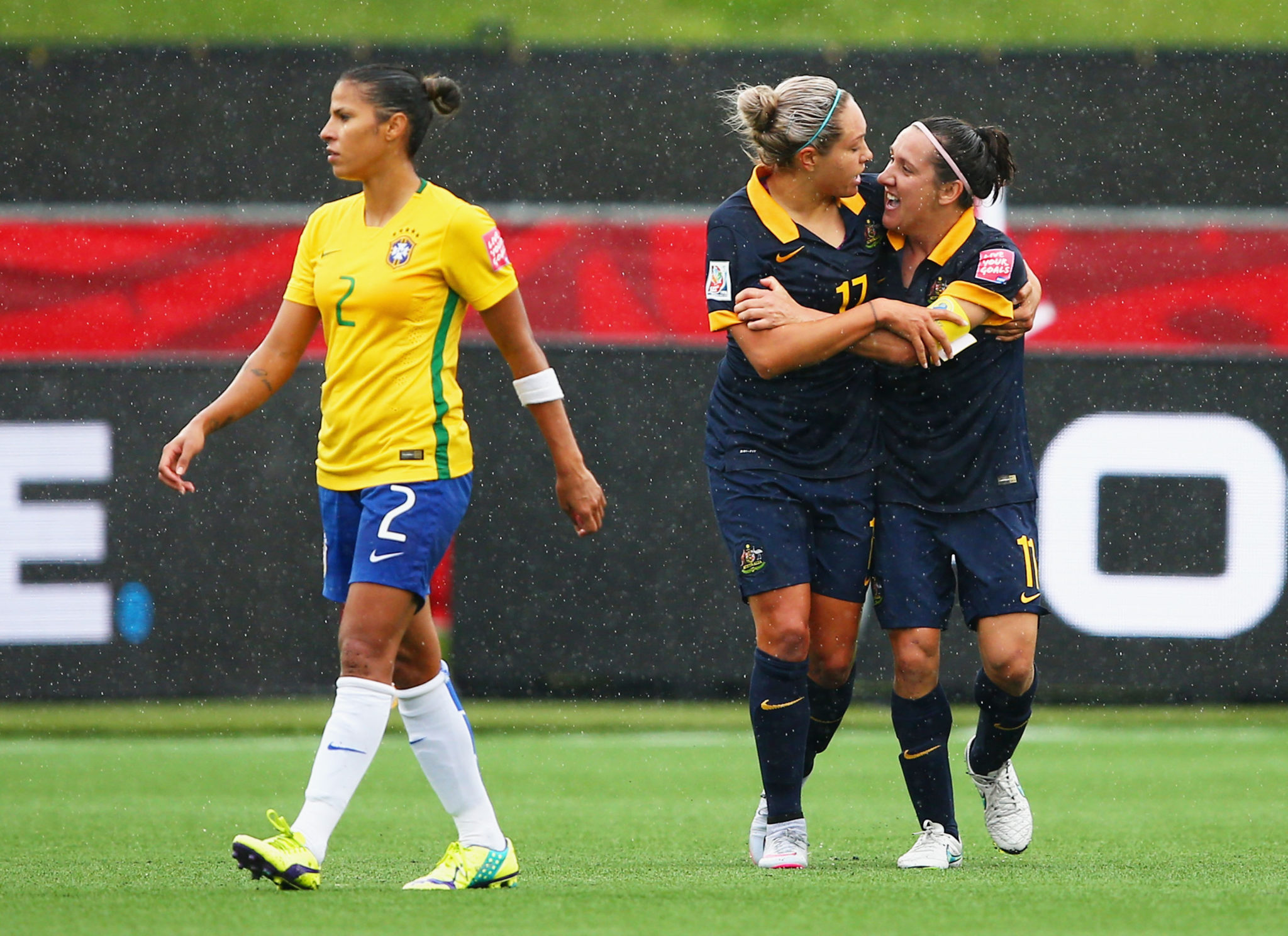 Kyah Simon’s third goal of the 2015 FIFA Women’s World delivered a historic victory for Australia, which beat Brazil, 1-0 in Moncton on Sunday in the Round of 16. It’s the first time Australia’s men’s or women’s team has won a knockout stage match at the World Cup.

Simon finished a rebound spilled by Brazil goalkeeper Luciana in the 80th minute. Luciana couldn’t fully handle Lisa De Vanna’s initial shot in the wet conditions. The goal was the first of the tournament conceded by Brazil, who went through the group stage as one of only two teams with a perfect record.

“I think we’ve still got to keep going before it’s the biggest moment ever,” Australia coach Alen Stajcic said. “We’re all super proud, so excited. I think exhilarating is the word for such a victory against a big, powerful football nation, but there is still more to come.”

The loss marks Brazil’s earliest ever exit from the Women’s World Cup, which held a Round of 16 for the first time due to the expansion of the tournament to 24 teams.

Australia advances to the quarterfinals to play the winner of Tuesday’s Japan-Netherlands match. Japan are the reigning world champions.

Stajcic said after Simon’s two-goal performance against Nigeria that the striker had more to give at this World Cup.

“I still think she’s got more in the tank,” Stajcic said at the time. “I thought she was good today; I think she can be even better.”

Five-time FIFA World Player of the Year Marta was largely kept in check by the Australian defense on Sunday, thanks in large part to speedy 20-year-old defender Caitlin Foord, playing in her second World Cup.

Australia had a slight edge in the run of play in the first half. Sam Kerr got on the end of Emily Van Egmond’s corner kick in the 11th minute and smacked a right-footed volley off the outside of the post, flashing a warning sign to the slightly favored Brazilians.

Formiga, playing in her record-tying sixth World Cup, laced a shot from 30 yards out in the 26th minute, forcing Australia goalkeeper Lydia Williams into a diving tip-save near the top corner. Formiga also hit the post on a glancing header in the 62nd minute that left Williams flat-footed. It was Brazil’s best opportunity of the match.

Brazil entered the tournament behind historic support from the federation. Earlier this year, Brazil entered into a permanent residency camp through the end of the 2016 Olympics in Rio.