France set Germany clash with blow out of Korea 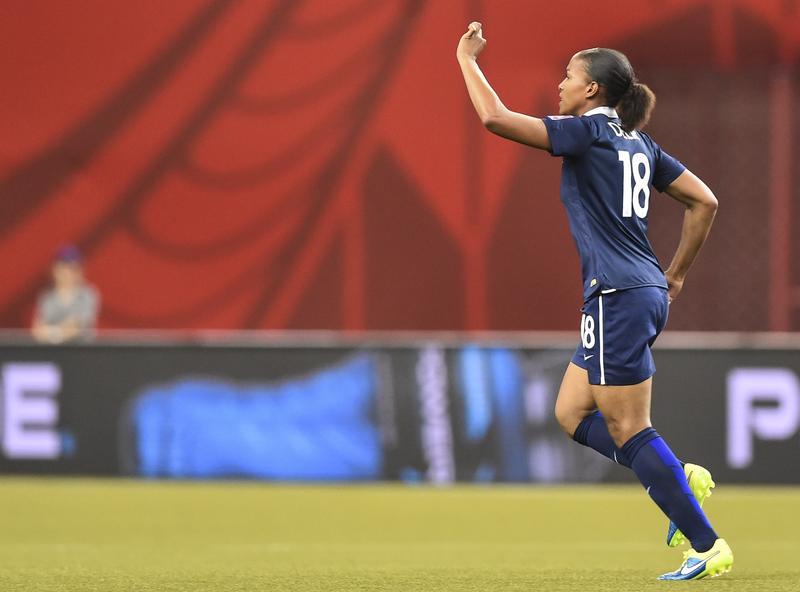 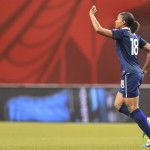 France trounced Korea Republic 3-0 in Montreal on Sunday to set up an epic quarterfinal clash with Germany on Friday.  France, looking like a new team since being upset by Colombia two matches ago, scored twice in the opening 8 minutes of the match and never looked back.  Korea Republic crashed out after reaching the knockout stage for the first time.

Both sides made news with the release of lineups.  Korea Republic’s did not include Ji Soyun, who warmed up during halftime but ultimately ended her World Cup without making an appearance in the final match.  France reinserted Louis Necib who has been nursing an injury and did not play against Mexico.

Necib put herself into the fray almost from the start helping her side take a lead on 4 minutes.  Amandine Henry started the sequence with a switching ball that was actually short of its mark, but the defending Korean player’s header went backwards to Necib deep on the left flank.  Necib picked out overlapping Laurie Boulleau who picked our Camille Abily and then immediately cut into space towards the Korean goal.  Abily’s only touch was to play it back Boulleau, and her only touch was to play it back above the six-yard box to Marie Laure Delie.  Yet another single touch from Delie found the back of the net beating to give France the early lead through one of the prettiest goals of the tournament.

The goal was not Delie’s fastest of the tournament.  She converted in the 1st minute against Mexico, setting the state for a blowout that helped France capture Group F after being upset by Colombia.

By 8 minutes France were ahead 2-0.  Jessica Houara was given acres of space to carry toward the attacking third where she laid it off to Elodie Thomis.  Thomis took on Korean defenders and then played a give-and-go with Eugenie Le Sommer and beat Kim Jungmi.

Surrendering two goal may not have been the most painful moments of the half for Jungmi who went down twice, apparently with injuries to different sides of her face.  She remained in though and was on the receiving end of more exquisite French soccer just after halftime.

In the 48th minute Le Sommer made a strong run down the left side, attracting defenders but not much defending.  She calmly laid it in front of goal where Delie was making a run and yet another single touch found the back of the goal.

In their last match against Spain, Korea Republic came out of the half trailing and needing to win in order to advance.  That was a 1-0 deficit and the Koreans calmly altered the face of their attack and eventually got the two goals they needed.  Such was not the case on Sunday as the final 42 minutes and stoppage time were played with an air of inevitability to them.

France will next play Germany on Friday afternoon.  The Germans, whose coach Silvia Neid was in the stands for this one will have one extra day of rest but will have used it to make the short trip from Ottawa where they routed Sweden a day earlier.