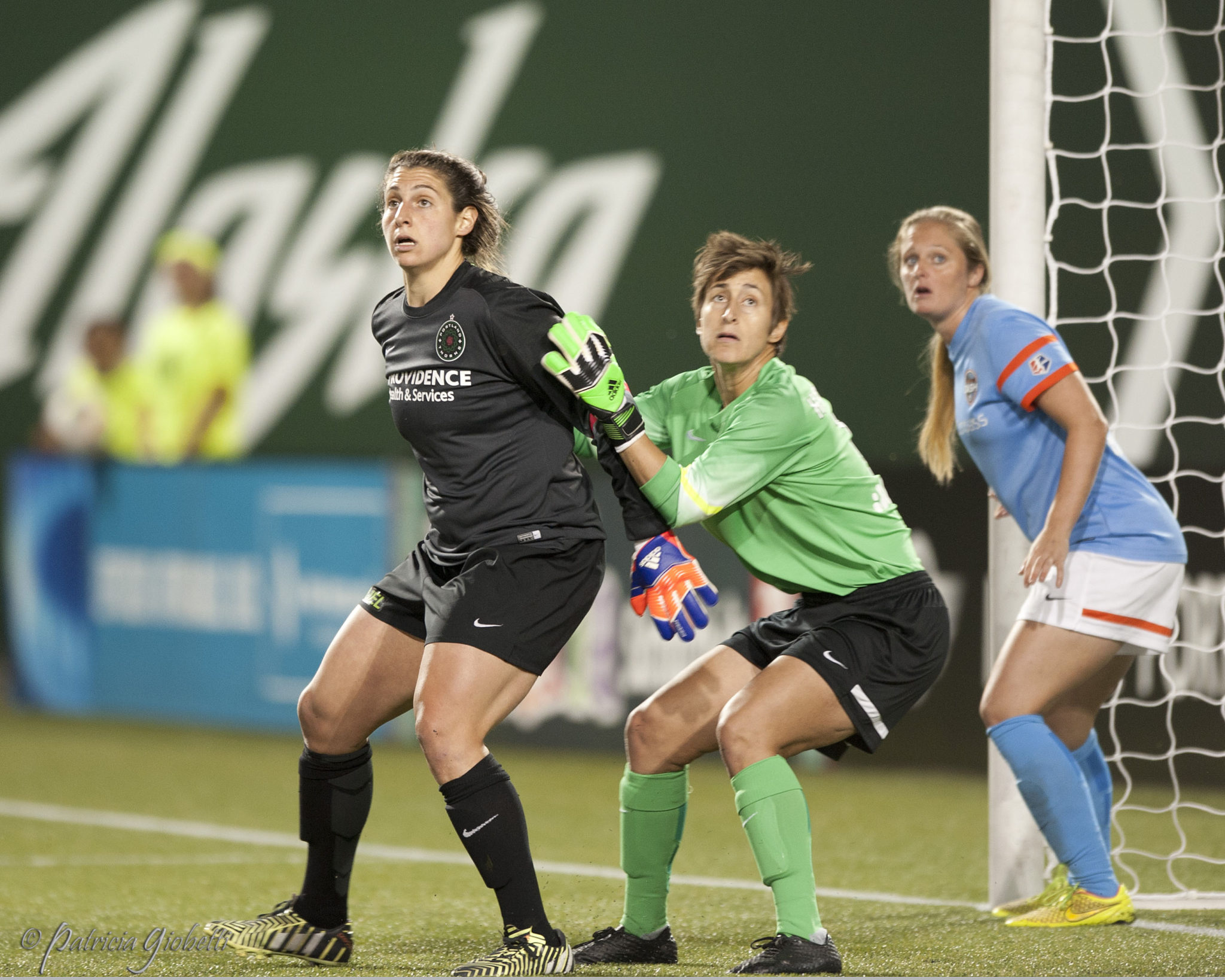 Goalkeeper Michelle Betos rescued the 10-woman Portland Thorns by scoring a goal off a corner kick in stoppage time to give her side a 1-1 draw with FC Kansas City on Friday in the first NWSL match after the World Cup break.

Betos became the first goalkeeper to score in National Women’s Soccer League history when she threw caution to the wind to give the Thorns an extra attacker on a corner kick in stoppage time.  The first one was sent out by FC Kansas City.  The second one—from Allie Long—found Betos unmarked and she drove a header off the midsection of Frances Silva and over the line.  The goal marked the first time the Thorns have ever flipped the result of a match with a goal in the 90th minute or stoppage time.

Betos was mobbed by her teammates as she scrambled back to defend her goal for the final few moments of the match, and again next to her goal after the final whistle.  The Thorns had played the final 20 minutes with 10 players after McCall Zerboni was shown a straight red for stepping on Kansas City forward Shea Groom.

Any1 who knows me knows i would never intentionally try 2 hurt someone. I simply couldn't stop my momentum as i was already stepping forward

I will take, accept and understand anything and everything that follows this. My actions are my own.

The return match for NWSL was a battle between two of the clubs most impacted by World Cup call-ups.  The result was an opening half in which both teams had moments of possession but neither proved particularly dangerous.  By the break the match was scoreless and FC Kansas City had taken partial control of the midfield.  Sarah Hagen hit the post in the 33rd minute and the Blues had another near miss as the halftime whistle drew near.

Five minutes into the second half, Groom got away in space and drew a foul from Kendall Johnson.  Jen Buczkowski drove the long free kick to the middle of the box and Sarah Hagen beat Betos to it and headed into an empty goal to give Kansas City a 1-0 lead.  Betos argued she was fouled but most of the contact came from teammate Rachel Van Hollebeke.

The match changed again in the 70th minute when Groom was on the ground  after a foul and Zerboni stepped on Groom as she walked to the aid of Sinead Farrelly who was shaken up on the play.  Zerboni received a straight red.  Shortly after the match she took to Twitter to say she was simply trying to get to Farrelly and did not intentionally step on Groom.

The Thorns showed little ability to pester FC Kansas City after that until Betos came about 40 yards out to take a free kick.  From there the Thorns won a corner kick and Betos wandered into the box.  Left unmarked all the way she stepped into Long’s second attempt for an aggressive header that knotted the score and incited pandemonium at Providence Park.

Despite the late heroics, the Thorns (2-3-4, 10 points) extended their club-record winless streak to seven and remain ahead of only Sky Blue FC.  FC Kansas City (3-4-2, 11 points) moved up to 5th place.