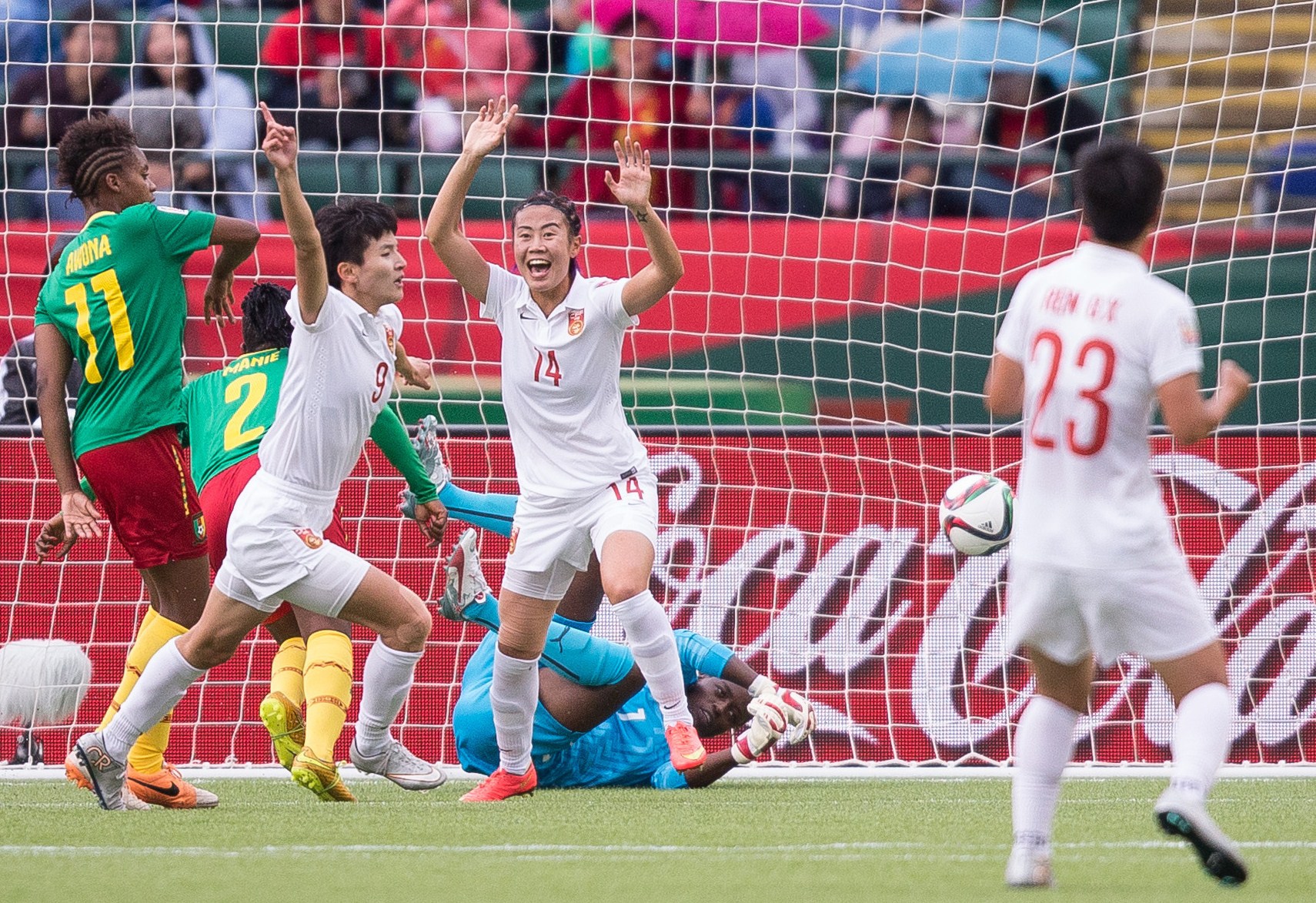 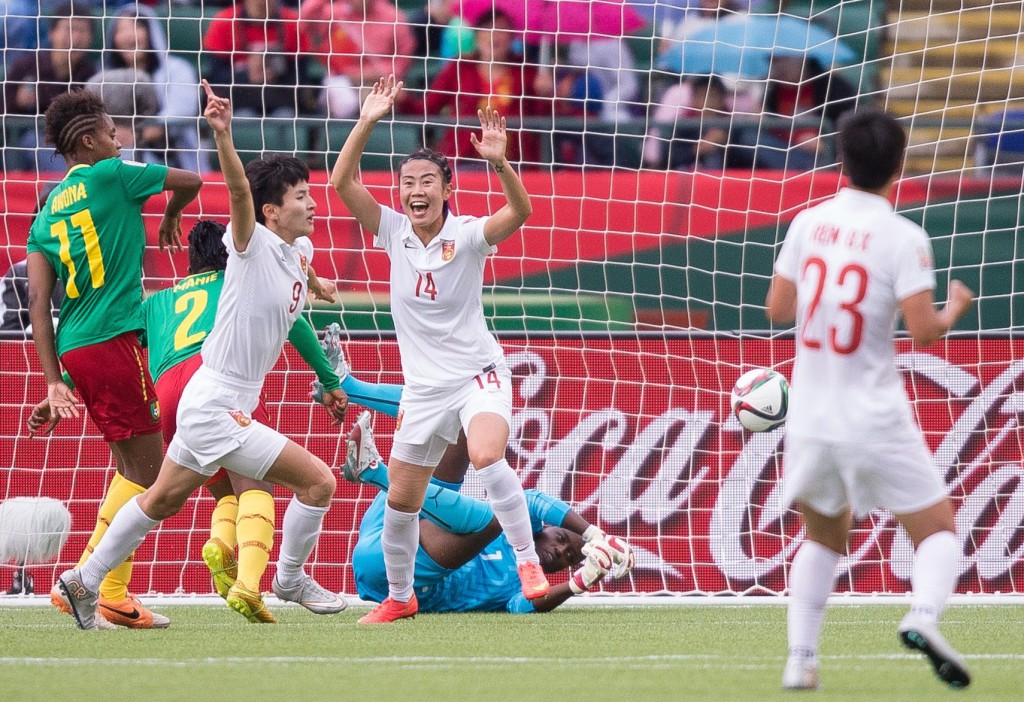 EDMONTON, Alberta – China is headed to the quarterfinals of the Women’s World Cup for the first time since 2007 after defeating Cameroon, 1-0 on Saturday at Commonwealth Stadium.

Wang Shanshan scored the game’s only goal in the 12th minute, volleying the ball into the net in front of a hearty group of China supporters on a cool, breezy day in the tournament’s northernmost host city. Li Dongna settled the ball at the back post on a corner kick and sent it back into the mixer toward Wang, who placed it into the net with her right foot.

“This goal was important because it gave us the upper-hand early in the game, so we can take more initiative,” said Wang, who typically plays defender but lined up as a striker on Saturday. “We had more room to play in the second half of the game. [It] reinforced our defense.”

China, which finished runner-up to the United States at the 1999 World Cup, exited in the quarterfinals of the 2003 and 2007 World Cups, but did not qualify for the 2011 edition, missing the tournament for the first time. Saturday’s victory came in the Round of 16, the first time that has taken place at a Women’s World Cup, which expanded to 24 teams for the first time.

Cameroon was playing it its first-ever Women’s World Cup, making the knockout stage after finishing second in Group C behind reigning world champions Japan. China finished second in Group A behind hosts Canada.

China will face either the United States or Colombia in the quarterfinals next week in Ottawa. Chinese players say that if they do meet the United States, the pressure will be on the Americans.

“We are already in the quarterfinal,” Wang said. “We obtained our initial objective, so we just need to go as far as we can. No more pressure.”

Cameroon controlled much of the match, out-shooting China 21-9, but failing to convert opportunities. Gaelle Enganamouit was active all night – as she has been all tournament – but failed to find the back of the net for Cameroon. Enganamouit best chance of the night came in the 64th minute, when her looping header hit the top of the crossbar.

Defense has been China’s calling card the entire tournament, and it held strong again on Saturday, to the frustration of Cameroon.

“There were good chances, but look at the statistics and they don’t usually score many goals,” Cameroon coach Enow Ngachu said of China. “They don’t score many goals, but they defend very well. We knew that if did concede a goal, it was going to be very difficult for us.”

China coach Hao Wei was suspended for the match after being ejected from the team’s final group game against New Zealand. Hao watched the match from the stands, but he can return to the bench for the quarterfinal match.

The pre-match messages, assistant coach Chang Weiwei said, were still clearly laid out ahead of the match despite Hao’s absence from the bench.

“Today all the players are wonderful,” Chang said. “They put on a spectacular performance, spectacular, resilient and brave. They are like warriors, fighting like warriors for over 90 minutes.”

Cameroon is only the second African team to qualify for the knockout stage of a Women’s World Cup, joining the 1999 Nigeria team.

Ngachu credited China’s experience – despite the team’s youth – for their victory. He rued Cameroon’s missed opportunities, but he didn’t appear overly dejected by the result.

“That is football,” Ngachu said on several occasions after the match.

On Saturday, football was in favor of China.

Red Stars, Spirit washed out at Benedictine
Women’s World Cup — what we learned on Day 15