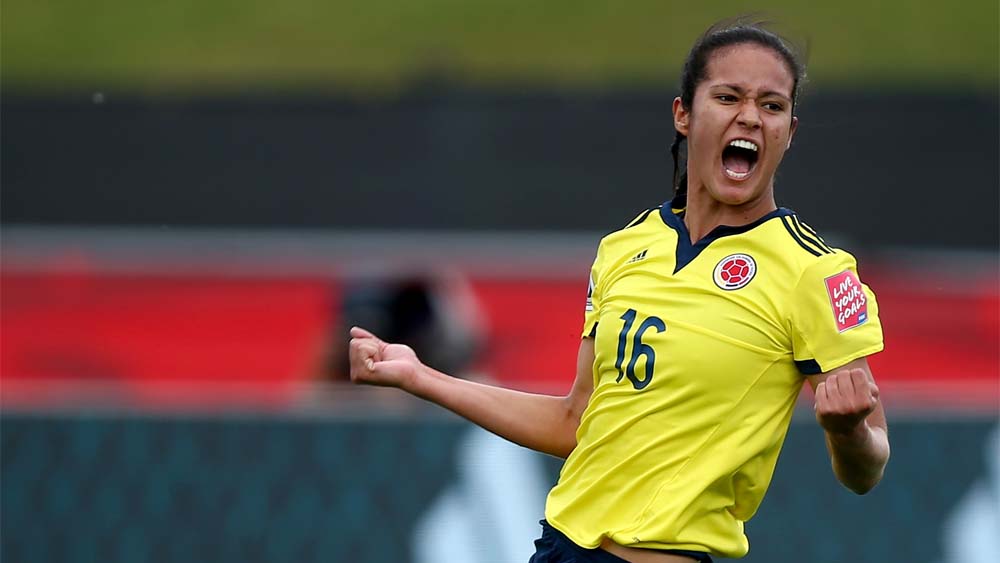 Some sizzle just got added to what otherwise could have been a fairly routine match.

Colombia forward Lady Andrade says her team will beat the United States in Monday’s Round of 16 match in the 2015 FIFA Women’s World Cup.

“We’re going to beat them since they like to talk so much,” she told USA Today Sports.

Andrade says the Americans “belittle” the Colombians and that when – not if – her team wins on Monday, “there would be huge repercussions” for the world of women’s soccer.

Andrade scored the game-winning goal for 28th-ranked Colombia against France last week in what is one of the greatest upsets in women’s soccer history. But she is best known in the United States for being the player who sucker-punched Abby Wambach in the group stage of the 2012 London Olympics. Colombia lost that match, 3-0, just as they did the year prior at the World Cup in the only other meeting between the two teams.

“I hit her, what else I can say?” Andrade told USA Today Sports. “If you look back at the video you’ll see she hit me too, but we’re Colombia so they don’t want to review the whole episode.”

Colombia may need a similar sort of bite against the heavily favored Americans on Monday. If Andrade & Co. can pull off that upset, it will go down as an even larger one than the win over France. Would there be anything higher on the list of ‘no way that happens’ heading into the tournament than Colombia beating world No. 3 France and world No. 2 USA? Surely not.