US women win Twitter, but Norway is bringing it 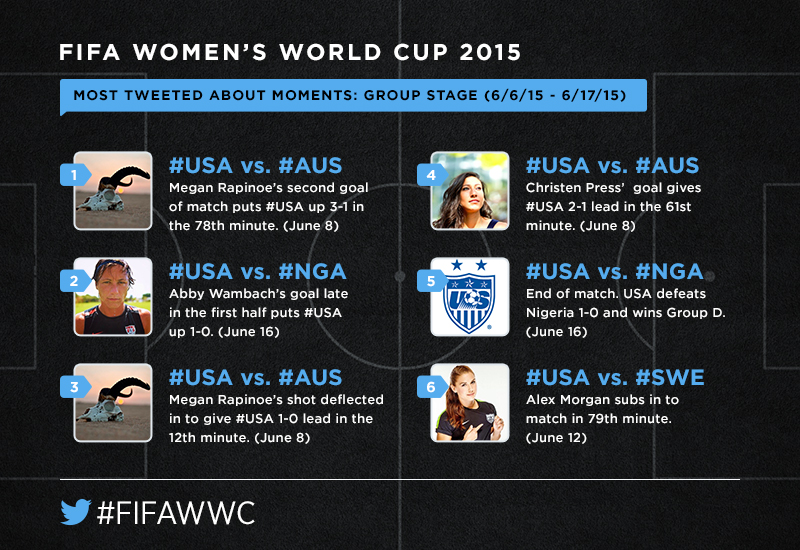 Twitter has spoken: Tweets about the 2015 FIFA Women’s World Cup were seen 2.7 billion times during the group stage between June 6 and June 17, according to the company.

And it is no surprise that the United States national team has dominated the conversation. The three most tweeted about games were the three U.S. games in the group stage, with the opener against Australia leading the way. Five of the top six most tweeted about players are American and all six of the most mentioned events involved the United States.

By the numbers (and in photos): 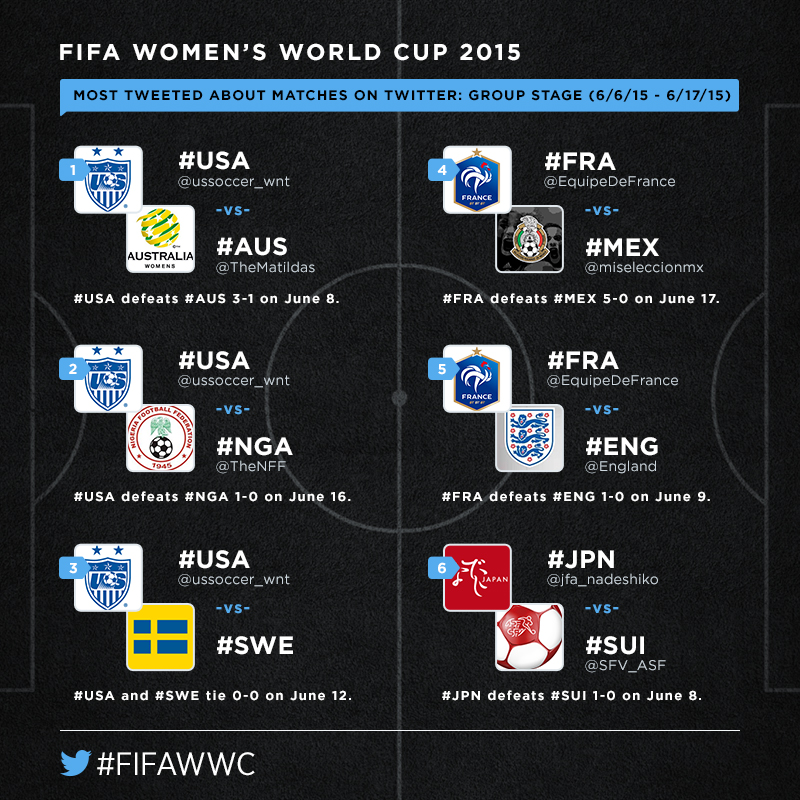 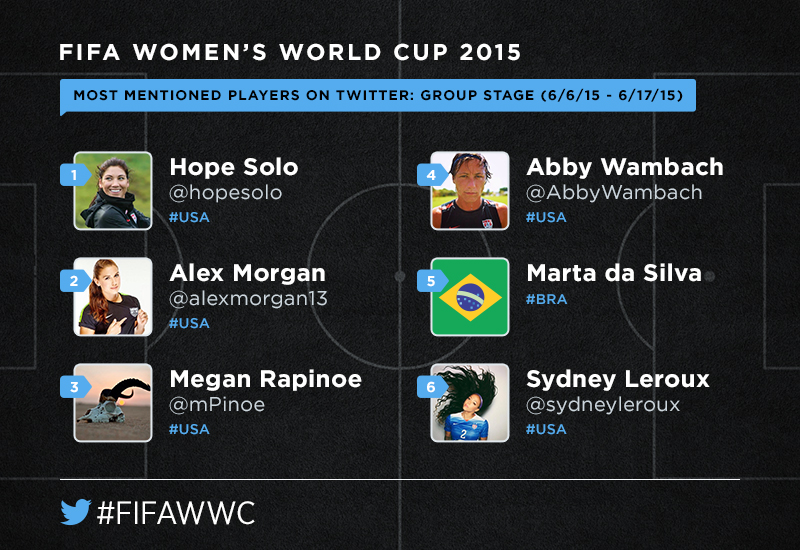 Off of Twitter but still online, Norway’s Round of 16 match against England on Monday is shaping up to be phenomenal based solely on some smack-talking. Norway newpaper VG has a full-page spread asking England, “Are you girls ready for a hell of a beating?”

That, of course, is media. But Norway’s players have a marvelously done video that pokes fun at sexist stereotypes to show just how stupid they are. Should women play on smaller fields or with bigger goals? Women’s soccer is so boring, isn’t it? Of course not. Norway’s players hilariously hit back at those notions in this satirical short:

Women’s World Cup — Round of 16 primer
The Lowdown: Assessing NWSL players at WWC