US staying loose despite pressure of K.O. stage 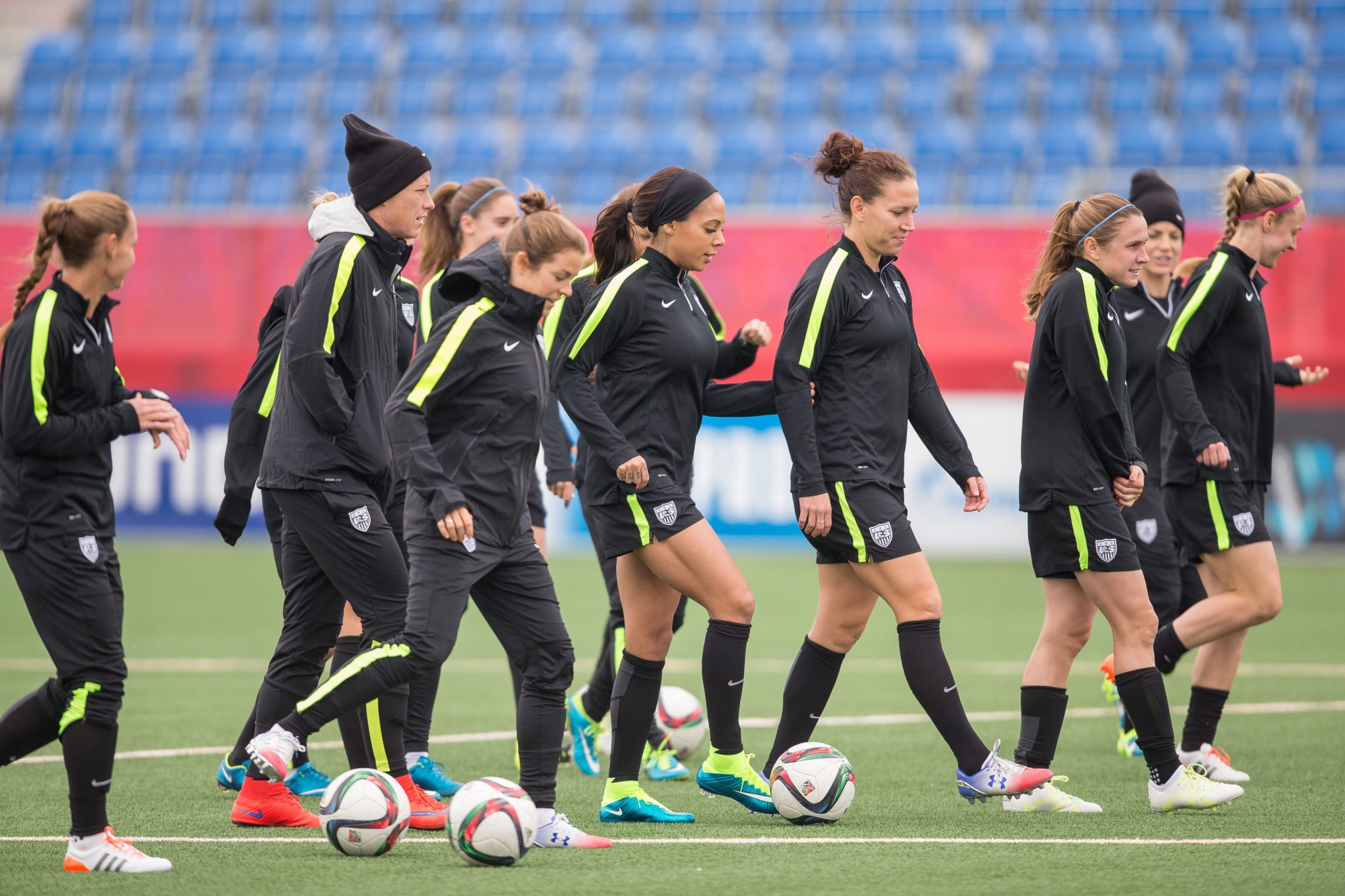 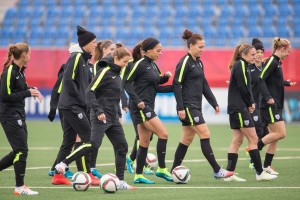 EDMONTON, Alberta – They are here, and that is what really matters.

The United States national team held its first training session in Edmonton on Thursday ahead of Monday’s match against Colombia in the Round of 16 of the 2015 FIFA Women’s World Cup.

Getting to Edmonton for this match was always top priority

“At this point, it’s really about winning and moving on,” U.S. coach Jill Ellis. “That’s what it comes down to.”

Ellis’ team came out on top of Group D, dubbed the Group of Death for it featuring USA, Sweden, Australia – three of the world’s top 10 teams – and African champions Nigeria. While the Americans looked unconvincing at times – especially in the opener against Australia, which eventually amounted to a 3-1 victory – they came through the group unbeaten and played their best of the three matches on Tuesday against Nigeria.

Now, the U.S. looks to collectively loosen up and get the attack going.

“I think in the group stage, you can be a little bit more conservative,” U.S. midfielder Lauren Holiday said. “I think in the knockout round, every team is going for it. It’s all you have; you’re fighting for your lives each game. I think that that mentality clicks in everybody.”

Abby Wambach’s goal in the 1-0 win over Nigeria is the only one scored by a player in a forward position this World Cup. The U.S. scored four goals in three games, which includes a scoreless draw against Sweden and only one goal against a Nigeria defense that otherwise leaked them, giving up five in the first two games. The lack of scoring is a concern for a United States team looking to win its first Women’s World Cup in 16 years, but Ellis is optimistic, particularly from what she sees in training.

U.S. defender Christie Rampone, who turns 40 years old next week, officially played in her fifth World Cup when she entered Tuesday’s match in the 80th minute. She is the last remaining active player from the 1999 World Cup winning team and she’s seen how U.S. teams have the ability to gradually get better as the tournament progresses.

“I think it’s more of the team feeling that pressure and maybe not combining like we would have or going 1-v-1,” Rampone said of the 2015 group stage, “but I think you are going to start seeing that really open up and I think the personalities will really come through. Because it’s too tight. We’re playing too tight and we have such creativity and amazing players up top, that their personalities will start coming through.”

Colombia, ranked 28th in the world, enters Monday’s match as significant underdogs. They’ve played the United States twice before, losing 3-0 in both the group stages of the 2011 World Cup and the 2012 Olympics.

But Colombia upset world No. 3 France last week in the group stage, proving that they are capable of picking up a result against the United States. Las Cafeteras will be without starting goalkeeper Sandra Sepulveda due to yellow card accumulation, which could prove a debilitating blow.

[ KASSOUF: Defense the difference thus far for US at Women’s World Cup ]

Colombia will likely play a similar type of match against the U.S. as it so successfully did against France, defending well and patiently building counterattacks in a 2-0 victory. Such a strategy would require the U.S. to be more inventive going forward, to create scoring opportunities that to date at this World Cup have gone largely unfinished.

“You have to put yourself out there to make mistakes, in order to succeed,” Rampone said before training on Thursday. “I think it’s just the emotion and the feeling that you have when you’re here. Once you get through that group stage, you think it’s more stressed, but I think we do better under the pressure.”

No team has a less difficult path to the semifinals than the United States, who would play either Cameroon or China in the quarterfinals, should they advance. So while they’ve arrived here, in Edmonton, the next goal is already about getting there – to Ottawa, Montreal and eventually back to Vancouver.