Women’s World Cup — what we learned on Day 12 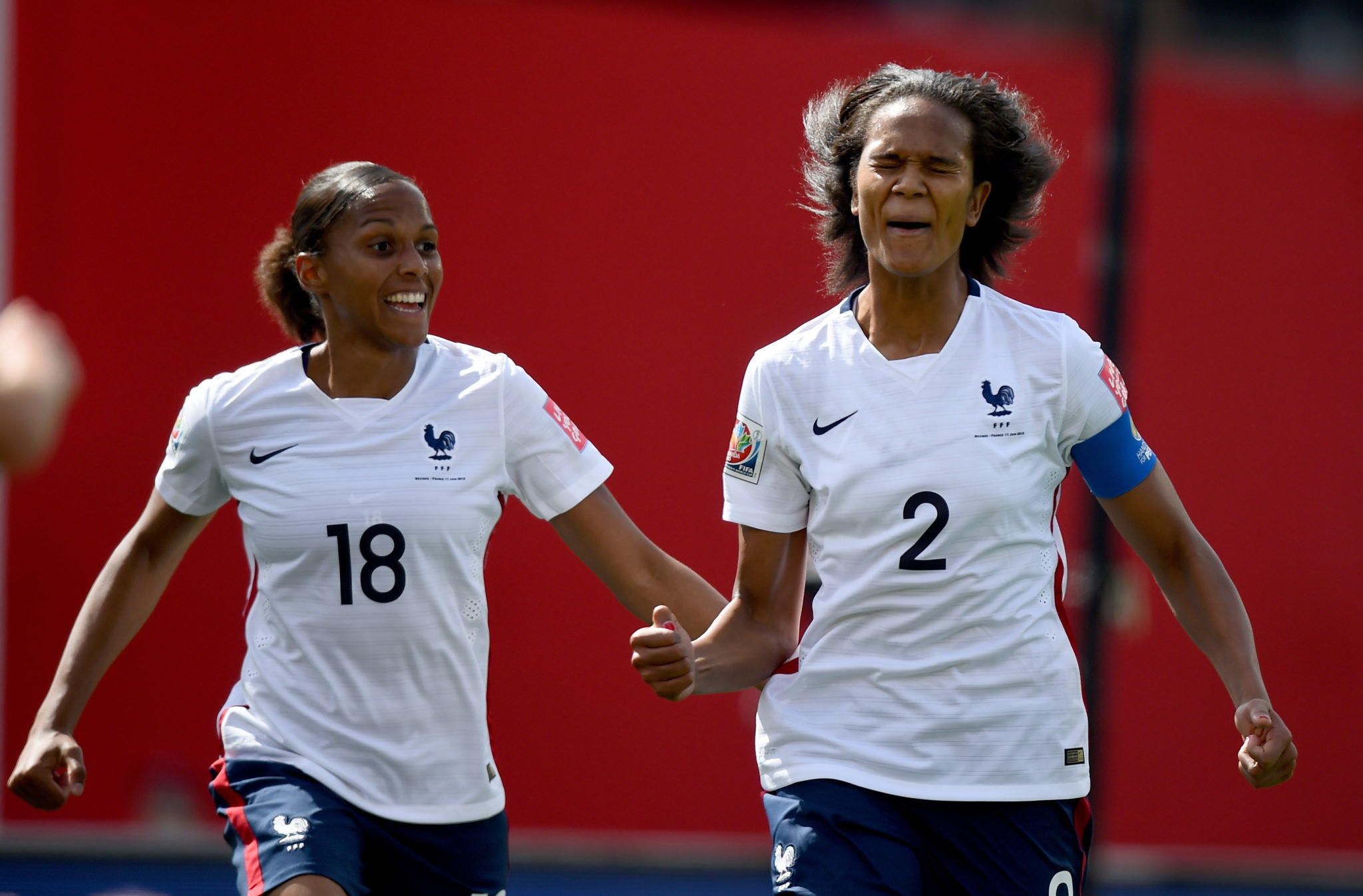 There were two big reasons the French women’s national team was able to gain a substantial following in the 2011 World Cup in their home country. One was their play, of course, they could knock the ball around with the best of them and were arguably the best technical squad in Germany before being unceremoniously dumped by the physical United States in the semifinals.

The other, however, might have been what happened the previous summer. The French men’s team, 1998 world champions (which they won at home), were among the names people threw out there as a sleeper in South Africa. They had plenty of talent, after all, names everyone had seen each weekend in the biggest European leagues and even the Champions League.

But what followed was perhaps the biggest meltdown in World Cup history. After an opening draw with Uruguay (who as it turned out went all the way to the semifinals), coach Raymond Domenech flat out lost control of his team. They lost to Mexico and were eliminated before they even took the field for their final match, returning to France disgraced.

A year later, the French women, playing beautiful team soccer, were impressing the world and many of those people (at least those who would give it a chance) who were so turned off 12 months before.

Fast-forward four years and France – to the horror of the French fans – had a potential fiasco on its hands in Canada. France was on the wrong end of perhaps the biggest upset in women’s soccer history against Colombia. Worse, the winning goal came after an obvious display of petulance by one of their most beloved players. Louisa Necib, apparently upset that teammate Jessica Houara was going to take a throw-in, threw the ball at her legs with enough force behind it to ricochet off her legs and back to Necib.

There were some things working in head coach Philippe Bergeroo’s favor that Domenech didn’t have, the most prominent being a forgiving group format in which 16 of 24 teams advanced. But still, Bergeroo had some work to do to get his team on the same page. The first question was answered when the lineups were announced. Necib would sit, replaced by youngster Amel Majri, who had only seven caps before Wednesday (although she does start for Lyon).

Still, as the game kicked off, we wondered: Might France be capable of imploding like its men’s team had done?

We only had to doubt them for 34 seconds. Elodie Thomis got to the end line almost off the opening kickoff, her cross got loose and Marie-Laure Delie headed it home. By the 13th minute, France led Mexico 3-0 on its way to a 5-0 pummeling.

And as it turned out, France ended the group stage where it expected to, on top of Group F. Les Bleues even lead the tournament in possession, and recorded an outrageous 56-8 shot differential in the process (in the loss to Colombia, they still outshot them, 21-3). They even got a favorable knockout-round draw against Korea Republic. After that, it will be Germany (probably), of course, and a very tall order. But maybe as a man who spent his share of time in France (most of which didn’t go so well), Thomas Paine once wrote, “What we obtain too cheap, we esteem too lightly: it is dearness only that gives everything its value.”

Maybe France needed that adversity to come together and make its mark on the world stage. Only time will tell.

What else did we learn from Wednesday from Groups E and F?

Brazil rolling right along: If you put together a montage of group highlights there is a good chance it would not include anything from Brazil. Even Marta’s goal to take the all-time World Cup lead was from the penalty spot and did not get a whole lot of attention. But in a group filled with teams featuring incredible, attacking midfielders, Brazil rolled through without conceding a goal. Now comes the hard part, and Australia will be a tough out in the Round of 16, with Japan likely after that. At the last World Cup, Brazil showed an almost frightening inability to see out a United States team they were better than. Time will tell how good this version is and, if in position again, if they can close out tough matches.

England looked great. Then it didn’t: It’s still hard to keep up with Mark Sampson’s substitution and tactical patterns. England basically conceded the opener against France and only goalkeeper Karen Bardsley and Fara Williams started all three group stage matches. Still, his team responded Wednesday, with Karen Carney getting a fortuitous rebound and Williams burying a penalty to give England a 2-0 lead at the half over Colombia, all of which gave you great confidence they could beat Norway in the Round of 16 and maybe be a big factor in the weaker half of the bracket. Then they were outplayed in the second half and had to hold on for a 2-1 win. So who knows? At least Lianne Sanderson was able to get on the field (the last field player on her team to do so).

Oh those chances: One of the best parts about this World Cup is that multiple teams that left their lots in the group stage are capable of giving the best teams in the world a run for it. It will not make Spain feel too much better that they are one of them after three matches worth of squandered chances left them 0-2-1. Many players were in tears after losing 2-1 to Korea Republic. And the match ended in particularly painful fashion. Sonia Bermudez hit the crossbar with a free kick that would have lifted Spain into a tie with Costa Rica so tight a drawing of lots would have been needed to decide who moved on. But with some more refined play in the final third Spain easily could have been moving on possibly even as group winners.

Mexico continues to struggle: Let’s be honest, in a country that took its women’s soccer seriously, Leo Cuellar would be out of a job at this tournament as Mexico continues to sink not only in the world, but in CONCACAF, where they are now behind not just the U.S. and Canada but Costa Rica as well, with teams like Trinidad and Tobago and Haiti closer to Mexico than Mexico is to the top two. Yes, they were unlucky not to beat Colombia in the opener, but with a chance to go out fighting (and a chance to advance with a win at the start of the day), they showed nothing, and unlike Costa Rica, they don’t seem to have too many young players at the moment to build around. Even Cecilia Santiago struggled at this tournament.

Korea pull it out late: As Korea Republic looked headed for the exits at halftime Wednesday night, one of the prevailing feelings had to be, “how could that team that took it to the United States a week before the World Cup finish the World Cup with only one point.” But then the Koreans dug in, attacked Spain as if their lives were at stake, scored twice in the second half, and held on for their first ever win at the World Cup. Their midfield play, when it is working, is truly something to behold and they seem to be following in the footsteps of their Asian sisters from Japan.

Colombia is trending upward, but… Look, Colombia exceeded just about everyone’s expectations with four points and that upset of France is one they can hang their collective hats on pretty much forever. They are entertaining to watch and to see both Yoreli Rincon and Lady Andrade make a transformation from villain (at the previous international tournaments) to hero has been remarkable. With that being said, they have a tall, tall order against the United States in the second round, especially without goalkeeper Sandra Sepulveda, who needlessly picked up a second yellow card late in Wednesday’s game. Anything can happen, but they’ve only put six shots on frame in three matches and scored on four. I think the percentages, fatigue, and the talent gap are due to end their run on Monday. But kudos nonetheless.

Ticas offer hope: Costa Rica was so tough at World Cup qualifying and they showed it again on their first trip to the World Cup. They stole a stoppage time point from Korea Republic in their middle match and hung with an albeit not full strength Brazil team for most of 90 minutes. For Costa Rica they will leave Canada in the same boat as teams like Nigeria, Ivory Coast, Thailand, and even Colombia (who are still in the tournament). If they can get their national federation behind them, the sky is the limit. Last year wthereas a huge one throughout Costa Rica soccer so maybe the Ticas can find some support in that wave.