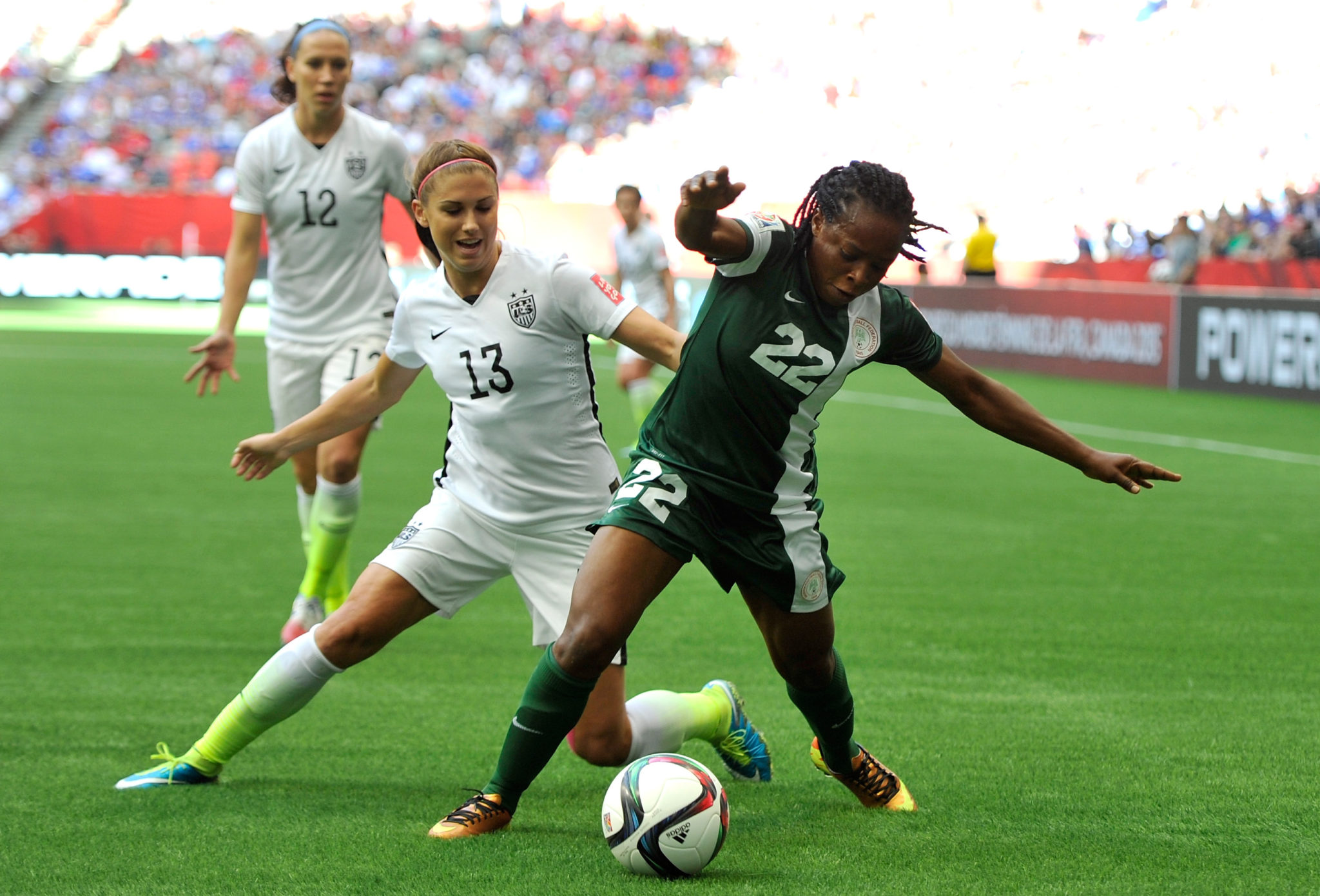 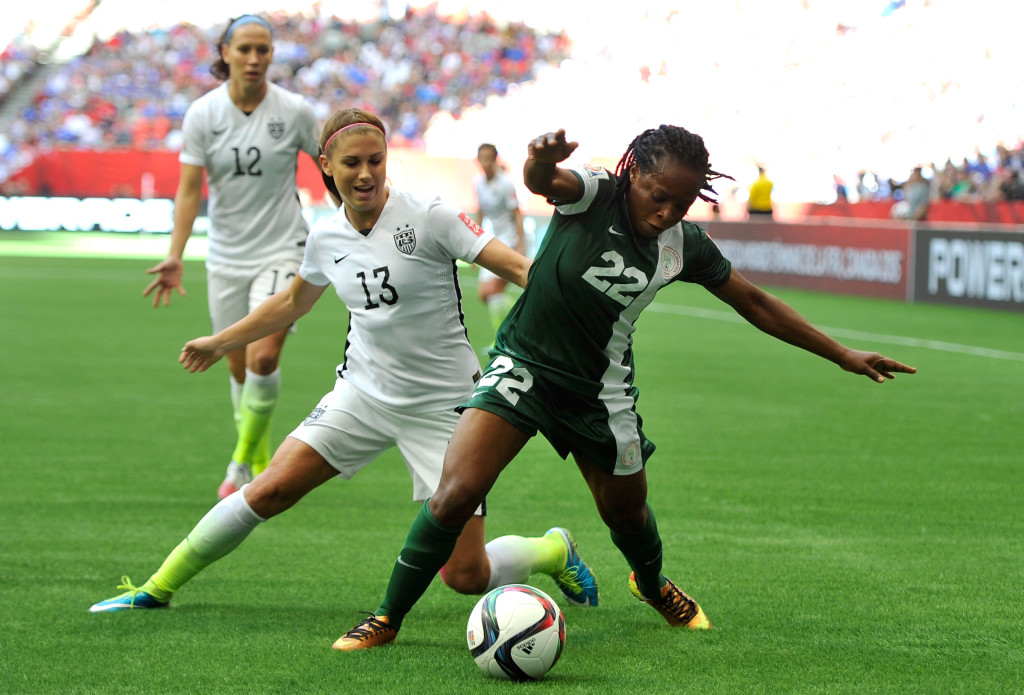 VANCOUVER, British Columbia – Abby Wambach’s goal on Tuesday lifted the United States to a 1-0 win over Nigeria at BC Place, sending the U.S. through to the knockout stage as the first-place team in Group D.

Becky Sauerbrunn and Julie Johnston were once again the players of the match for the Americans, shutting down Nigeria’s attack and thwarting of any dangerous chances. Sauerbrunn has been the United States’ best player in the tournament, as I wrote after Friday’s scoreless draw with Sweden.

Defense has carried the U.S., which still found it hard to score more than a goal against an otherwise pretty leaky Nigeria defense (five goals conceded in two matches entering this match).

But that remains a constant from the first two matches. These are three observations from the United States’ 1-0 win over Nigeria on Tuesday:

Morgan still finding sharpness: Alex Morgan started her first World Cup match and started her first match since April 4 for the United States. She had two golden opportunities in the match but was denied by Nigeria goalkeeper Precious Dede twice early in the second half. Morgan should have finished the second opportunity, but ultimately, her 63 minutes on the field could pay dividends in the long run as Morgan works her way to full-match fitness. Morgan says she felt fast and fit.

“I feel really good here getting the start and getting the 65 minutes,” she said. “I think that was the perfect amount of time.”

Appreciating subtleties from Wambach, Rapinoe: In an interesting role reversal, Abby Wambach was exceptional with her feet on Tuesday but remained out of sync in the air, missing an open header on a corner kick minutes before her left-footed volley that proved to be the match-winner. Wambach’s hold-up play checking back underneath into the midfield was exceptional, and her flick-on passes thrice created opportunities for the U.S. in the first half. Megan Rapinoe also deserves credit for her ability to always find dangerous space and very artfully draw – and sell – fouls. It earns the United States set pieces, where the Americans will always be dangerous.

“I thought she held the ball up well,” U.S. coach Jill Ellis said.

Midfield shape still taking shape: Jill Ellis said the day before the match that her team can leave its midfielders “on an island” at times. Ellis’ goal coming into the match was to provide outlet options for Lauren Holiday and Carli Lloyd and to get those two central midfielders to stagger more and give the U.S. less of a flat shape and provide more depth in the middle of the park. There was progress there on Tuesday, progress which can be built upon heading into the Round of 16.