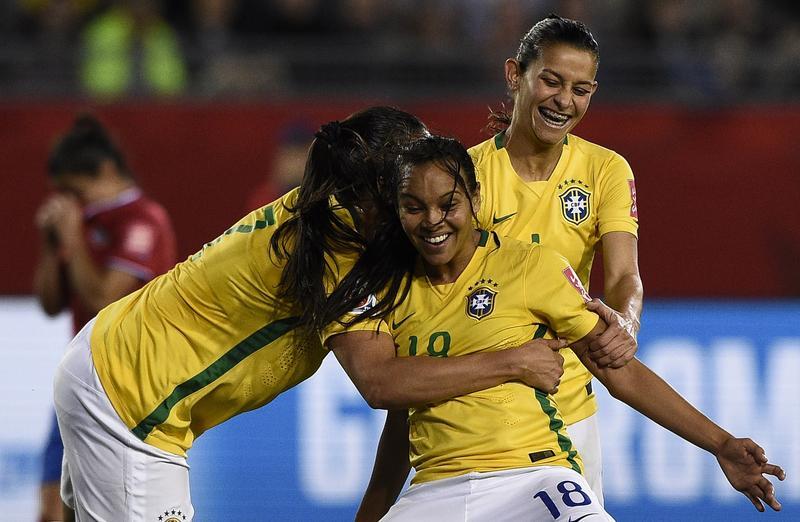 Raquel Fernandes scored in the 83rd minute to lift Brazil to a 1-0 win over Costa Rica and keep the Samba Queens perfect in group play.  The loss put Costa Rica out of their first World Cup with two draws and a loss.  Brazil joined Japan as the only sides to win all three group matches and are the only one to do so without conceding a goal.  They already knew before kickoff that their Round of 16 match would be Sunday against Australia.

The crowd at Moncton Stadium broke out into “Marta” chants in the second half but Vadao kept the former World Player on the Year on the bench with nothing to play for on the night.  Cristiane and Formiga also remained on the bench.

There were multiple late scenarios that would have seen Costa Rica move into a scenario where their fate would have been decided by a drawing of lots.  As they pushed late for an equalizer they knew a 1-1 draw would have leveled them with Sweden for the final third place slot.  After that did not happen, the Ticas could have drawn lots with Spain had that match ended 2-2, but Sonia Bermudez’s last-ditch free kick hit the cross bar.  That ended Costa Rica’s first trip to the Women’s World Cup.