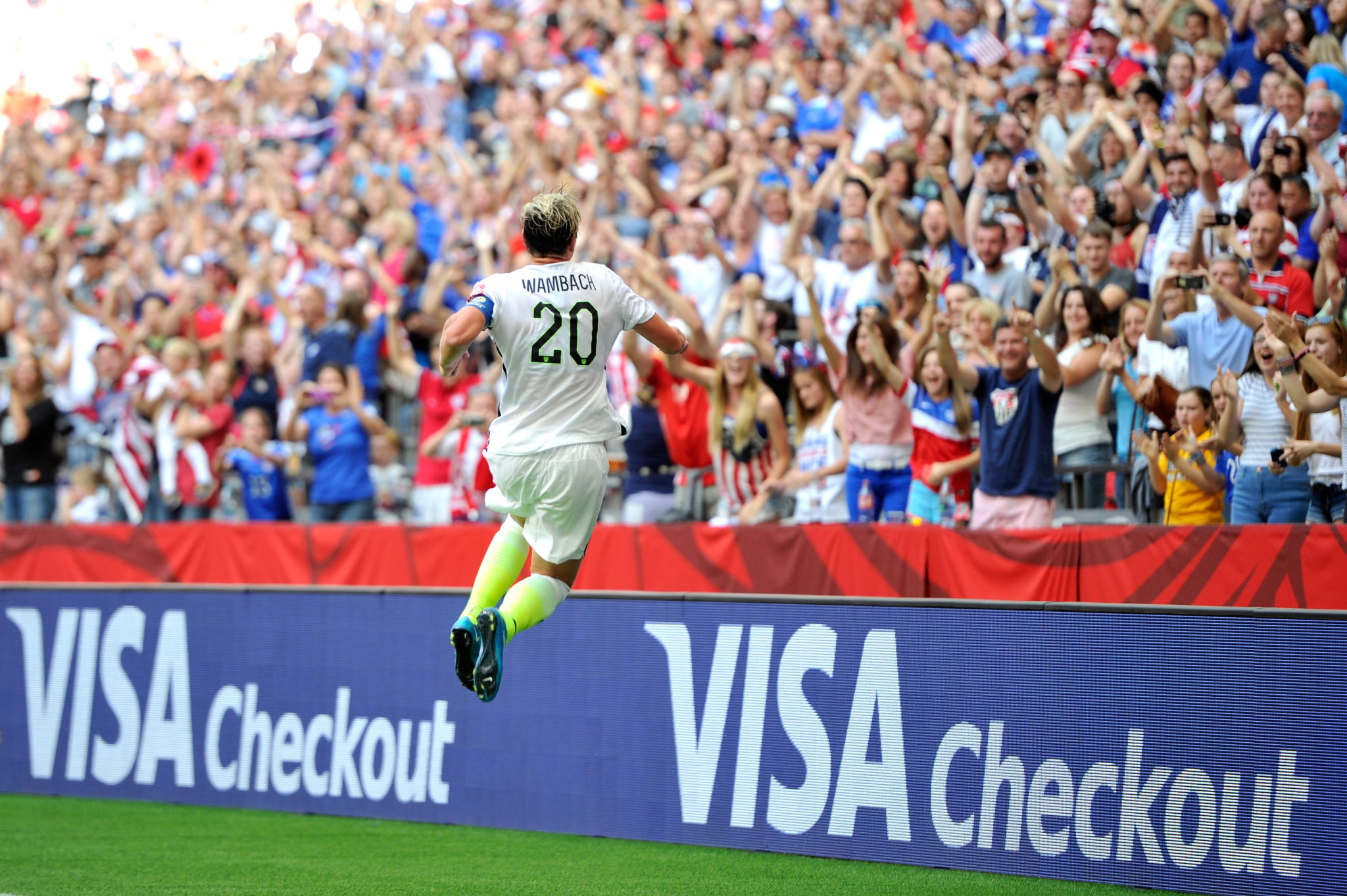 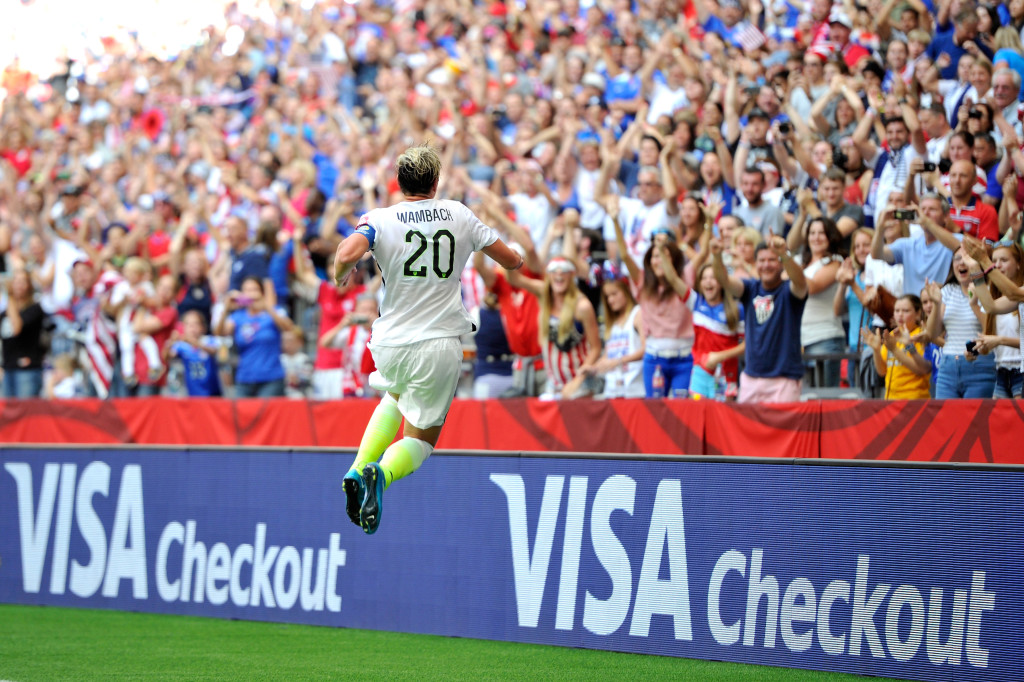 Abby Wambach scored the game’s only goal to lift the United States past Nigeria, 1-0. The victory ensured the U.S. would win the group after already clinching a spot in the Round of 16 thanks to Cameroon’s victory over Switzerland earlier in the day.

[ KASSOUF: Three things learned in US’ win over Nigeria ]

Wambach was paired with Alex Morgan up top, a combination that produced historic numbers and led to an Olympic gold medal in 2012. On Tuesday, half of that pairing produced the goal that was needed in a pivotal game.

That’s a spot-on description of Abby Wambach, by Abby Wambach. She has been the central character in this winning equation for over a decade, scoring a goal in the group stage of each of the last four World Cups. And even at 35 years old, she is still the focal point on this team of stars. She’s too clutch not to be.

Wambach’s role has been scrutinized by pundits for months leading into her fourth World Cup. Her scoring against the world’s top teams has declined. She chose to sit out the National Women’s Soccer League season to train on her own ahead of the World Cup. Even her aerial game, as evidenced in the first three matches at this World Cup, isn’t what it used to be. She missed another open header on Tuesday minutes before her goal.

[ KASSOUF: Defense making the difference for US women at World Cup ]

But on Tuesday, Wambach was effective with her feet, scoring with her left foot and checking back deeper frequently in the first half to combine with her midfielders and create attacking opportunities.

Morgan started her first World Cup match in eight appearances at this competition. Wambach and Morgan enjoyed a record-smashing year together in 2012, when Morgan joined Mia Hamm as the only player to register 20 goals and 20 assists in a year (Morgan had 28 goals and 21 assists that year). Wambach scored 27 goals and tallied eight assists in 2012.

“I think me and Abby play really well with each other,” Morgan said after Tuesday’s match. “I think we complement each other really well, so I was really happy to get the start with her. But we have so many threats off the bench that you pair any two forwards together and we’re going to do our best together.”

The Morgan-Wambach pairing has been the best duo over the past three years. On Tuesday, it only produced one goal, but it got the job done with an assist from another rock-solid defensive performance from Becky Sauerbrunn, Julie Johnston & Co.

Up a goal and a player late, Ellis turned to veterans Christie Rampone, who turns 40 this month, and Shannon Boxx, who turns 38 this month, to close out the game defensively.  Rampone slid in at left back. She said she was told to not let Nigeria’s speedy players get in behind, and to use her “experience and leadership to just end off that game.”

There’s a notion that this U.S. team will go as far as Wambach is able to take it. That’s overstating things, sure, and it would mean putting a lot of eggs in one basket of a player who can’t and won’t play 90 minutes in every match.

But there is some truth in that statement. Wambach is the team’s emotional leader. She wore the captain’s armband on Tuesday and she was buzzing from the moment she came out of the tunnel for pregame warm-up, sprinting ahead of her teammates, who jogged out to the field in front of a near-capacity crowd of 52,193 fans who were predominantly supporting the United States. Wambach had a black-out type of moment when she made that crowd erupt with her goal. (“I literally don’t know what happened after we scored that goal tonight,” she said.)

“She embodies a lot of the spirit of this team and our program,” Ellis said. “Her leadership is tremendous, her spirit is fantastic.

“When I met with her early (in the build-up to the World Cup) I said, ‘listen, I’ve not pre-determined your role. I said your role will be as big as you can deliver. That’s exactly what I said to her.”

Wambach spoke postgame about how much she thrived off pressure-packed, electric environments like the one that Vancouver produced on Tuesday. She and her teammates will face more of that now in the knockout stage (the U.S. women will learn their opponent – a third-place finisher from Group B, E or F – on Wednesday).

“Now it’s do or die,” Wambach said. “You’ve got to win to move on. That changes the way, not necessarily that we’ll play, but how the games will feel. Having the confidence going into those games is good.”

Confidence, desire and belief aren’t always enough against the world’s best teams, as the United States has learned in recent months with losses to France and Brazil. But those things, along with the rest of the pieces, could just be enough to win a seven-game tournament. That’s what matters right now.