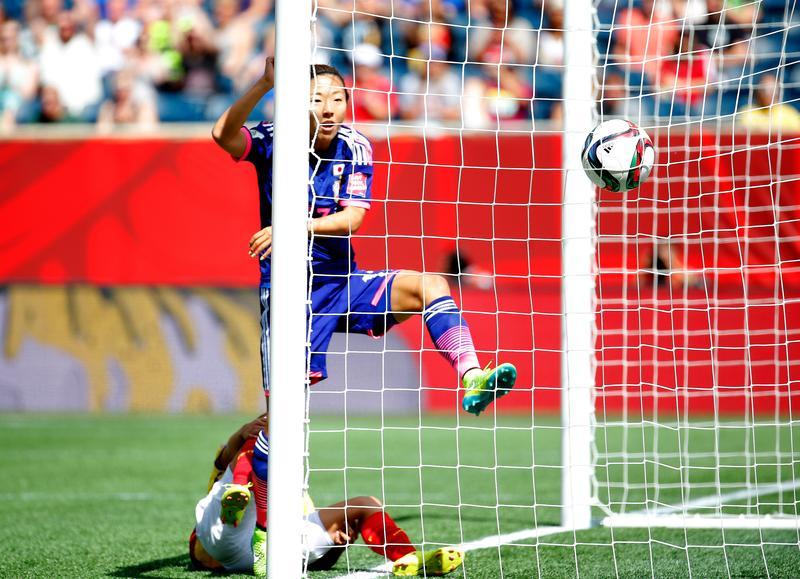 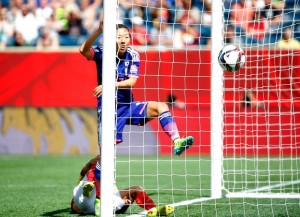 Yuki Ogimi scored in the 5th minute and Japan held sway for a 1-0 victory over Ecuador that secured top spot in Group C with the full complement of 9 points.  Ecuador, outscored 16-1 in losses to Cameroon and Switzerland, played by far their best match of the tournament and appeared pleased to have held the world champions to a close match despite finishing group play last of the 24 teams at the World Cup.

Japan knew they were through no matter the result and made several lineup changes for the final match before the pressure kicks in.  Among the changes was putting Miho Fukumoto in goal for the third different Japanese starter in as many matches.  Ecuador welcomed back captain Ligia Moreira who was sent off against Cameroon and forced to miss the middle match against Switzerland.

Japan struck early.  A 5th minute cross came whipping into the box off the foot of Mizuho Sakaguchi.  Ecuadorian keeper Shirley Berruz came out to challenge but missed it.  Yuika Sugusawa was able to get a foot to it, knocking it toward the far post.  Ogimi raced it to beat Angie Ponce to the ball and smashed it off the crossbar and in.

Japan continued to carry a majority of the play but were not able to add to their lead.  Ecuador rarely threatened offensively but played a much more disciplined match.  Berruz made no further mistakes and will go home with the record for most saves in group play at the Women’s World Cup.

For their part Japan showed little killer instinct, perhaps because they were saving it for what they hope will be four must-win matches.  The first of them will be in a week’s time at BC Place in Vancouver against the Netherlands, Thailand, or a team from Group F.